March 1983
The compact disc - the biggest technological breakthrough in home listering since stereo - is launched in Britain this week.

We are just two days away from 'a new era of technical brilliance', if the 1 milion pound publicity campaign for the compact disc is to be believed. Inevitably, that campaign is being spearheaded by Japan. Although the new system was invented and developed by Philips in Holland, its disc player will face competition in the shops from four Japanese models: from Sony, Marantz, Toshiba and Hitachi. 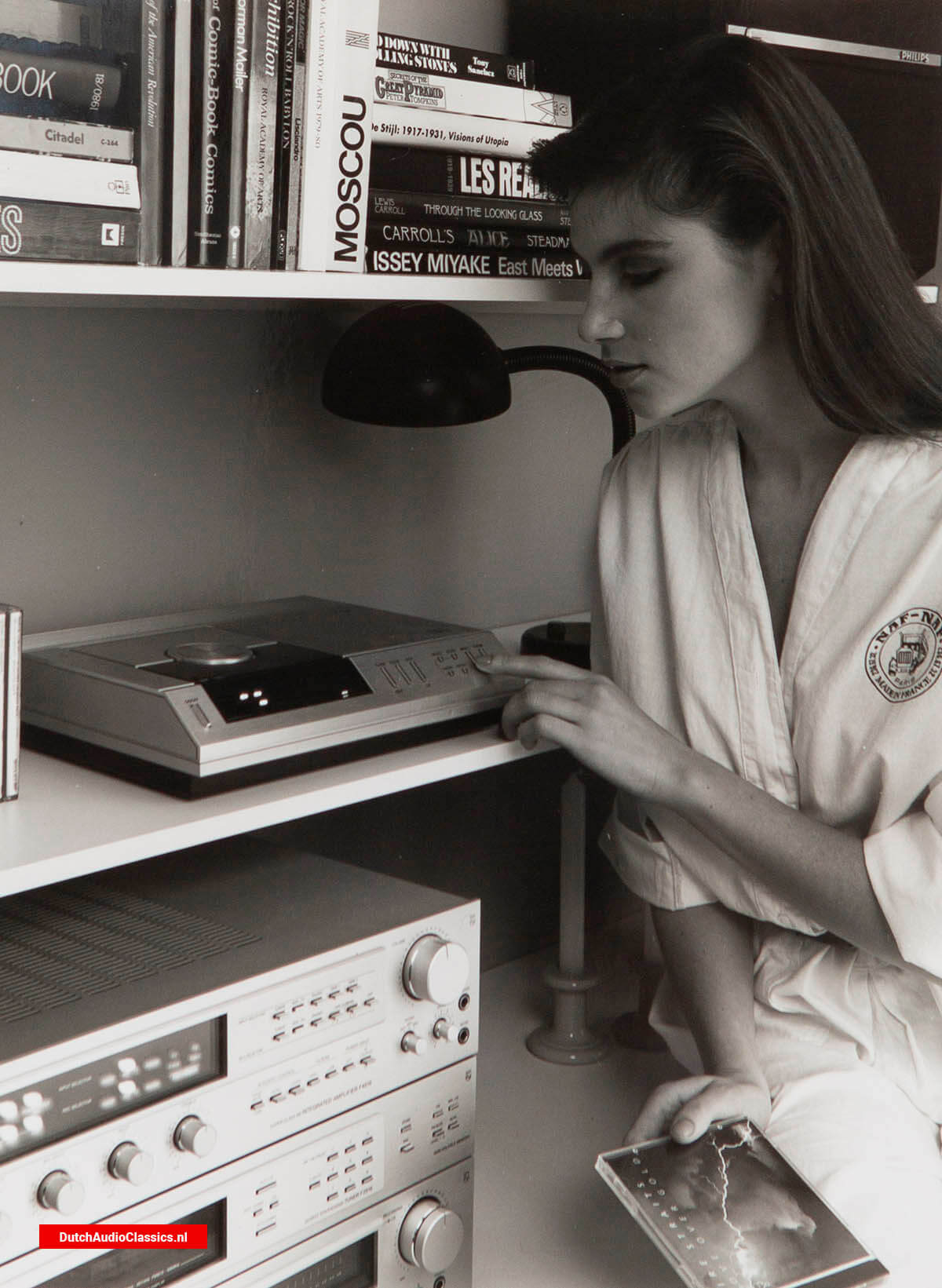 The Philips CD100 player connected to standard hi-fi in a home setting. The Philips CD100 will be the smallest Compact Disc player available from any manufacturer initially, measuring 32cm x 26cm x 6.75cm. Philips have designed the Compact Disc system so that the user can pre-select tracks from a disc and programme the player to play them back in any order.

Such is the momentum of the Japanese advance that all but four of the 20 companies which expect to have players on display at the Berlin Audio Fair in August are Japanese; none is British. 'The small firms who make up most of the British audio industry do not have the financial muscle for that scale of investment,' says Raymond Cooke, president-elect of the Audio Engineering Society. 'The best we can do is to buy in players from Japan and have them customised to a British brand name.'

The new disc departs completely from the Edisonian system of using a styles to pick up sound vibrations from grooves in a record. Instead, it uses a laser beam to 'read' digitally-encoded information and pass it to an amplifier. This eliminates the scratch, hiss and hum that inevitably accompany neelde touching groove, or tape touching metal head. The system also virtually eradicates wow and flutter, vastly improves stereo separation and expands the dynamic rang - the difference between very soft and very loud sounds. Since the disc is not touched by a stylus, it can ben played indefinitely without deterioration.

Compact discs are being manufactured at present by Sony Japan, and at Hanover, West Germany, at a 10 million pund pressing plant set up by PolyGram, the music subsidiary of Philips and Siemens. Nearly all th top record companies have arranged to produce discs at one of these two factories.

The only exception is EMI, which objects to having to pay a royalty of 3 US cents per disc for use of the technoloy. The board of EMI Music met last week in London, amid warnings that the company's record sales and prestige could suffer, but failed to reach a decision on compact disc.

However, EMI is not alone in its caution. Many in the industry - even in Tokyo - believe that the Japanese may have rushed in too quickly, desperate to engage their giant electronics industry in a new product and worried by the plummeting demand for LPs and turntables. 'Compact disc is more a need of the industry than of the public,' says the City analyst Keith Sykes.

It is less than four years since Sony entered the compact disc stakes by making an agreement with Philips - which spent 15 years in research on the technoloy - to cooperate in a single worldwide format for the disc (thereby avoiding the disastrous competition in formats that killed off quadrophonic sound in the 1970s).

In April 1981 the final version of a prototype player was produced at the Salzburg Festival by Philips and Sony and demonstrated by the conductor Herbert von Karajan, a technology addict. 'All else is gaslight,' pronounced the maestro.

Last October the disc was launched in Japan, where the public response exceeded the manufacturers' hopes. Stocks of discs and players vanished from the shops within weeks. About 30.000 players and 300.000 discs were brought in three months, and supply is still nowhere near satisfying demand. The reaction, says Ian Duffell, Sony UK's marketing manager, 'was bigger than video'.

All companies have now revised their estimates upwards. Sony expects to sell 20.000 cdplayers in Britain by the end of 1983, as many as Philips, Marantz, Toshiba and Hitachi combined. The cdplayers will cost between 430 and 550 pound and can be attached to existing amplifiers and stereo systems. The price, though steep, is no higher than that of a top quality conventional turntable, tonearm and cartridge. It will begin to fall quite rapidly as soon as newer models come on the market.

Operating the player is simple. You connect it to the 'tape' or 'auxiliary' socket in a standard amplifier, insert a disc and press 'play'. There is no fiddling around with arms and cartridges, and no dusting is necessary. 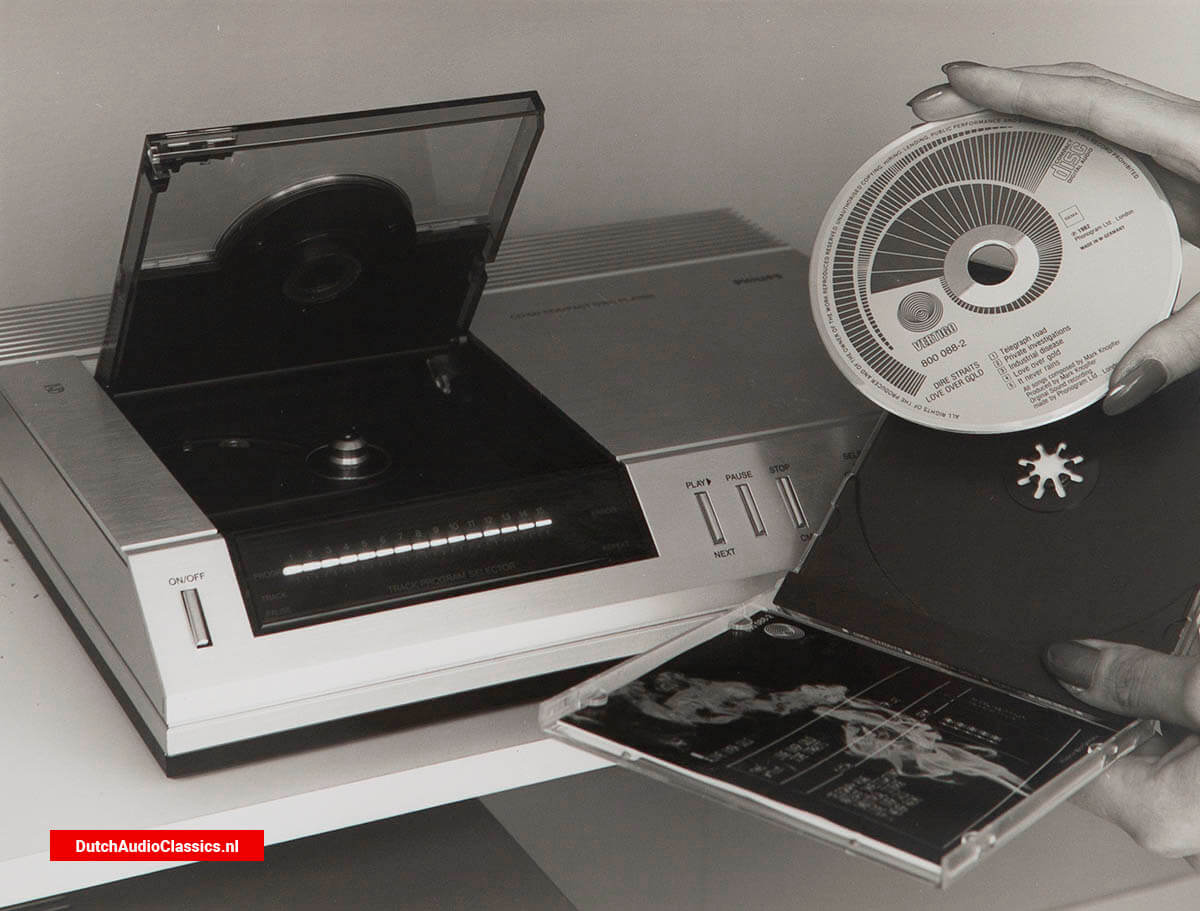 The Compact Disc system has been carefully planned to the smallest detail. While one side of the tiny 12cm diameter disc contains full track information, the packaging has been designed to provide a booklet containing up to 20 pages of information.

The initial repertoire available on compact disc is restricted principally to bestselling classical and pop albums. About 300 titles will go on sale this week, two-thirds of them from PolyGram group labels such as Deutsche Grammaphon, Philips, Decca, Polydor, Mercury and Verve. CBS is launching 26 discs, Chrysalis 10, RCA nine and several other companies have a few titles each.

Although this catalogue will treble in size by the end of the year, a full cycle of Beethoven's symphonies - let alone his piano sonatas - cannot yet be envisaged. Nor will the complete work of Simon and Garfunkel or Elton John be available in the forseeable future. The luanch list contains one Beethoven symphony, one sonata recording and one disc each of the main pop artists. A few older recordings are included, among them Ella Fitzgerald and Louis Armstrong in Porgy and Bess.

While this week's launch in Britain, France, Holland and West Germany is of critical importance to the Japanese electronics industry, the final word on compact disc will not be pronounce until the autumn when the new medium makes its American debut. Until two months ago the American record companies - like Britain's EMI - had refused to commit themselves. But the disc's instant success in Japan has prompted CBS to invest 20 million dollars with Sony to build a pressing plant in the United States.

Two independent factories will also be founded in Britain. The monmouth-based record company Nimbus is constructing a pressing plant at Wyastone Leys in Gwent and London-based group, Forward Technoloy Industries, is planning to build one in the midlands. 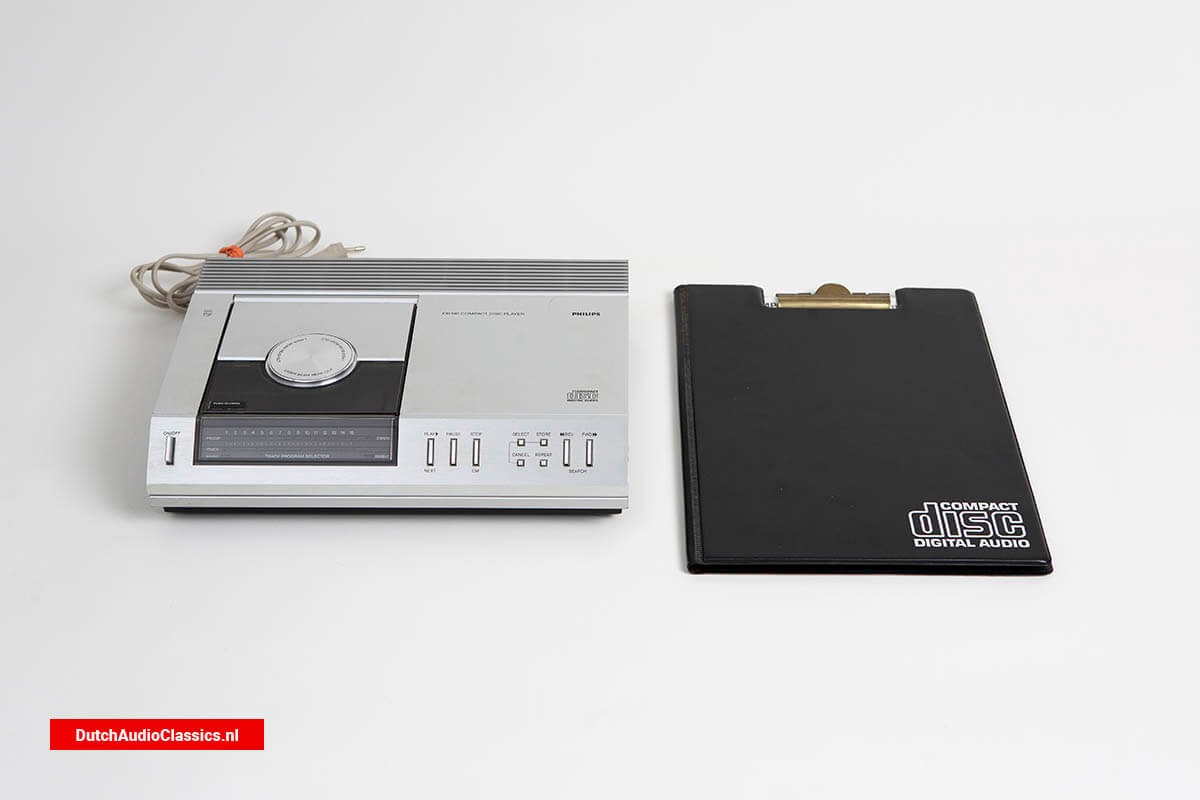 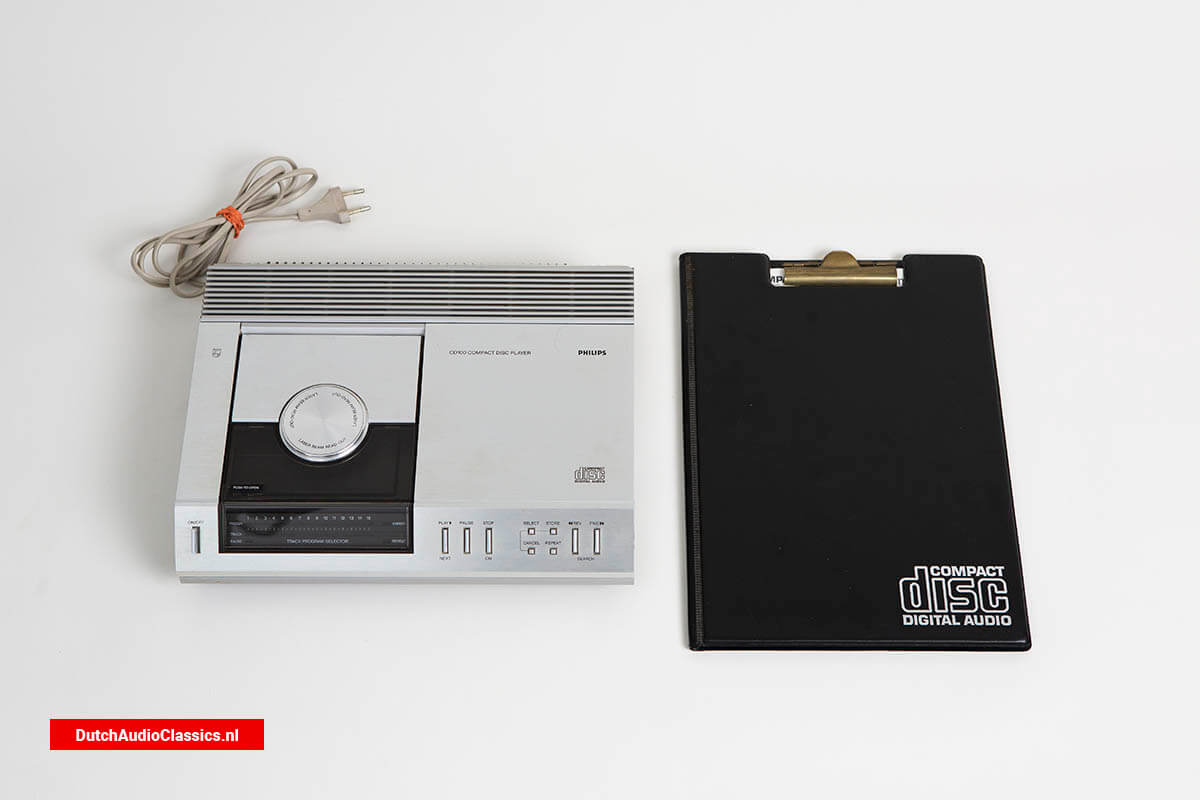 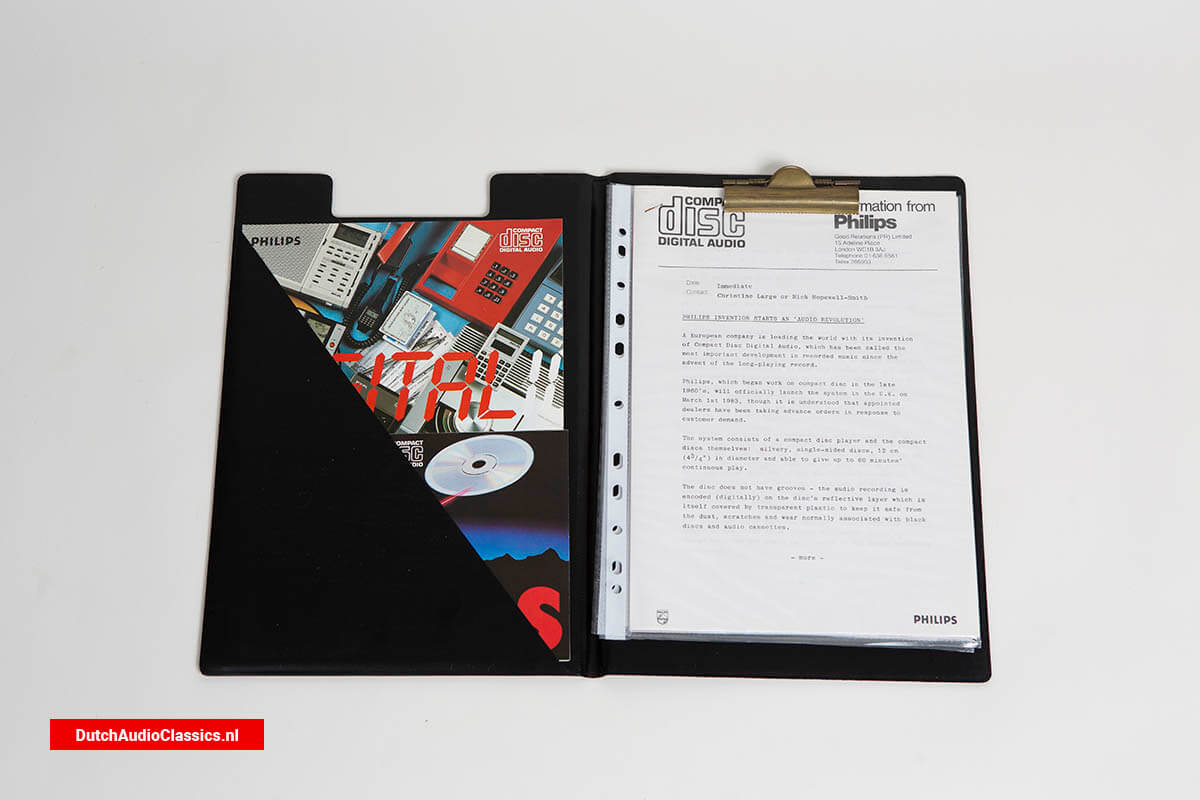 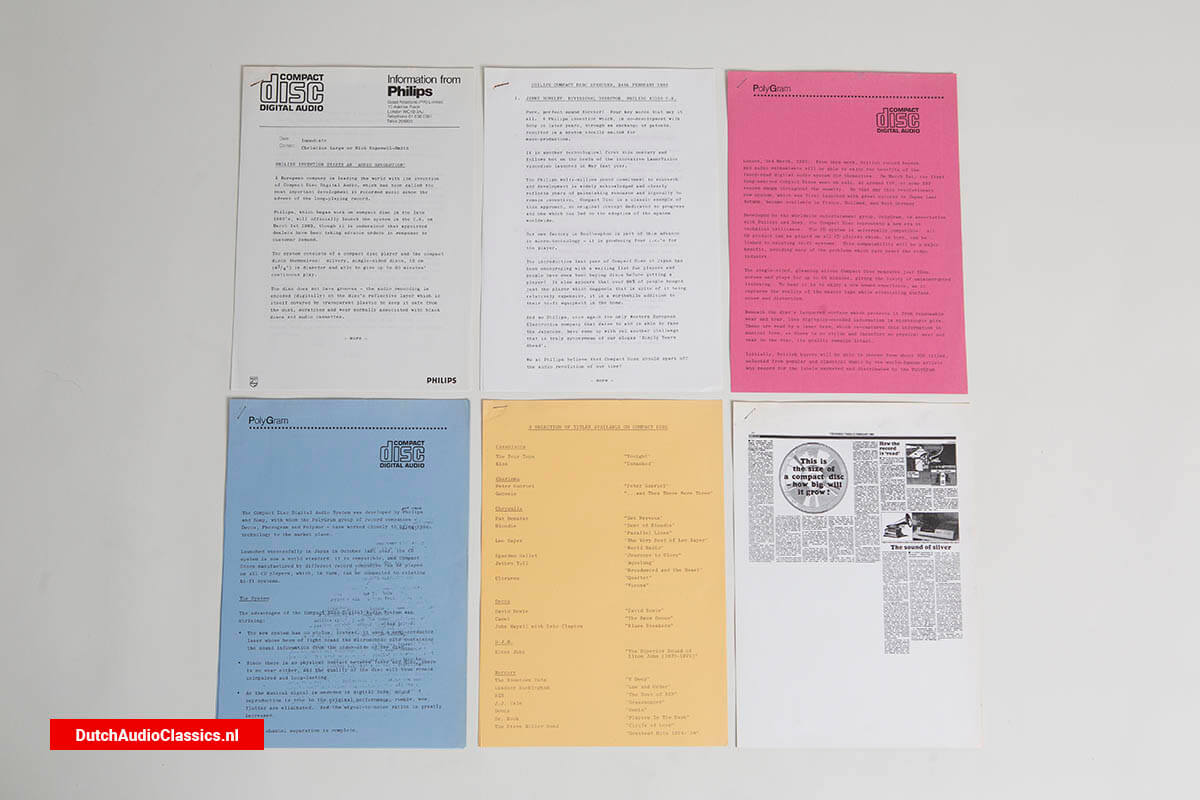 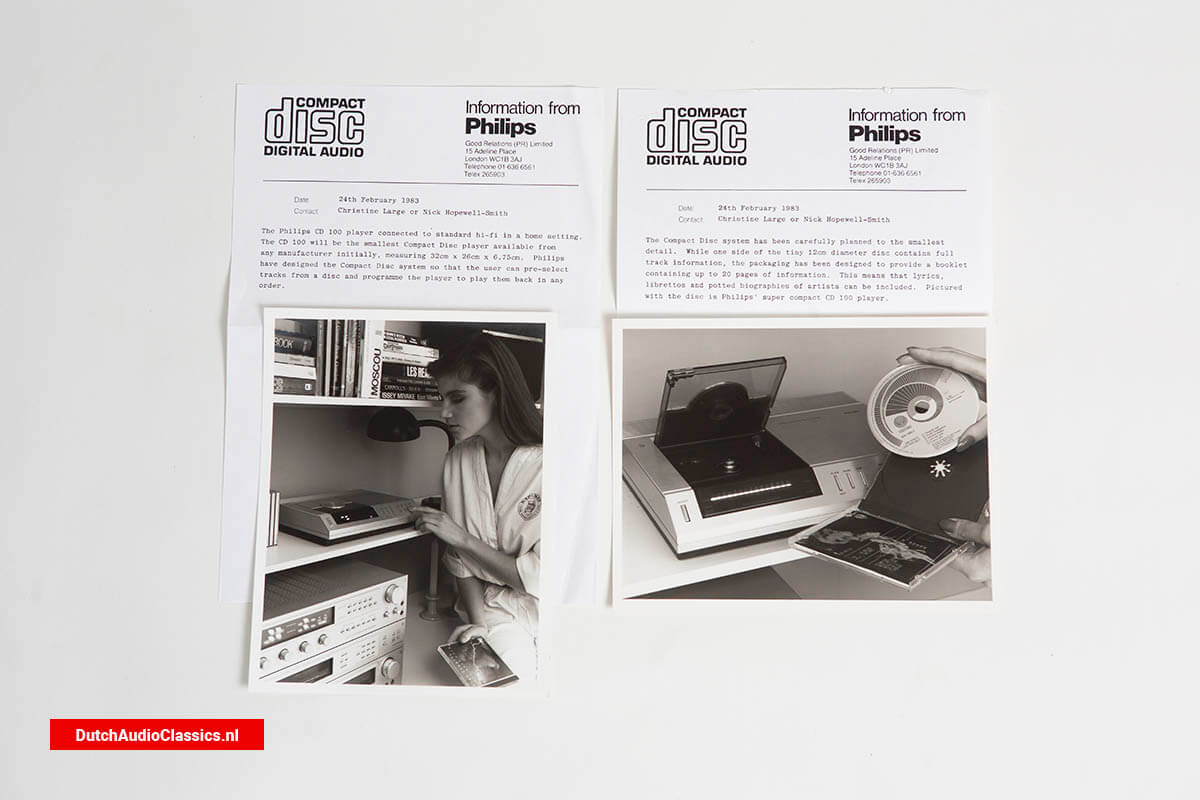 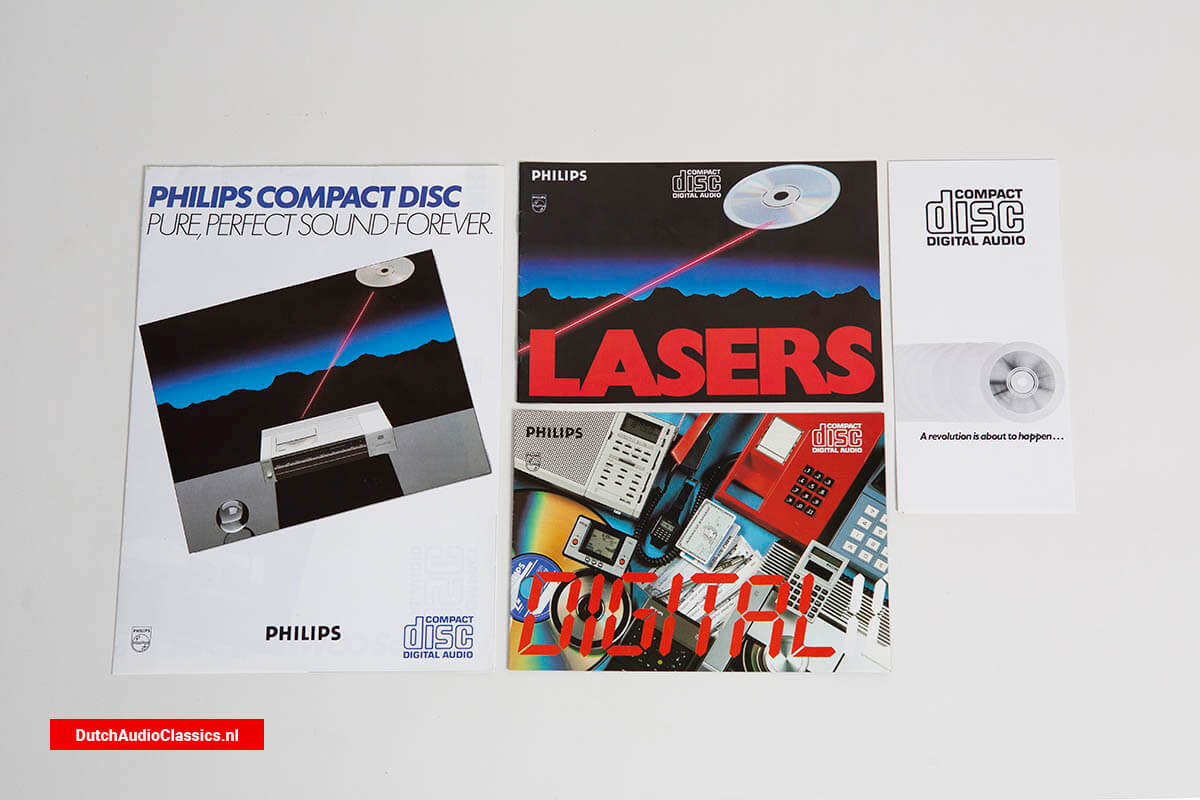 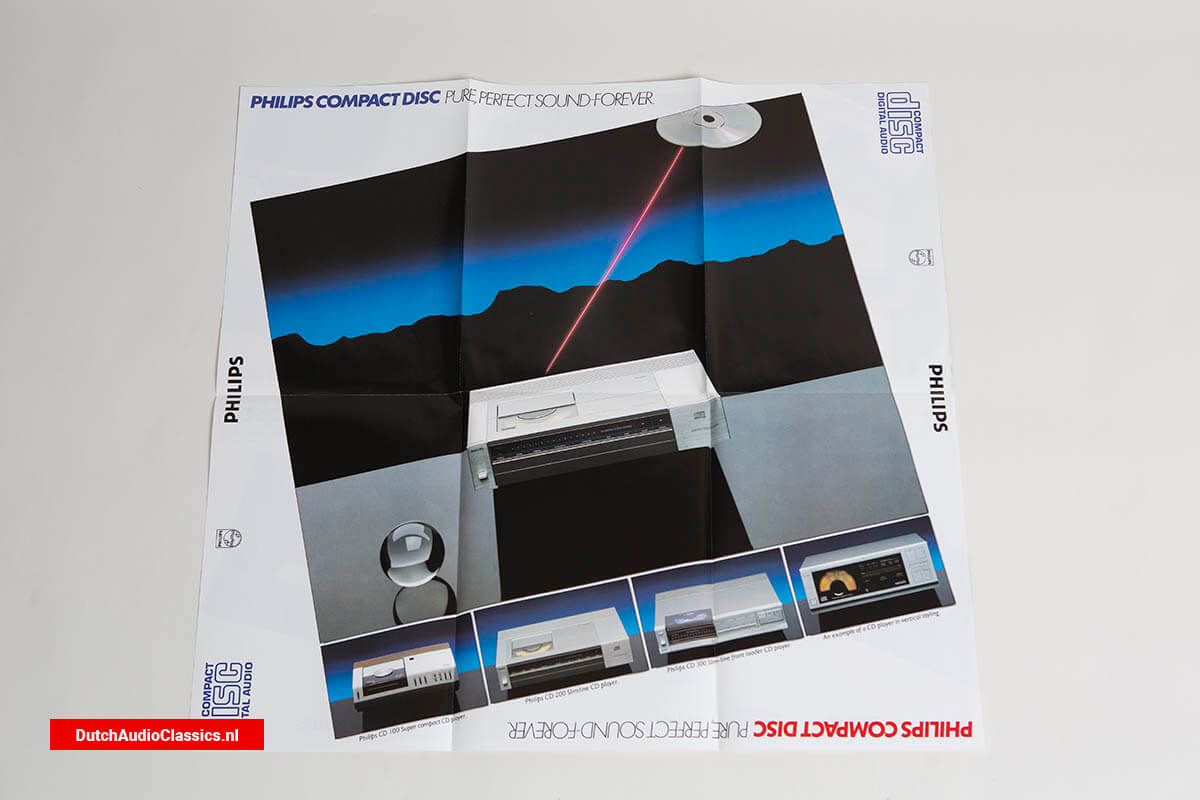 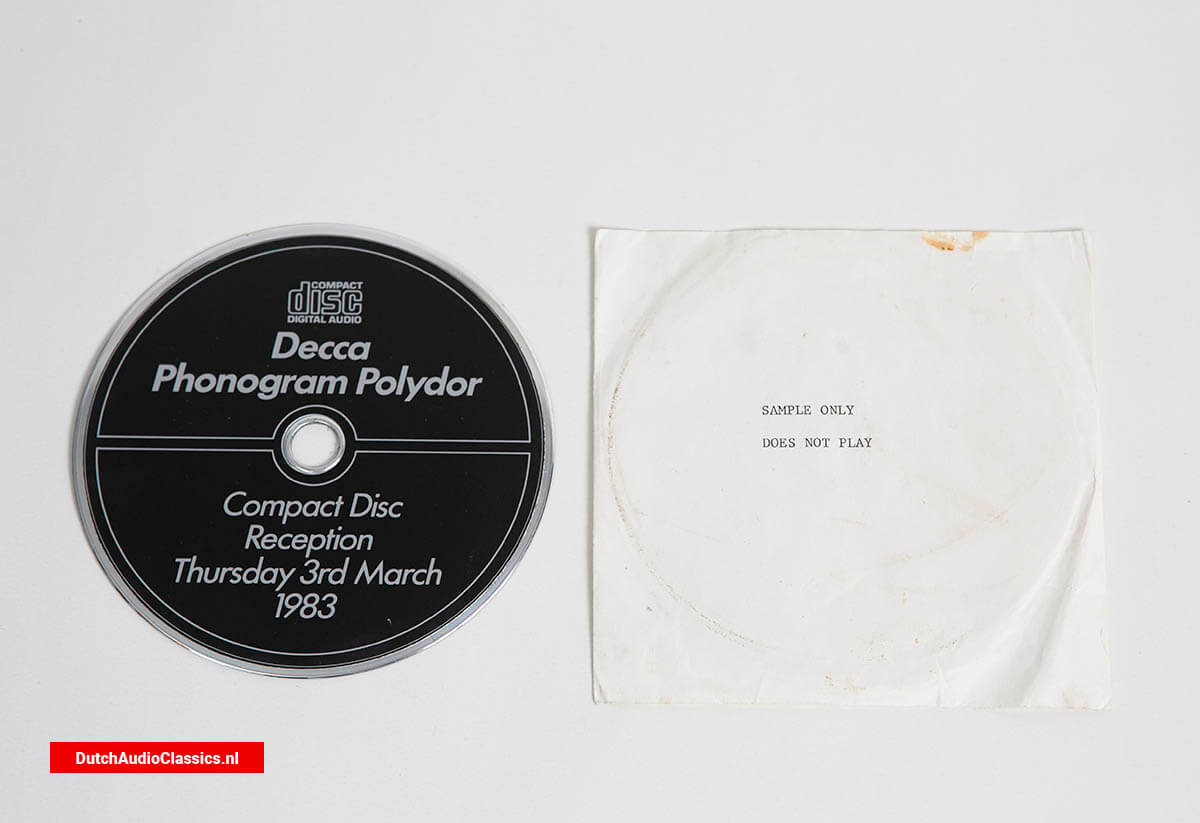 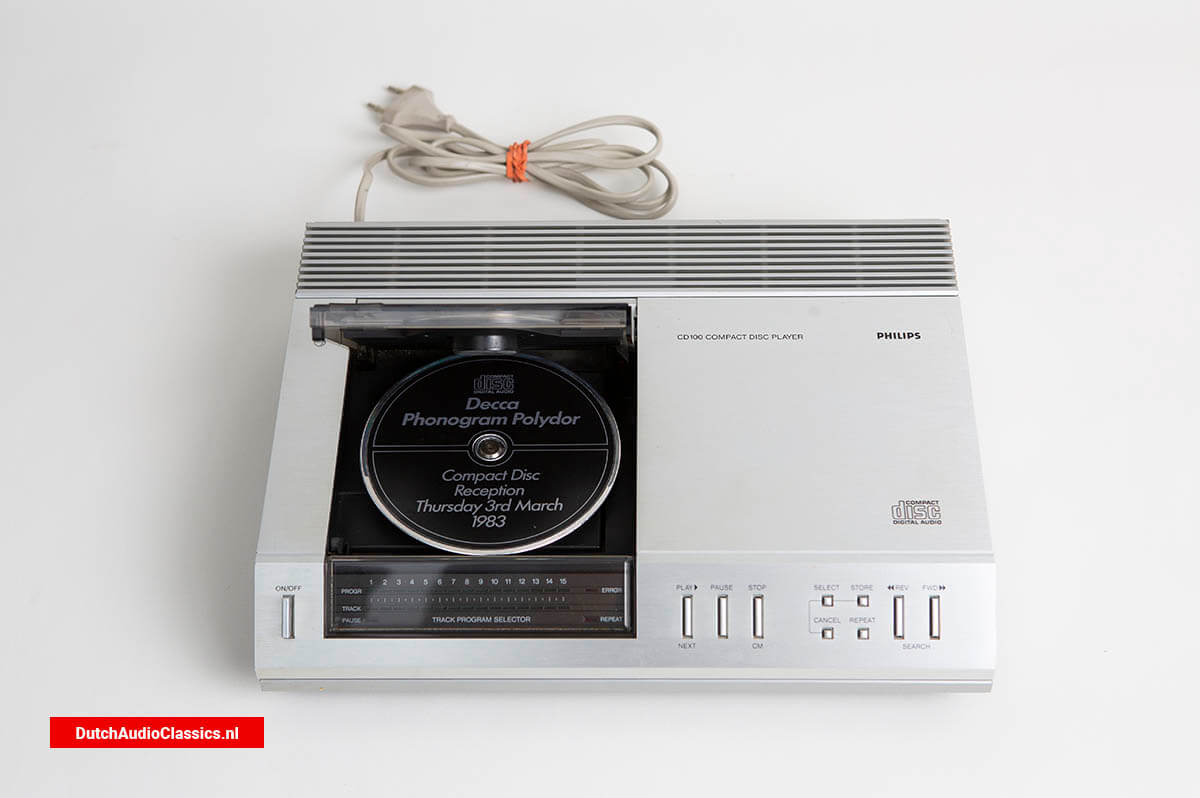