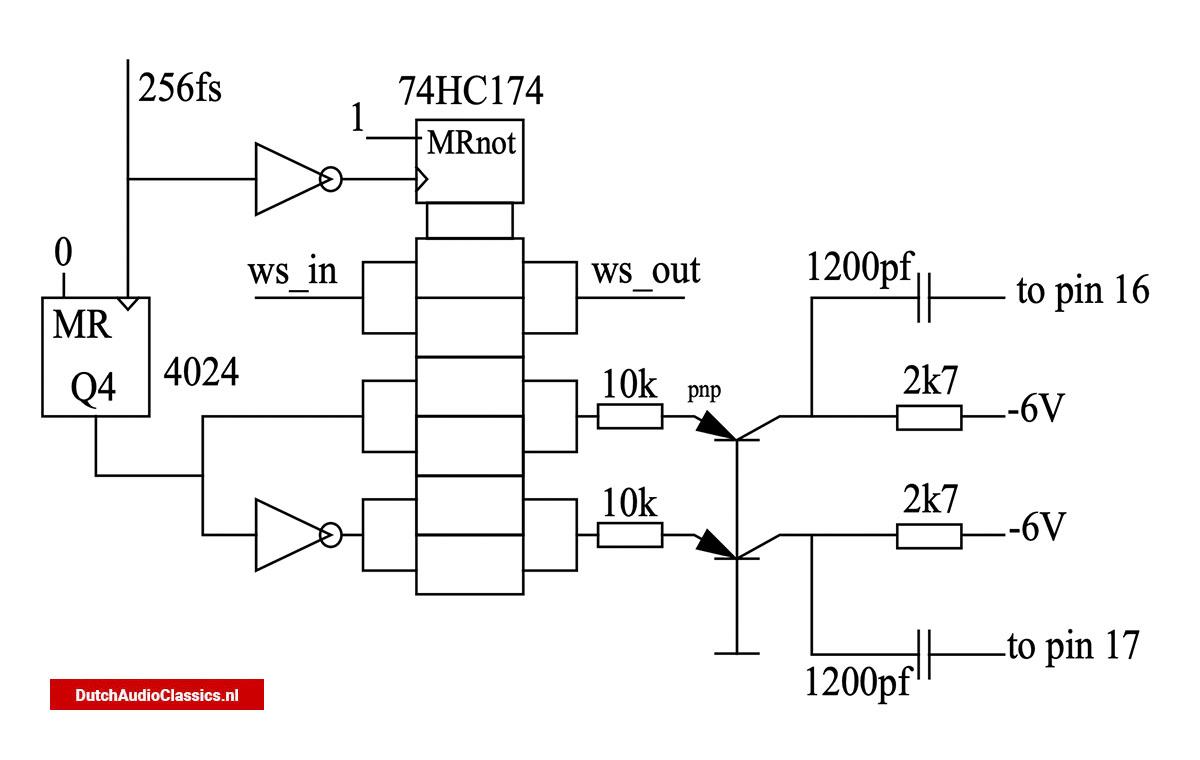 The original frequency was chosen to be 100-200kHz. Interference of this frequency, caused by the data, gives idle tones. Making the DEM frequency a multiple of the sampling frequency causes all errors to fold back on DC. This is why DEMclocking improves the sound. The DEM frequency should be made such that within one sampling period all ALL DEM states are used. This brings us to the choice of 4fs or 8fs, dependent on the speed of the circuits. From this it is clear that clocking the DEM circuit is useful for over-sampled as well as non-oversampled circuits. Over-sampled DAC’s require a higher DEM clocking frequency which is not always possible. However, DEM clocking always improves the sound.

The circuit has to take over the tail currents of the integrated emitter coupled oscillator which are 200uA. The 10k resistors will give 500uA which gives the required drive. An ac-coupling is chosen because the 200uA is process and temperature dependent. The collector supply for the pnp’s is chosen from the existing -6V in the Philips CD960. In the TDA1541 data sheet -5V is specified. The dc-value of the DEM-pins is about -9Volts resulting in only 4V reverse bias at start-up. The collectors of the switching transistors do not saturate, I used pnp switching transistors but expect that BC558’s also can be used. The capacitor at the DEM-pins, if there, is removed. The 200uA of the current sources in the TDA1541(A) cause some sawtooth on the 1200pf caps. The sawtooth may not cross the threshold voltage of the original DEM oscillator, it is not allowed to oscillate.

Apart from listening to music, the ultimate test, something can be measured. Using a test signal at about -40dB makes use of both the passive and the active current divider. If there is a non-linearity here, we can measure this as crossover distortion if the error has a fixed phase with the test signal. Otherwise is will have the crosstalk modulated difference frequency between DEM and sampling frequency. The pictures at the right are calculated but have been measured with the oscilloscope. The TDA1541(A) has some temperature effects but after 20 seconds the chip is isothermal and no effect a seen. With synchronous DEM clocking no crossover distortion is seen or measured on all chips I tried.

Measuring the artifacts of a free running DEM oscillator is with a spectrum analyser or a wave analyser is a problem because of the required low resolution bandwidth. The data dependent crosstalk modulates the frequency. This has as result that to less energy is captured in the low bandwidth. 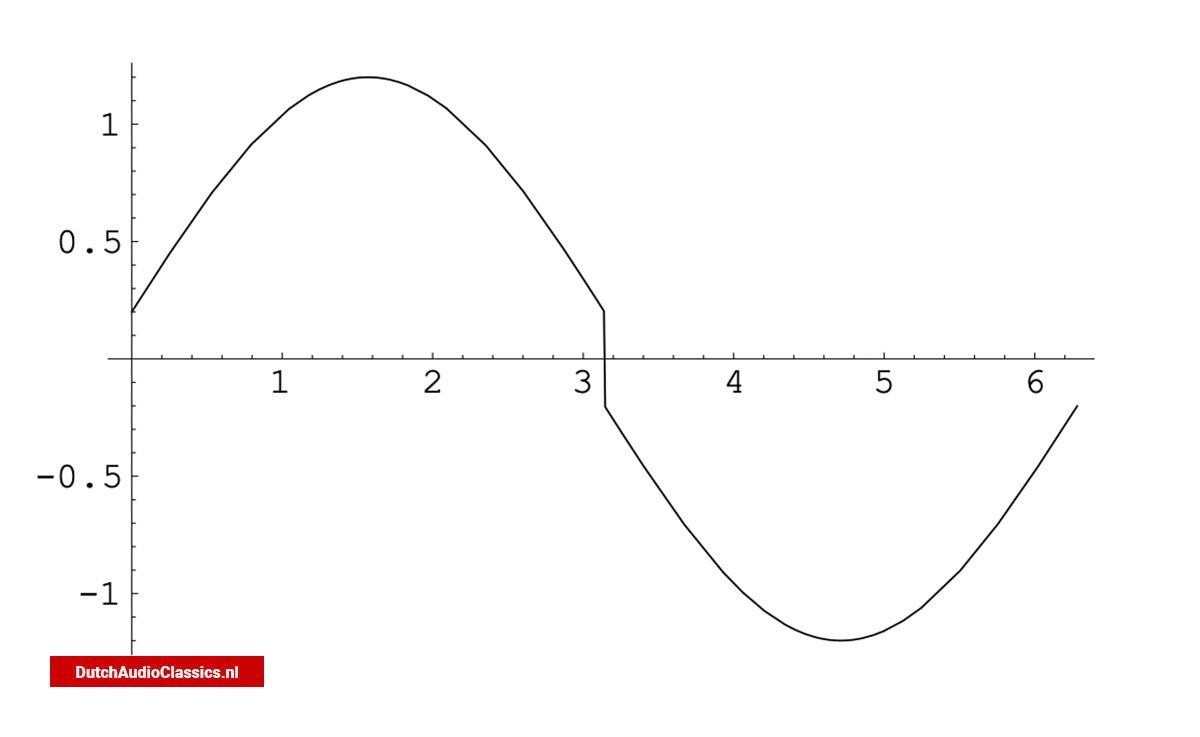 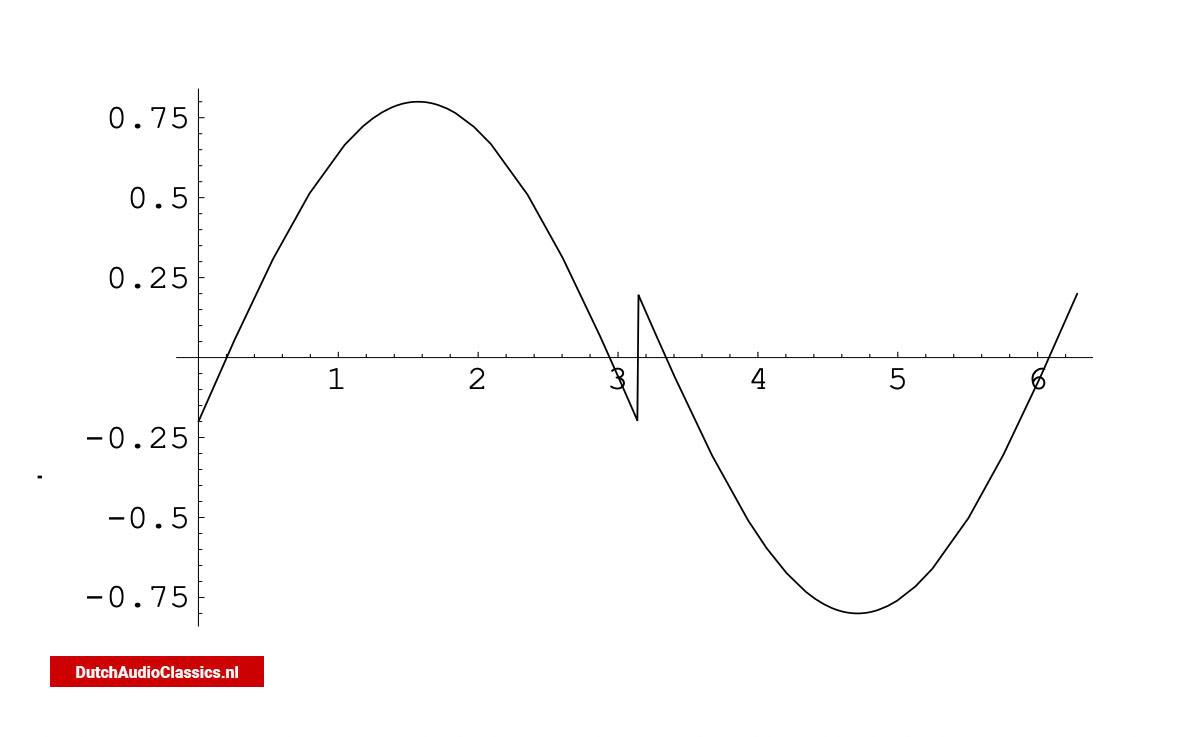 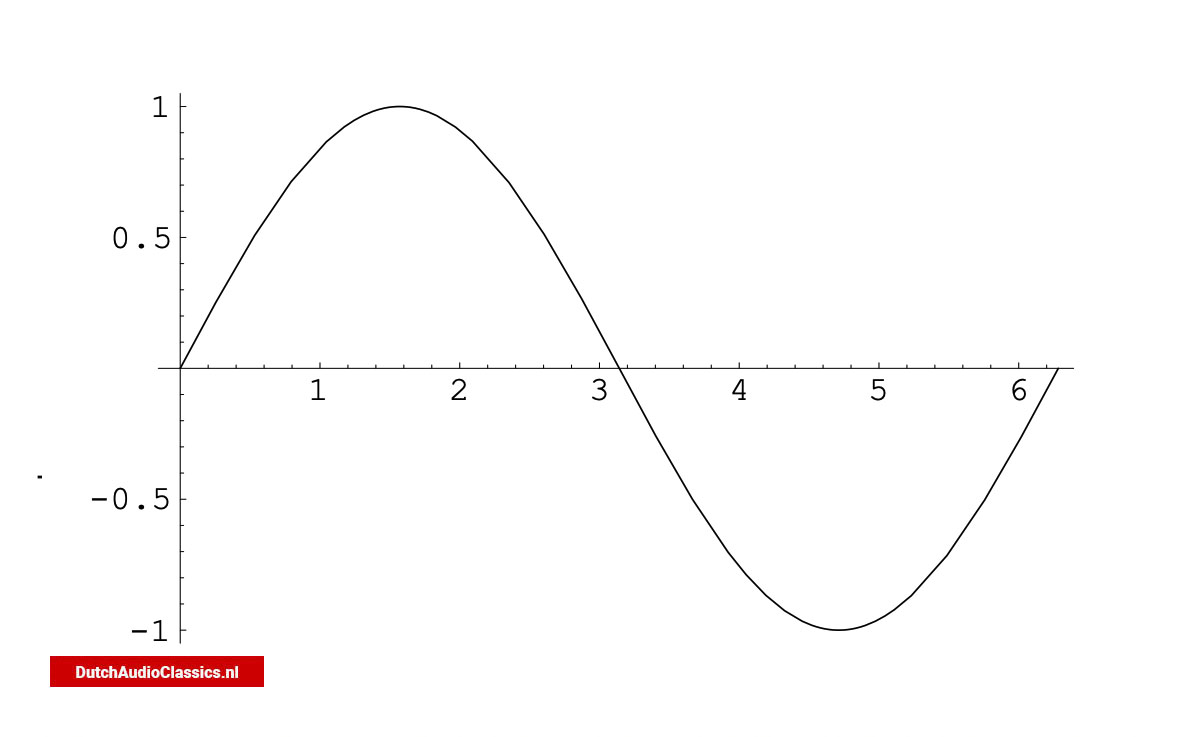