For pioneering contributions to the design of integrated circtuis for data conversion.
Related:

Rudy van de Plassche was born in IJzendijke, The Netherlands, on September 24, 1941. In 1964, he graduated from Delft University of Technology. In 1989, he obtained his Ph.D. from the same univiersity. The title of his thesis was: "High-Speed and High-Resolution A/D and D/A Conversion." 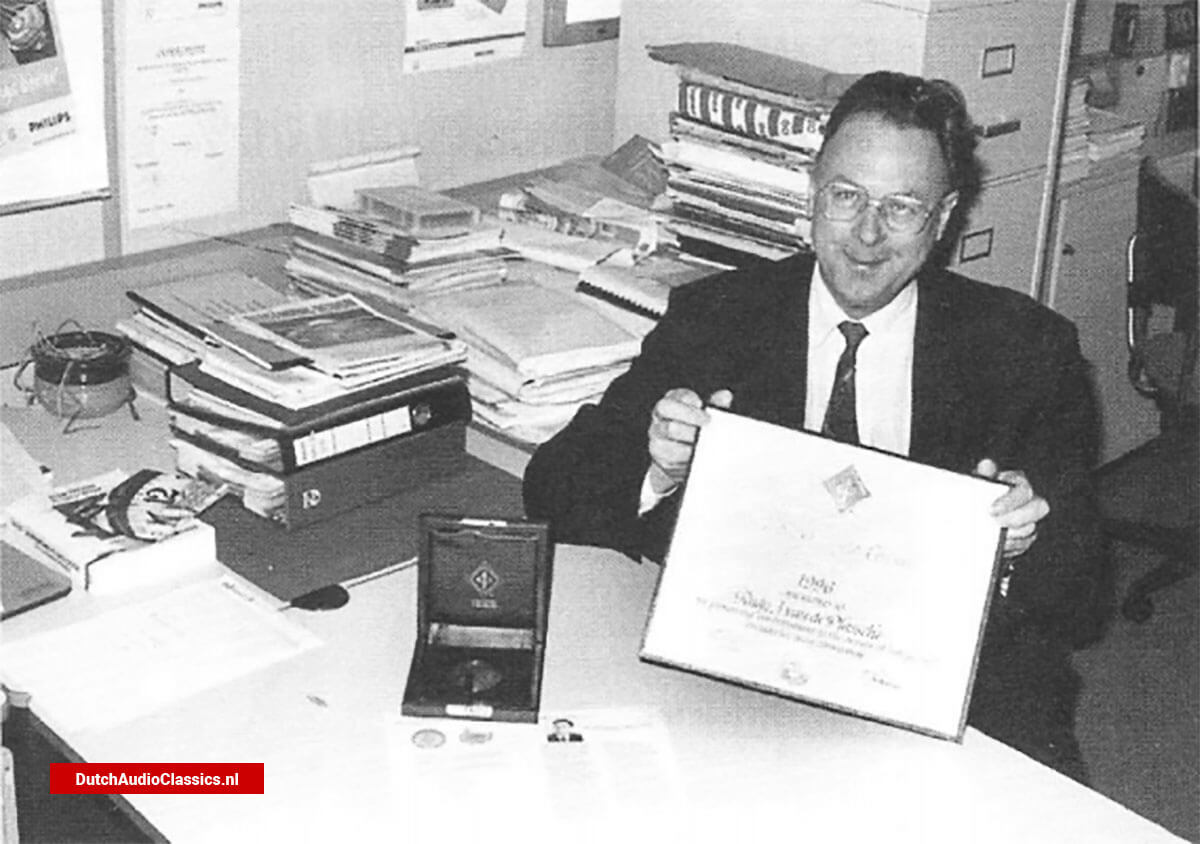 In 1967 the group activity was expanded into the area of electronic instrumentation where he started research into analog and combined analog and digital circuits. During this time IC technology matured and a number of new circuits were designed. To mention are: operational amplifiers, instrumentation amplifiers, analog multipliers, a chipset to construct an auto ranging digital multimeter (PM 2517), and analog-to-digital and digital-to-analog converters for applications in digital audio and digital video systems.

In 1983 he joined Philips Research Labs in Sunnyvale, CA, where he became a Group Manager for the advanced design group. In 1986 he returned to Philips Research Labs in Eindhoven where he got involved in high-speed circuit design for optical communications using high-speed bipolar and GaAs technologies. In 1988 he joined the Radio and Data Transmission group where he is involved in digital receiver architectures.

In 1987 Van der Plassche transferred to the integrated transceiver group, where he heads a small section on digital receiver design and architectures.

Initially, his research dealt with analog and mixed-level circuit design, concentrating on analog-to-digital and digital-to-analog converters. He was involved with lead-forward techniques in operational amplifiers and accurate voltage-to-current converters for instrumentation amplifiers. In 1975, the first sigma-delta converter was used in digital voltmeter publications. His first paper on dynamic element matching, used to obtain a high weighting accuracy without accurate elements, was presented in 1976. The result was a 14-bit oversampled d-a converter for digital audio applications in 1978. In 1979, his first paper on folding techniques in high-speed a-d converters was presented. This work resulted in a 650-MHz a-d converter design in 1991.

In May 1998, van de Plassche became a full-time professor in the Electronic Circuit Design Group. Since July 1999, he was a Technical Director at Broadcom Netherlands B. V. in Bunnik.

Van de Plassche holds 65 U.S. patents. published more than 46 papers in IEEE journals and presented papers at several international conferences. In 1989. Dr. van de Plassche was elected Fellow of the Institute of Electrical and Electronic Engineers. He received the "Veder prijs" of the "Stichting Wetenschappelijk Radiofonds Veder" for the year 1988.

In 1996, van de Plassche received the "Solid State Circuits Award." Since 1983, he has been a member of the Technical Program Committee of the International Solid-State Circuits Conference. In this committee he served as a chairman of the analog subcommittee.

The IEEE annually recognizes outstanding contributors worldwide to the art and science of electro- and information technologies with technical awards in 3 dozen technical specialities.

The IEEE Donald O. Pederson Award for Solid-State Circuits for outstanding contributions in the field of solid-state circuits goes to an individual or team of not more than three. The award includes a bronze medal, certificate, and cash honorarium which are presented at the ISSCC.