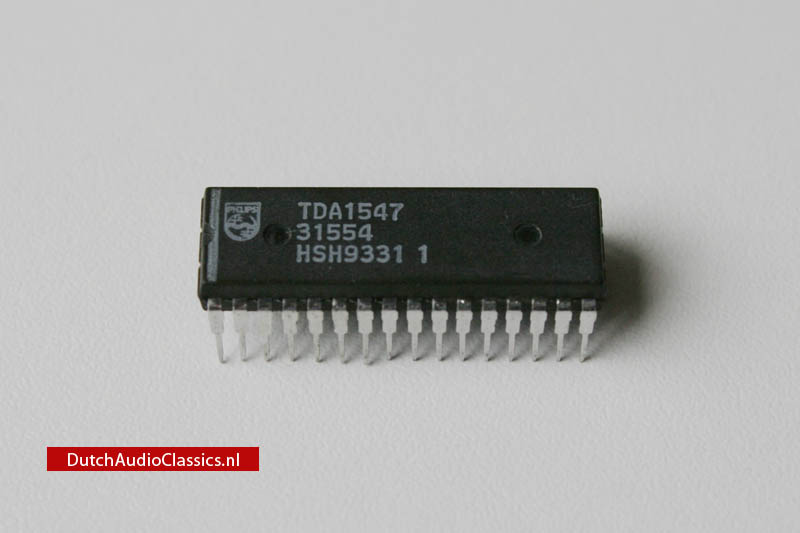 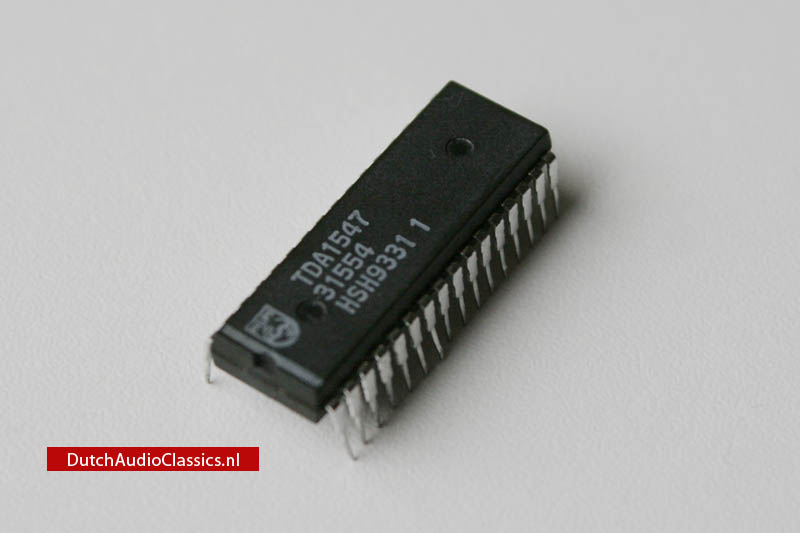 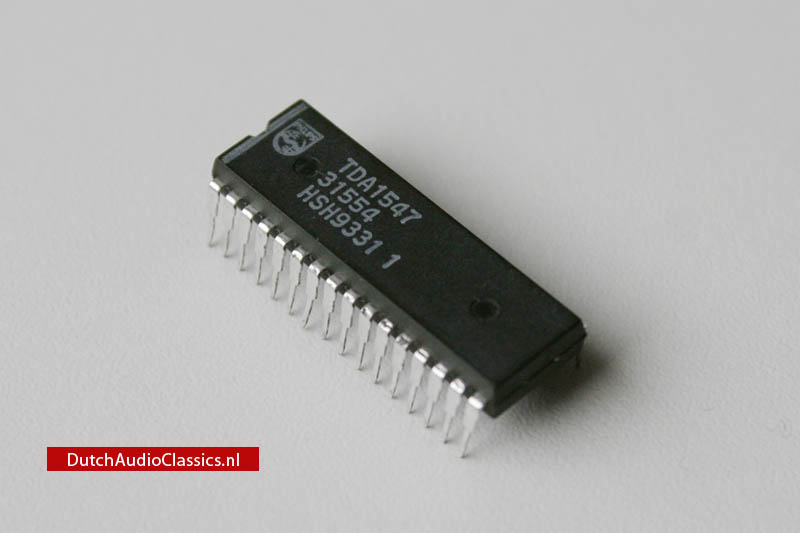 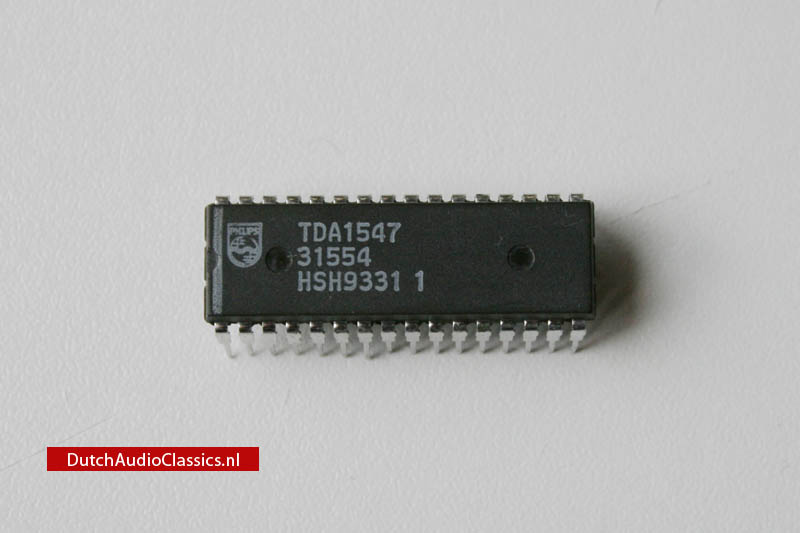 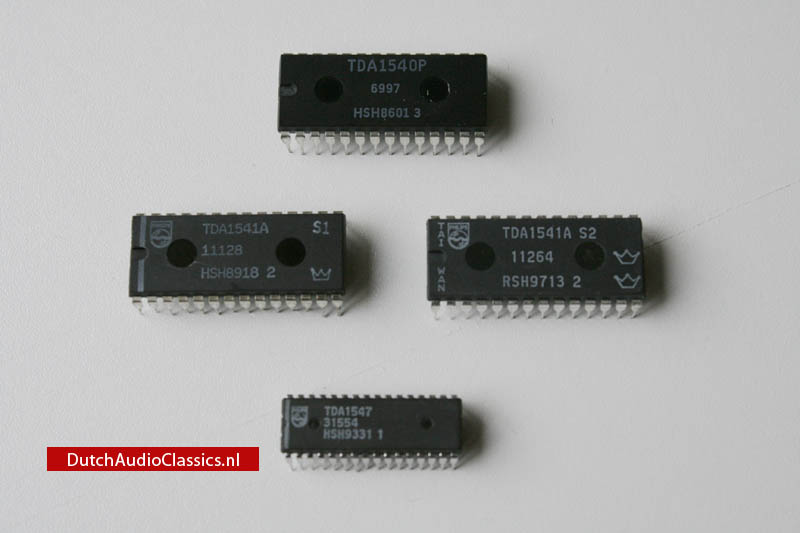 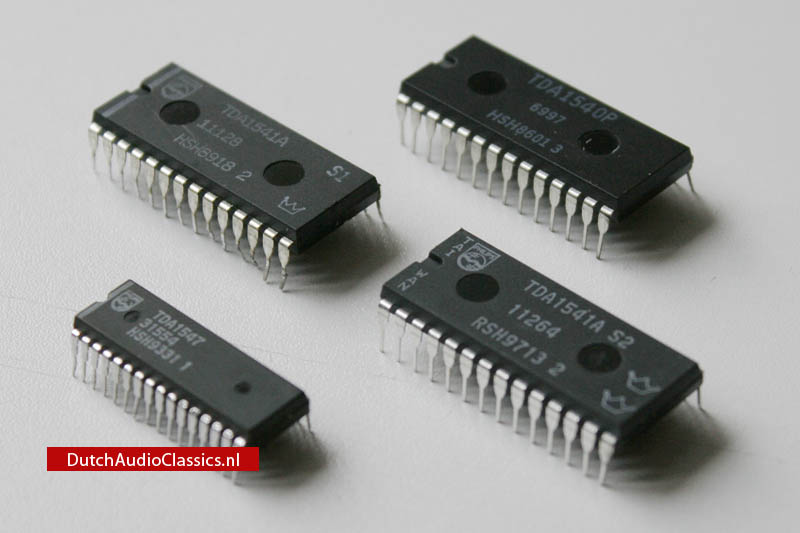 The excellent performance of the Philips SAA7350 and Philips TDA1547 bitstream conversion system is obtained by separating the noise shaping circuit and the one-bit conversion circuit over two IC's, thereby reducing the crosstalk between the digital and analog parts. The Philips TDA1547 one-bit converter is processed in BIMOS. In the digital logic and drivers bipolar transistors are used to optimize speed and to reduce digital noise generation. In the analog part the bipolar transistors are used to obtain high performance of the operational amplifiers. Special layout precautions have been taken to achieve a high crosstalk immunity. The layout of the Philips TDA1547 has fully separated left and right channels and supply voltage lines between the digital and analog sections. 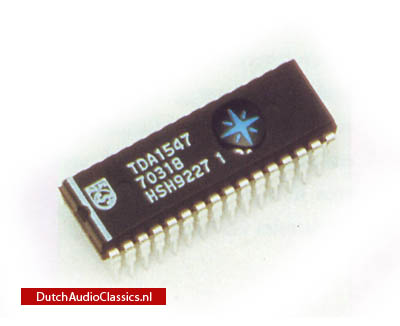 Functional description
Both channels are completely separated to reach the desired high crosstalk suppression level. Each channel consists of the following functional parts:
- One-bit input, which latches the incoming data to the system clock.
- Switch driver circuit, which generates the non-overlapping clock- and data-signals that control the DAC switched capacitor networks.
- Switched capacitor network, this forms the actual DAC function, it supplies charge packets to the low-pass filter, under control of the incoming one-bit code.
- Two high performance operational amplifiers, that perform the charge packet to voltage conversion and deliver a differential output signal. The first pole of the low-pass filter is built around them. 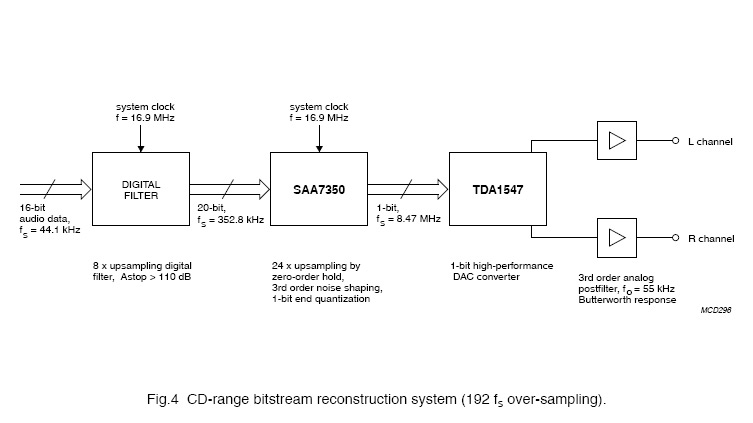 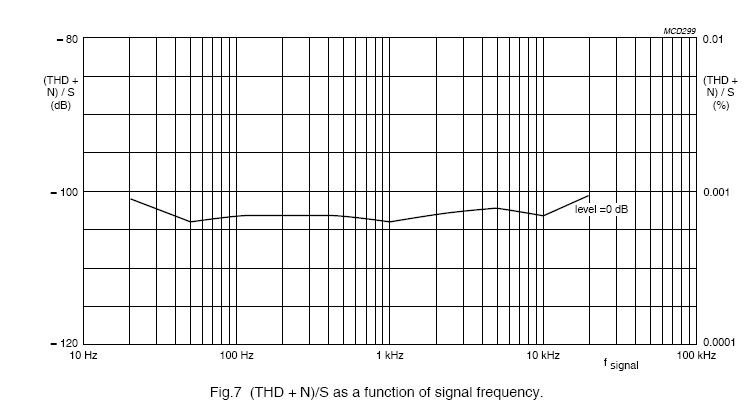 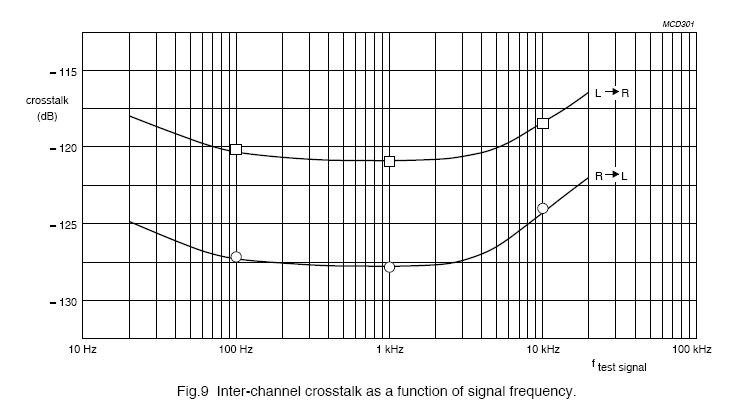