This is a photo of an early Philips DCC deck prototype. It strongly resembles the Philips FC567 twin cassettedeck. These pictures were shown in the German audio magazine Stereo, in February 1991.This is the Philips DCC850, a prototype of a DCC recorder.

This DCC prototype has a small display at the left which shows information which it collects from the subcode stored on the DCC tape. This DCC deck prototype looks small, but it has a large box underneath (not shown on the photo) it with reduction- and controllerchips. A true prototype. 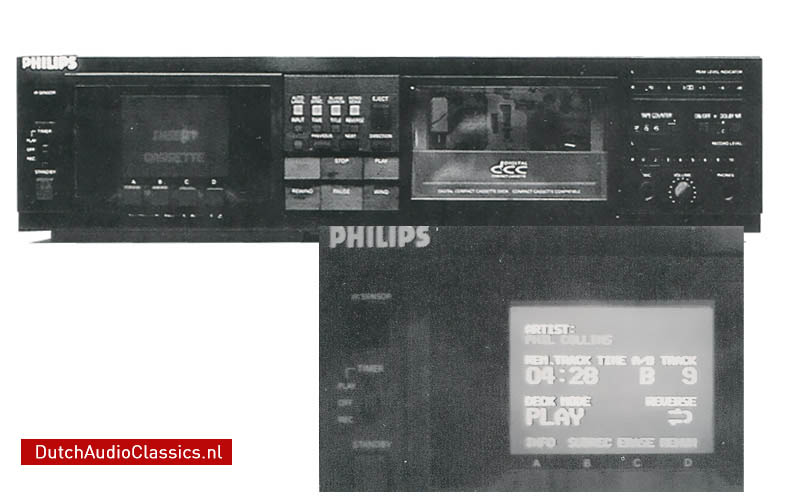