“When I first heard CD I was shocked”, Marantz brand ambassador Ken Ishiwata tells me. “I felt the potential of what you could do with this tiny disc – it was amazing. What surprised me most at first was its lack of surface noise, and also because of the measurements – I loved those clean sine waves, unlike analogue which had all that noise. Of course, I knew it wasn’t perfect, but we had to face reality, which was the mass market, and having more than 16-bits at that time was not realistic. Philips and Sony had to make decisions based on the available technology…”

Compact Disc finally reached the market in 1982, with Philips CD100 and Sony’s CDP-101. The former had a 14-bit, 4 times oversampling DAC and digital filter, the latter was 16-bit non-oversampling design. After much praise for the Philips machine, it was clear that Sony was winning the sales war. “We were getting murdered”, confides Marantz’s Ken Ishiwata. It was a terrible problem for Marantz and its parent Philips, because despite having the better of the two platforms, customers seemed to believe that 16-bit was ‘better’ than 14-bit. It was crude, it was partial, but it was easy to remember for a buying public whose knowledge of digital audio was almost zero. 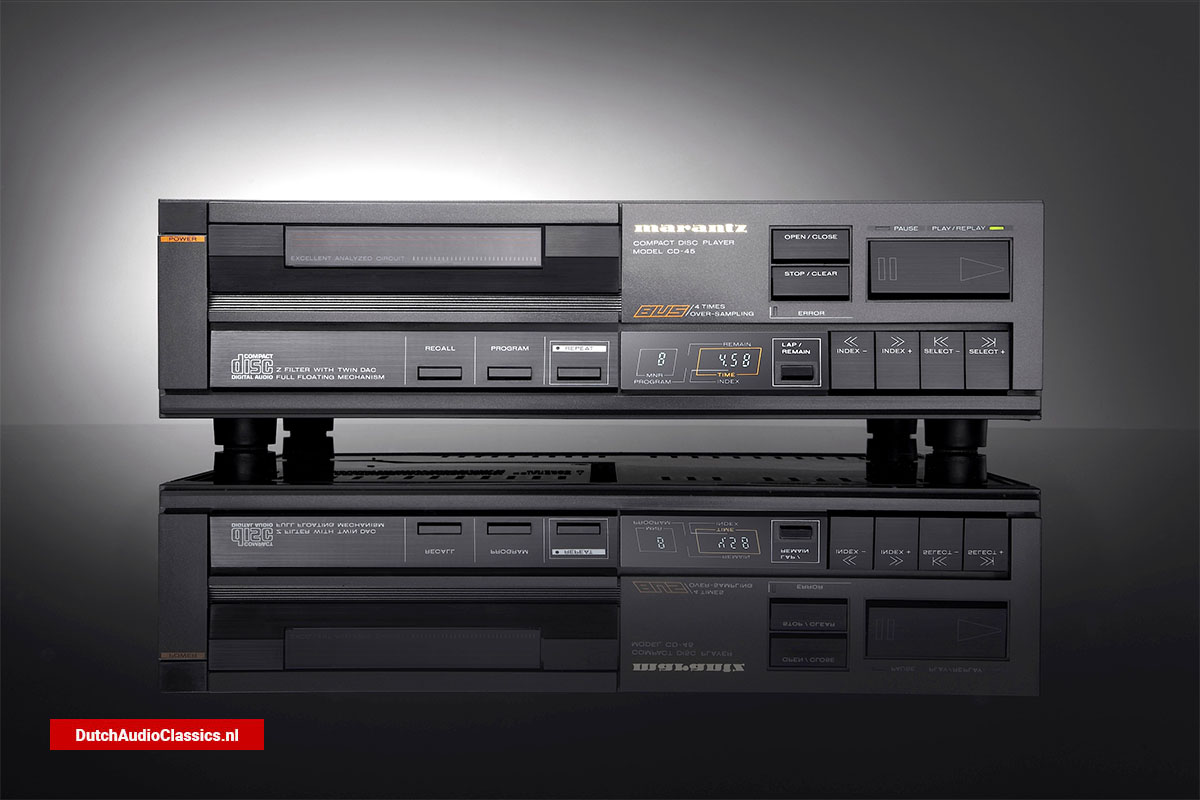 Given that CD was right at the ragged edge of technology back in the early eighties, Philips had to make a decision about whether to do a 16-bit, two times oversampling machine, or a 14-bit, four times design. Ishiwata says, “I knew four-times oversampling was the only way to go, but not one Japanese company did! They only started to talk about the number of bits – 16 is better than 14 – that was simply the way they communicated. But of course, if you don’t do oversampling, you have to cut the signal very sharply at the top end with a brick wall filter, and this is actually audible right throughout the audio band. If you have such a high order filter, it ruins the sound. I knew this because of some modifications I had done to a (Sony) PCM-F1 digital recorder. I had done some recordings on it, then I started to think about filtering, and so I changed the filter and got very different results.”

“We were very happy with the results. To be honest, rival machines like the Sony CDP-101 were no comparison!”, Ishiwata says. Yet although Philips 14×4 system was clearly better in practice, in commercial terms it wasn’t working so Philips tasked its engineers to develop a 16-bit DAC which retained 4 times oversampling. The TDA1541 went on to be one of the most musical sounding digital converter chips ever made – and it by 1986, players with it inside were just months from reaching the market. The problem was, Marantz had two thousand of its old (14×4, TDA1540) CD-45 machines still in the warehouse. When news of the new 16-bit replacement reached the world, these would be worth just pennies. How could they shift them? 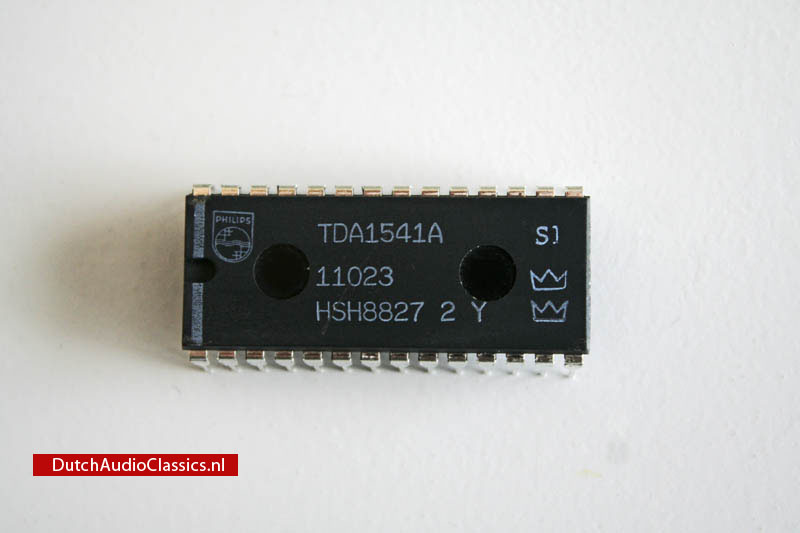 “The managing director said, ‘what are we going to do with them? Maybe we should sell them for ninety nine pounds?’ The marketing manager didn’t want to do that, but it seemed like we had no choice. So I said, ‘Wait a minute, I am going to modify these 14-bit machines, and I’m going to make the most musical CD player available, and then we’re going to sell them for fifty pounds more!’ We finally decided on a limited edition run of two thousand. I did my modifications, and took a prototype to a classical musician friend of mine, and he was amazed. So it came out – and they all sold out without in two weeks. We said, ‘what a pity we didn’t have more machines to modify!’ That was the birth of the Special Edition…”

“After the CD-45LE, we did the 1989 CD-65 and CD-75 Special Edition, and then every year we had a new model, like the CD50-SE, 1991 CD-11 SE, 1992 CD-52SE, 1995 CD-63SE, 1996 CD-67SE and CD-6000OSE. Each generation didn’t have a new chipset, up until 1989 when Bitstream came, because fundamentally the digital filter was working very well. But we changed the mechanisms – the CD-100 had a CDM0 and the CDM1 followed. This was the original swing-arm, complete with diecast parts. Swing arms were the best way, as they had better trackability compared to the linear tracking designs the Japanese manufacturers were using. But it did have its problems. It was heavy, and the position control was done by servos which required high current, and this affected the noise floor. We managed to isolate it, but there were problems nonetheless.” 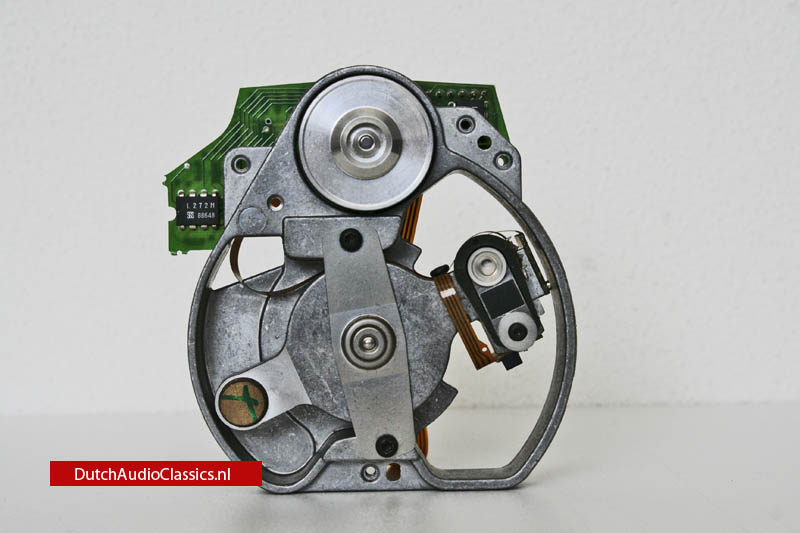 “We ran with the swing arm transports through the CDM3 and CDM4 right up to CDM9,” Ishiwata recounts. “After that, it was linear, parallel tracking like the Japanese. The Philips/Marantz machines always sounded very different to the Japanese rivals for precisely this reason – they had better (swing arm) transports and superior (4x oversampling) DACs and digital filters. Even the S/PDIF chip was better – that early Philips S/PDIF chip was the best one ever made. Then there was the BIMOS/CMOS issue. In the semiconductor industry, moving to smaller, lower power consumption chips is the trend – and everything went in that direction, including D-A convertors. This is shame, and it’s one I couldn’t do anything about, as with these you need current – which BIMOS delivers. With CMOS however, which all CD players were using by the mid nineties, it’s only 3v or so – and that very tiny current isn’t ideal for a D-A converter. So you can see how things changed.”

Every single Marantz Special Edition CD player is worth owning

Each one sounded sweeter, smoother, warmer and more beguiling than the stock version, which was hardly bad in the first place. Every single Marantz Special Edition CD player is worth owning; none sound bad and my particular favourite is the CD-63SE – and indeed the special KI Signature version is better still. They are now highly affordable secondhand, and a great machine if you want quality sound for pennies. Ken Ishiwata sums up the development of CD players through the ages. “Each new development in digital has been a new challenge – and not always for the better – we’ve had to find better ways of working with technology that’s got cheaper, rather than better.”