In 1982, Marantz introduced their first CD player, the CD63, to the market. However, prior to its release, the company had originally intended to give it the type designation "CD333.". The CD63 and the Philips CD100, which was also released in 1982, are nearly identical in design, with the only difference being the color. The Marantz CD63 was finished in gold, while the Philips CD100 had a silver finish.

Interestingly, Philips had planned to use the type designation F8421" for their first CD player, but ultimately decided to use the name "CD100" when it was released. This shows how the naming and branding of these early CD players was still in flux during the development and release of the technology. Today, these early CD players from Philips and Marantz are highly prized by enthusiasts and collectors for their historical significance and role in the development of the Compact Disc system. 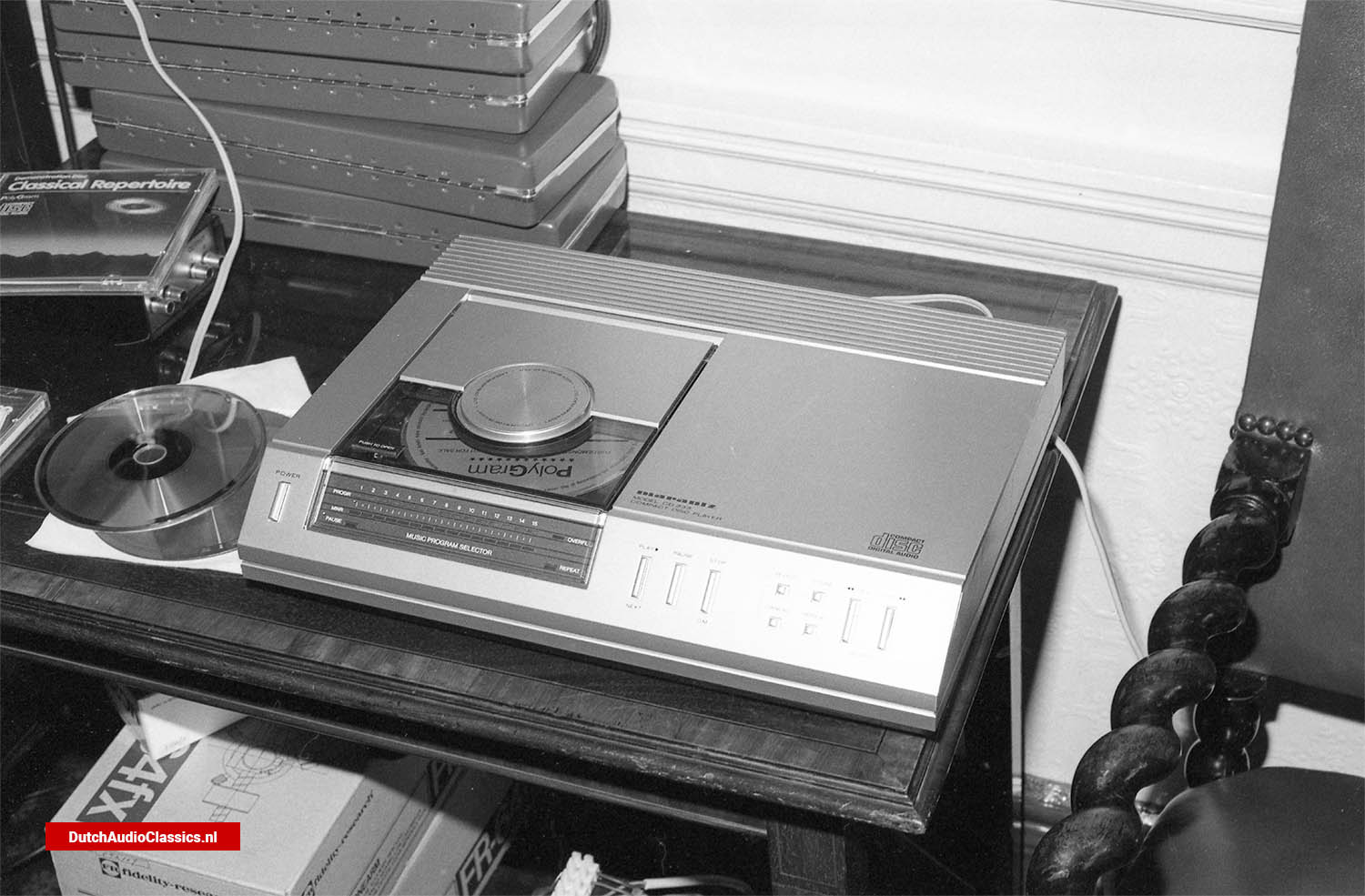 The inscription on the bottom left of the unit shows the type number 'CD333'.

March 1983 saw the introduction of the Philips CD100 to the UK market; anoraks will point out that in Japan it reached the shops in November 1982, but suffice to say that 1983 was ' Year Zero' for UK CD buyers. It was the first ever CD player, long in gestation. Readers of Hi -Fi Answers would have seen something looking not too dissimilar back in 1981, going by the name of the CD333.

It used the first Philips TDA 1540 14bit, 4 times oversampling DAC and the (now) legendary Philips CDM0 'swing arm' transport. Marantz's CD63 variant followed very soon after; almost identical apart from the Marantz moniker. In Japan, it retailed for Y189,000 - close to £ 800 in those days- and you can double that (at the very least) to account for inflation.

To anyone used to modern silver disc spinners, the CD I0 0/CD63 is prehistoric. It's a tiny but stocky (weighing in at 5kg) top loader.You press down on the disc bay cover and it rises up ( damped, but only slightly), then you insert the disc, close the disc cover and press play, then wait... This wait would have seemed hours, as the laser ambled its way towards the disc's Table of Contents, had a little think and then displayed the number of tracks, not digitally but by a row of green LEDs! Then you pressed 'play', went away to put the kettle on and it was playing music digitally!

The Philips/Marantz was always regarded as the best sounding first generation machine, and you can hear why. Even by 2005 standards, this thing really sounds nice, And that's the right way to put it - it sounds 'nice'. The Philips TDA1540 sounds - if anything - fluffy, wallowy and indistinct.

By the vinyl standards of 1983, the Marantz CD63's treble is poor; perfunctory, decently crisp but devoid of air and space. The midband isn't much better in ' hi-fi' terms. Back then most people would have been amazed by its ' solidity', which is to say that it is (obviously) speed- stable and great at throwing strong, well defined images forward. Still, what you can't criticise is its fluidity. The Philips TDA1540 chipset was a musically lucid thing, able to ' sing', able to carry a song and make a nice, musical noise.

In this respect it was virtually unique; the Sony CX20017 in the rival CDP- 101 was less fluid, and quite mechanical sounding. Indeed, there's something about the 1540's midband that's really nice. You put a disc in and it sings. It's this ' romantic' sound that marks out 14x4; nothing else came close.

Bass too is rather nice, but don't go thinking it's accurate. It was warm, fruity and bouncy like a valve amplifier, but put on a modern CD spinner and it sounds embarrassingly vague. Still, it's more than the sum of its parts; it bounces along, integrates seamlessly into the lilting midband and the overall effect is very nice. It doesn't go down so low, but it's still a big, fat, mellifluous thing that makes listening to whatever silver disc you slot inside an enjoyable experience.

By 2005 standards, the Marantz CD63 is awful in some respects; a £50 Sony Discman has more insight, more dimensionality, more zing, more air and space, but by the same token nothing but nothing made now sounds so analogue. It just plays music - it bounces and boogies in a vague and wobbly yet oh- so-enjoyable-way - and that's what we're here for.