The introduction of the compact disc in the early 1980s marked a revolution in the world of music and audio technology. Prior to the compact disc, music was primarily distributed on vinyl records and cassette tapes, which were prone to wear and tear and had limitations in terms of sound quality. The compact disc, developed by Philips, offered a new way to experience music with crystal clear sound and durability that allowed for repeated play without degradation of sound quality.

In August 1983, Philips released a price list for their line of compact disc players, including the CD100, CD200, and CD300 models. The prices, listed in guilders, reflected the cutting-edge technology of the compact disc and the convenience it brought to music lovers. The CD100 was the entry-level model, while the CD200 and CD300 offered more advanced features and capabilities.

The compact disc was not only a technological breakthrough, but it also had a major impact on the music industry. The compact disc format allowed for the mass production and distribution of music, making it more accessible to consumers. Additionally, the compact disc also led to the digitization of music and the eventual rise of digital music streaming.

The introduction of the compact disc, and the pricing of these players, was an important moment in the history of music and technology, and a clear indication of the impact that this technology would have on the industry and on music lovers for years to come. 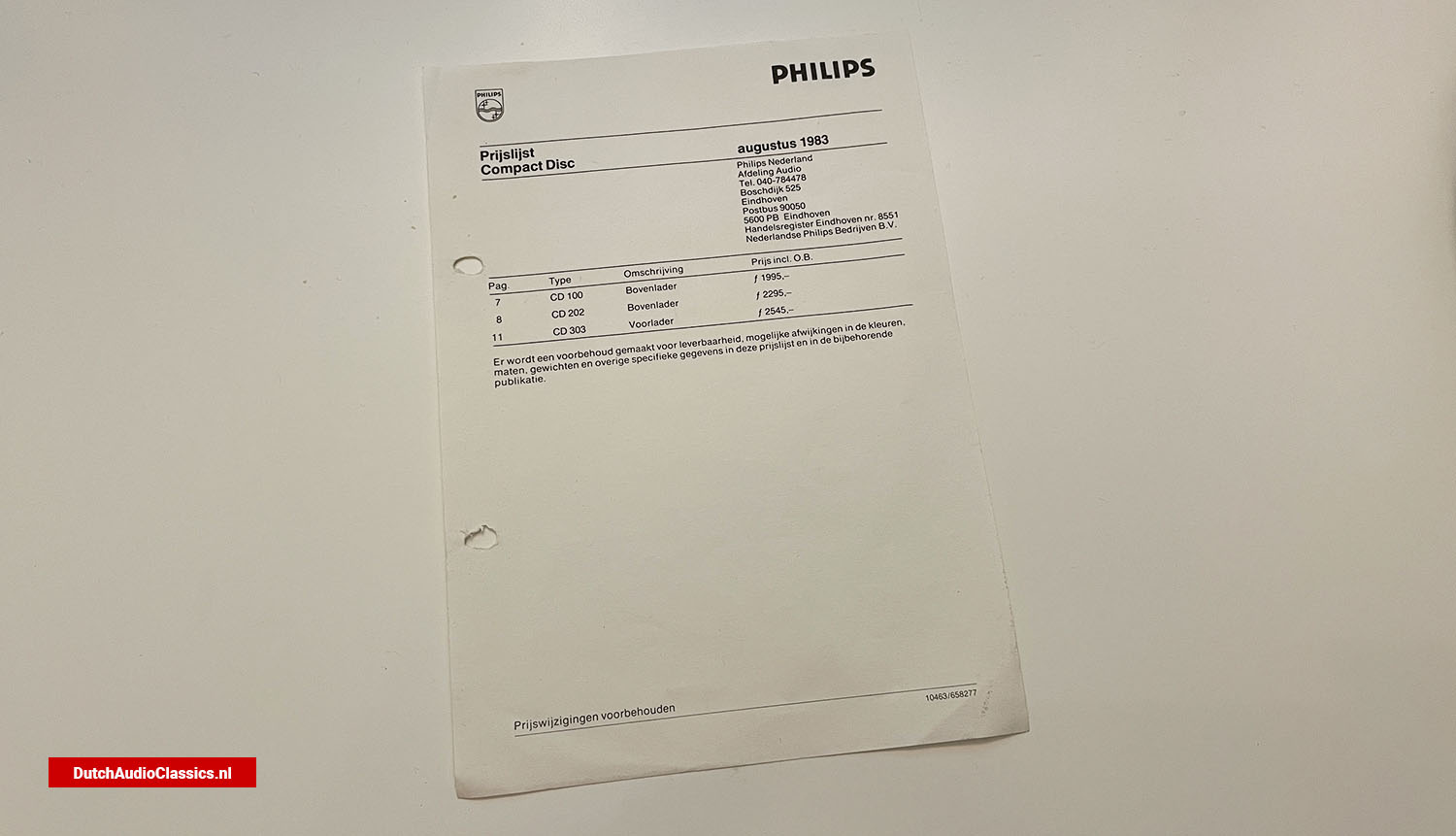 The Philips cd100, cd200, and cd300 were among the top options available, each with its own unique features and price point.

These prices were considered solid at the time, but also quite expensive, often costing more than a month's salary. Despite the high cost, these players were highly sought after and considered a worthwhile investment by many music enthusiasts. 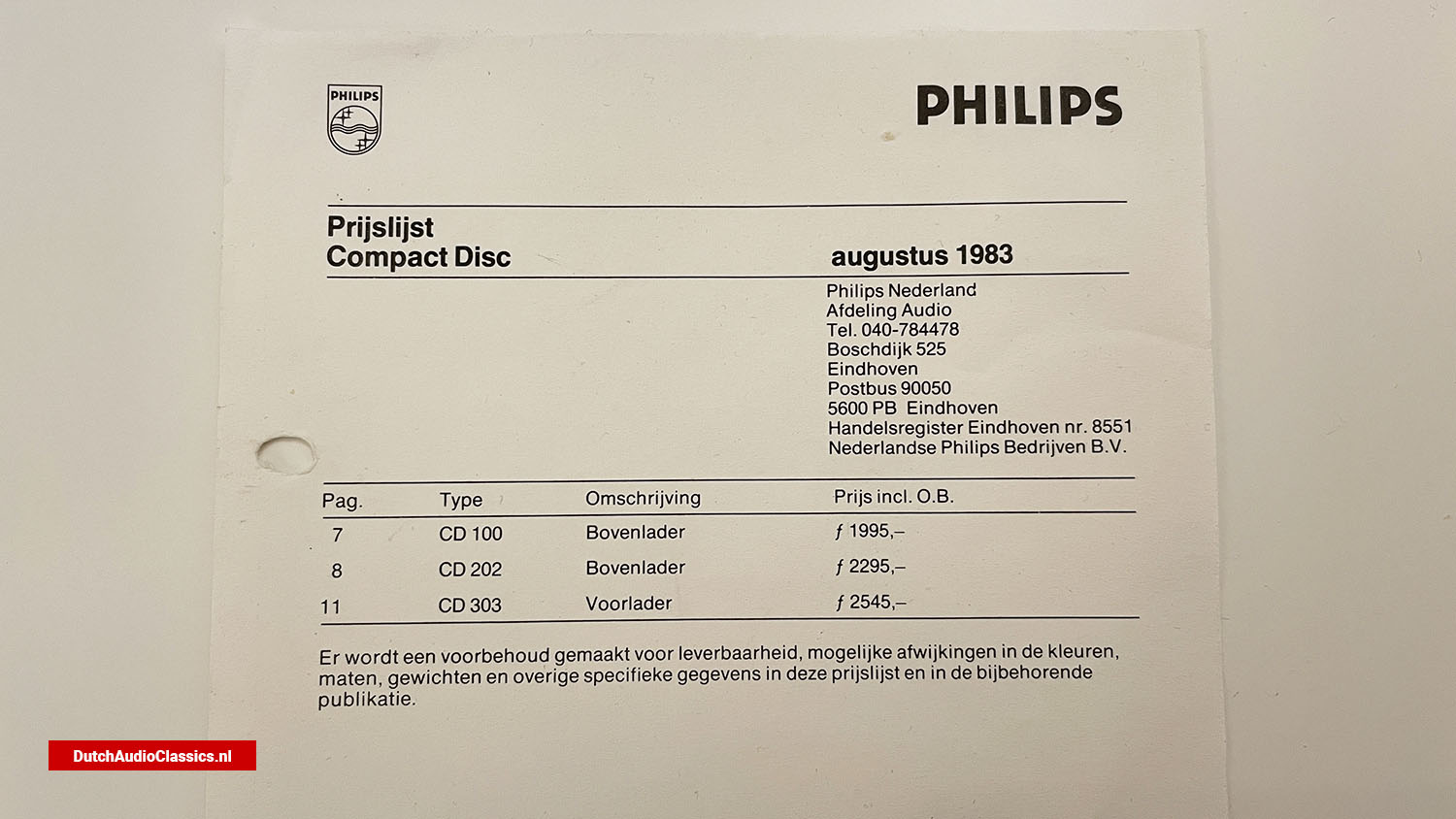