AMSTERDAM - The compact disc, the silvery gramophone record with a diameter of about twelve centimeters that is scanned by means of a laser beam, seems to be making it.

Already it is certain that on March 1, when the compact disc (and its associated playback equipment) will be on sale in stores, only about one-third of record stores will be able to satisfy the urgency.

According to Philips, the spiritual father of the new (digital) "gramophone", there are long subscription lists of people in the shops, who would like to be among the first to give their traditional gramophone a "well-deserved rest period". In Hasselt, Belgium, where Philips manufactures the playback equipment, 20,000 players a month are currently being made. A number that could soon be expanded to 25,000.

In any case, the (recommended) price of 1995 guilders each - the players come on the market in two versions that cost the same - does not appear to be an obstacle for would-be buyers. Therefore, according to the manufacturer, they are getting a piece of technology that satisfies optimal listening requirements. There is no longer any contact between record and playback element. A beam of light scans the music information stored in tiny, "dimples" in the record, and hearing noise and scratches will therefore be a thing of the past.

According to Polygram, in which Philips and Siemens share half, initially one hundred and sixty compact discs with a varied repertoire will appear on the market. However, it is planned, that the Polygram factory in Hannover, the only one so far in Europe that makes the plastics, will quickly increase the number of titles, so that by the end of this year a selection of about a thousand will be available. In addition to new recordings, of course, be. standing will also be "transcribed."

Polygram expects to make over five million compact discs in 1983. The records will cost 39.90 guilders for popular music, and 46.50 guilders for classical (recommended retail prices). 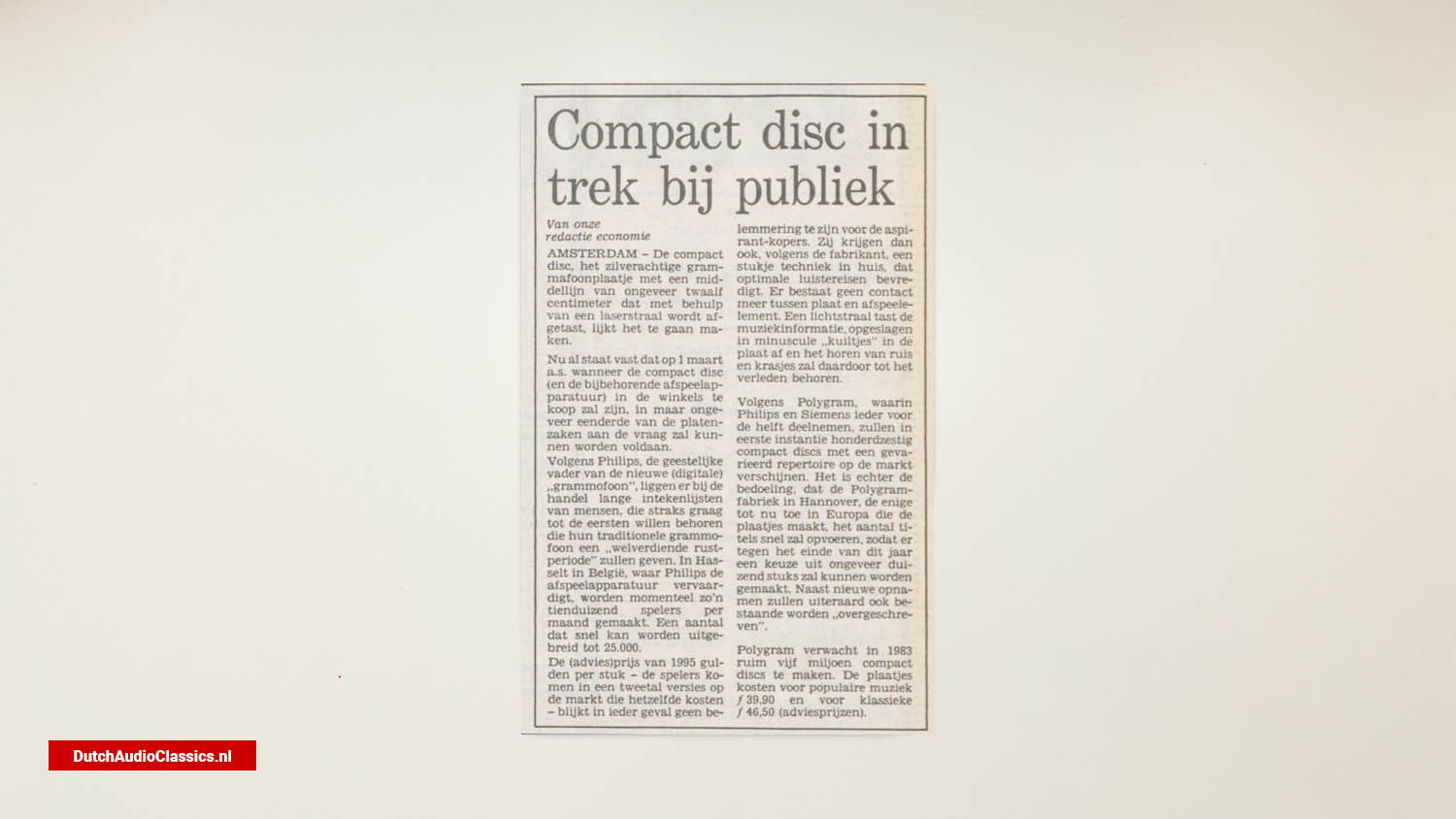