BAARN - Polygram Netherlands has decided to increase the price of the compact disc starting February 1. The extra proceeds will be invested in new recordings. According to a Polygram spokesman, the price increase has nothing to do with the high demand for the silver records.

That demand is so great that the record industry cannot fully meet it. The Polygram Netherlands spokesman expects that the current backlog may be caught up next year. Polygram already increased production of compact discs from 13 million in 1984 to 26 million last year. The company expects to produce 50 million discs this year.

The price increase in the Netherlands is necessary because Polygram has so far offered the discs to the intermediary trade at an introductory price. "The price we were charging was actually not justified. To ensure the continuity of the business, it is now necessary to adjust the price. The recordings in particular require substantial investments," the spokesman said. To what extent the consumer notices something of the price increase depends, according to him, on how the trade passes on the increase.

According to the Polygram spokesman, the high demand for compact discs has nothing to do with the price increase, which amounts to 1.10 guilders for pop music and 0.80 guilders for classical work. "It would absolutely not be businesslike to raise the price because of high demand." In the Netherlands, 1.4 million CDs were sold last year, a little more than half of which came from Polygram. More than two million are expected to cross the counter this year.

The Polygram Netherlands spokesman said he did not know whether the price of the compact discs would also be raised outside the Netherlands. "That is a decision of Polygram's national organizations. That is not our business." 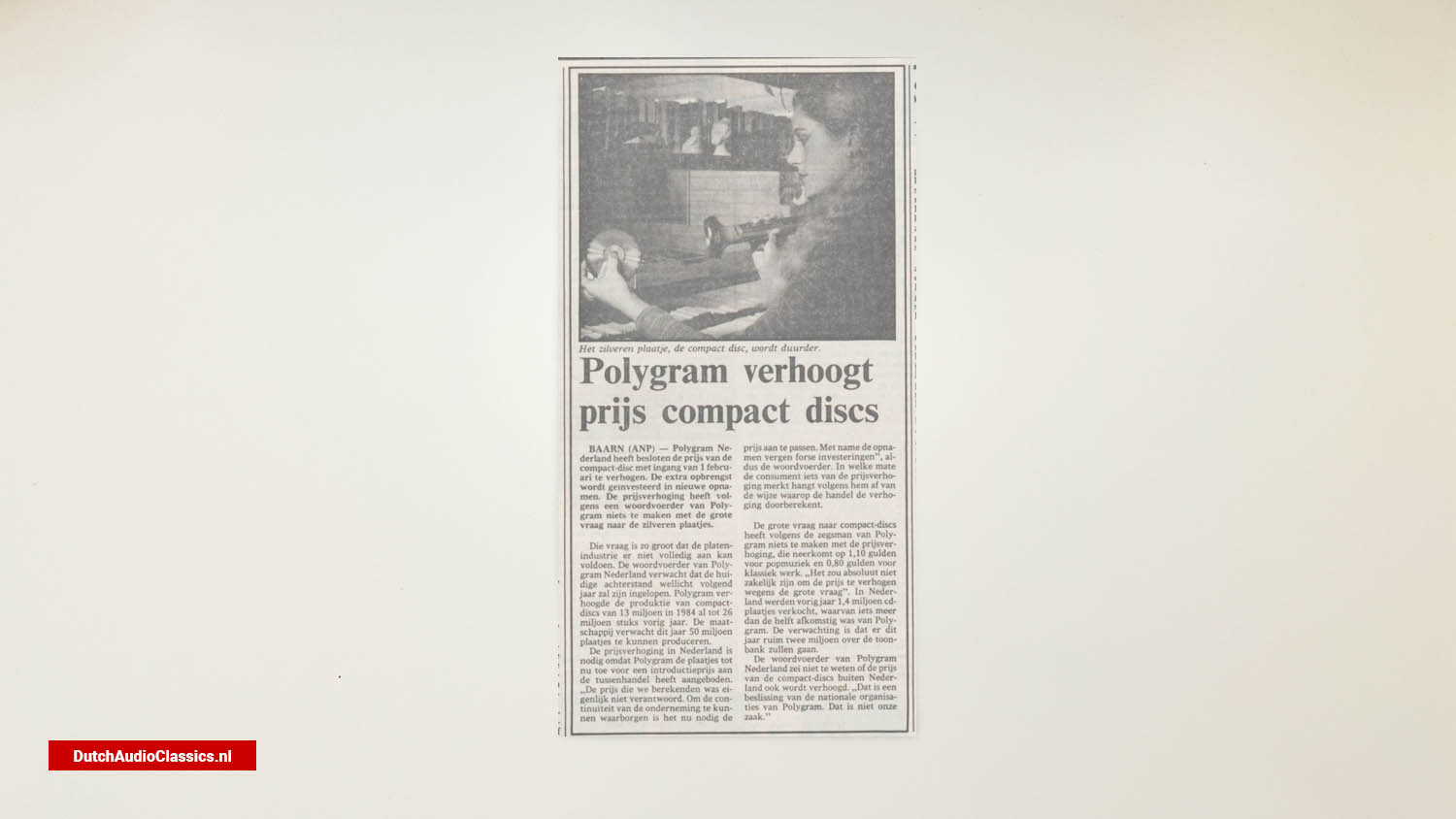