The Volendam formation BZN is the first group in the world whose music is released on picture, record and compact disc. Music by BZN is now available on all common sound carriers such as gramophone records and Video and music cassettes.

During the Firato, the Volendam success formation will receive so-called Awards for their productions on video record and compact disc. Through the image plate one can both see images and listen to music. The compact disc is an album in miniature, scanned by a laser beam. 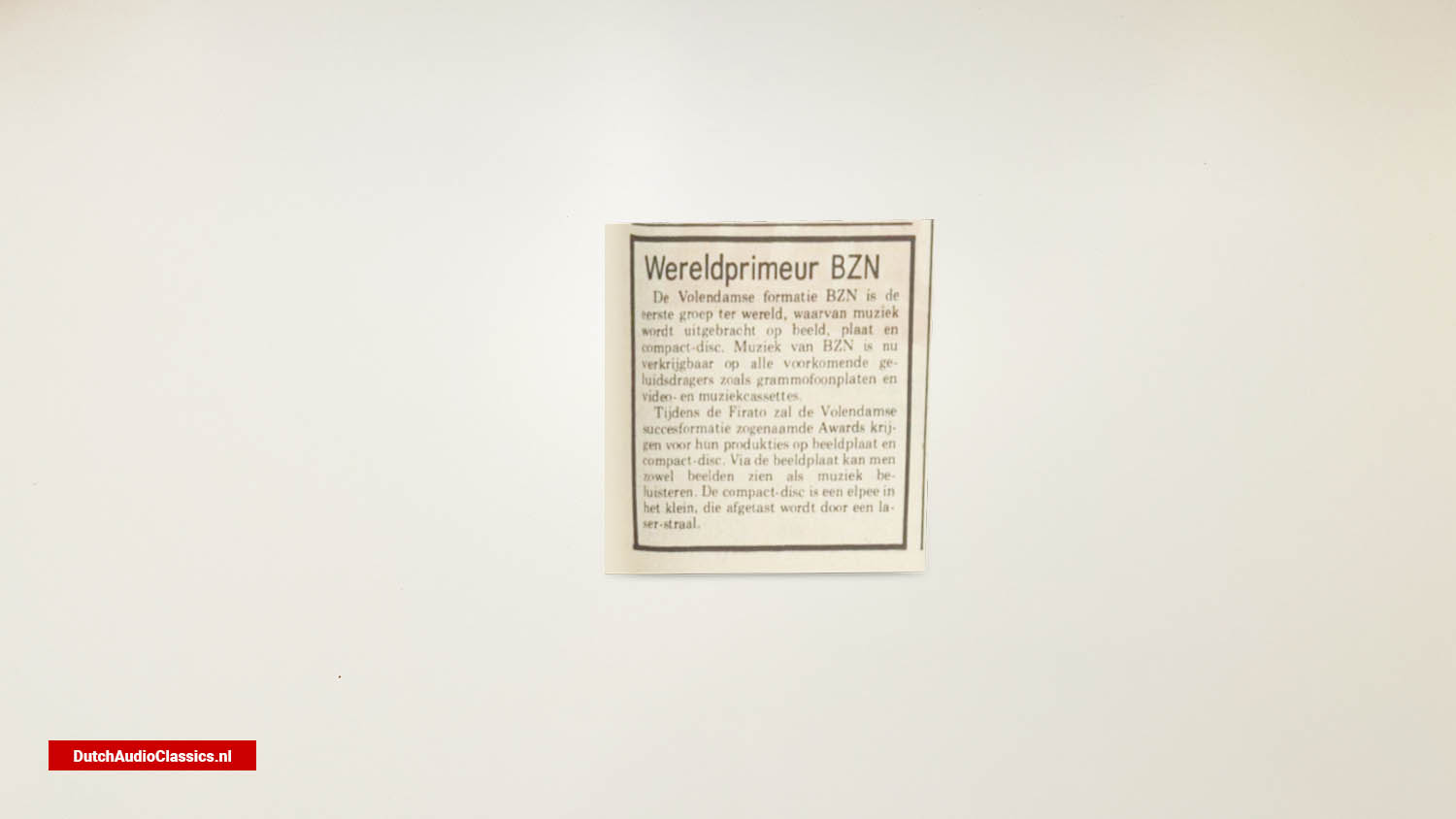