Matsushita, a large and important Japanese electronics group, has announced that it has also opted for the 12 cm small digital audio disc. This plate was first shown by Philips under the name Compact Disc System.

The small record is derived from the Video Long Play Plate (VLP) which carries much more information and therefore has the same dimensions as a long-playing record, namely 30 centimeters. Philips considers this announcement an important step toward achieving the world standard for this system, which was further developed in cooperation with Sony based on the original concept.

Matsushita announced that he had chosen the Compact Disc because it is the system most likely to be considered for the world standard, given its size and the many features it offers.

Despite its 12 cm diameter, the Compact Disc has a play time of one hour. This system uses a laser to read the music. signals, which are recorded in the encoded form of millions of wells in the record. The laser scans the pits with a light beam without contact. This creates biina no distortion and scratches, dust, dirt or fingerprints have hardly any influence. The Compact Disc therefore offers better sound reproduction than today's record. 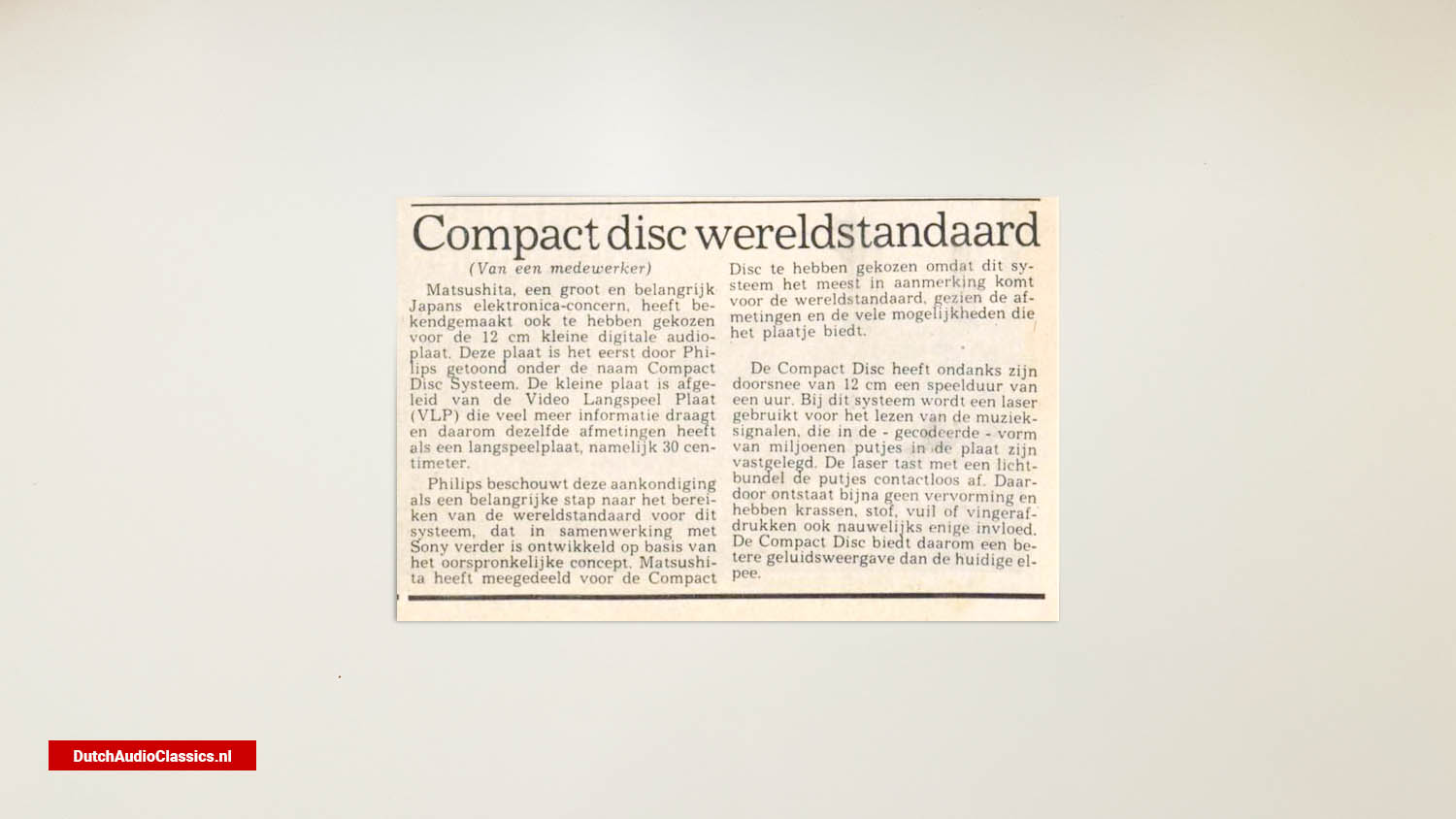