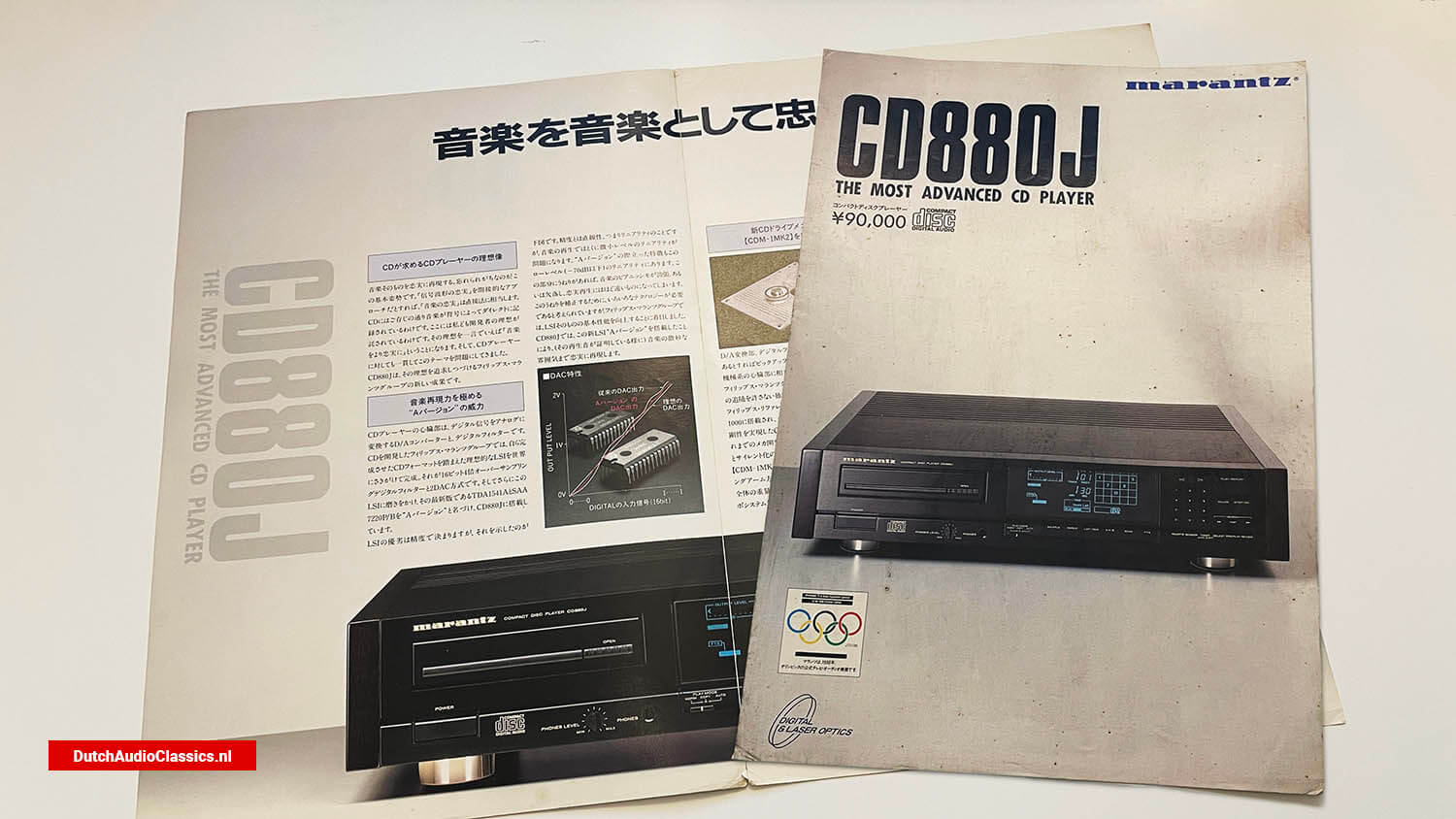 As you know, music is recorded directly on a CD by means of symbols. This is where the ideal of our developers has been entrusted to us. In a nutshell, this ideal can be summed up as 'more faithful music'. And this has been a consistent theme in our CD players as well.

The Marantz CD880J is a new achievement from the Philips Marantz Group, which continues to pursue this ideal. 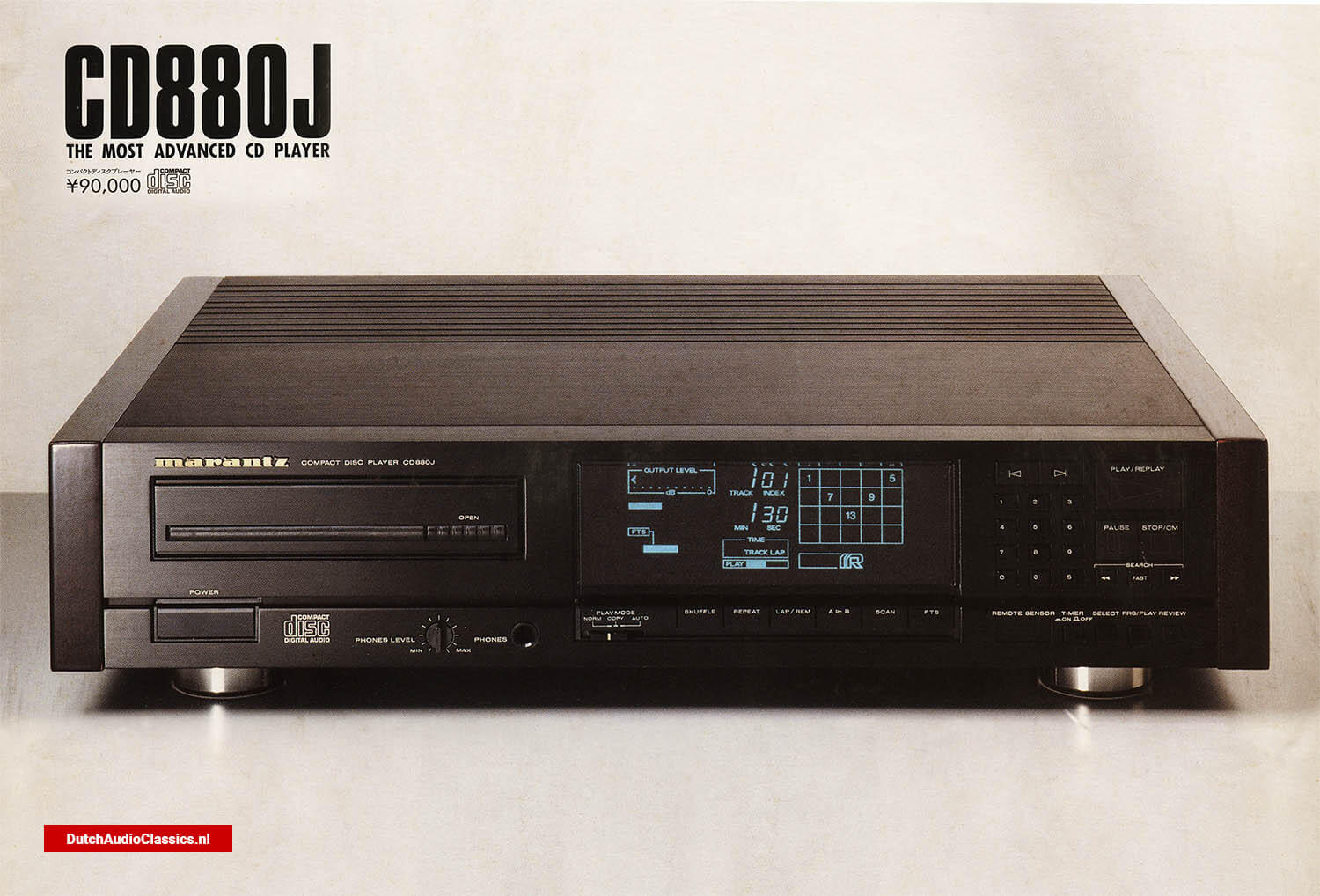 The heart of a CD player is the D/A converter, which converts digital signals to analogue, and the digital filter. The Philips Marantz Group, the developer of the compact disc, has led the world in the development of an ideal LSI based on its own perfected CD format. This was the 16-bit quadruple oversampling digital filter and the 2-DAC system. The LSI was further refined and the latest versions, the Philips TDA1541A and Philios SAA7220P/B, which we have named the "A version", are incorporated in the Marantz CD880J.

The accuracy of an LSI is determined by its precision, which is illustrated in the diagram below. Accuracy refers to linearity, or linearity at the micro level, which is particularly problematic in music reproduction. The outstanding feature of the "A version" is this low-level linearity (below -70dB). If there is any undulation in this area, the pianissimo of the music will be diagnosed or missing, and the reproduction will be far from faithful. 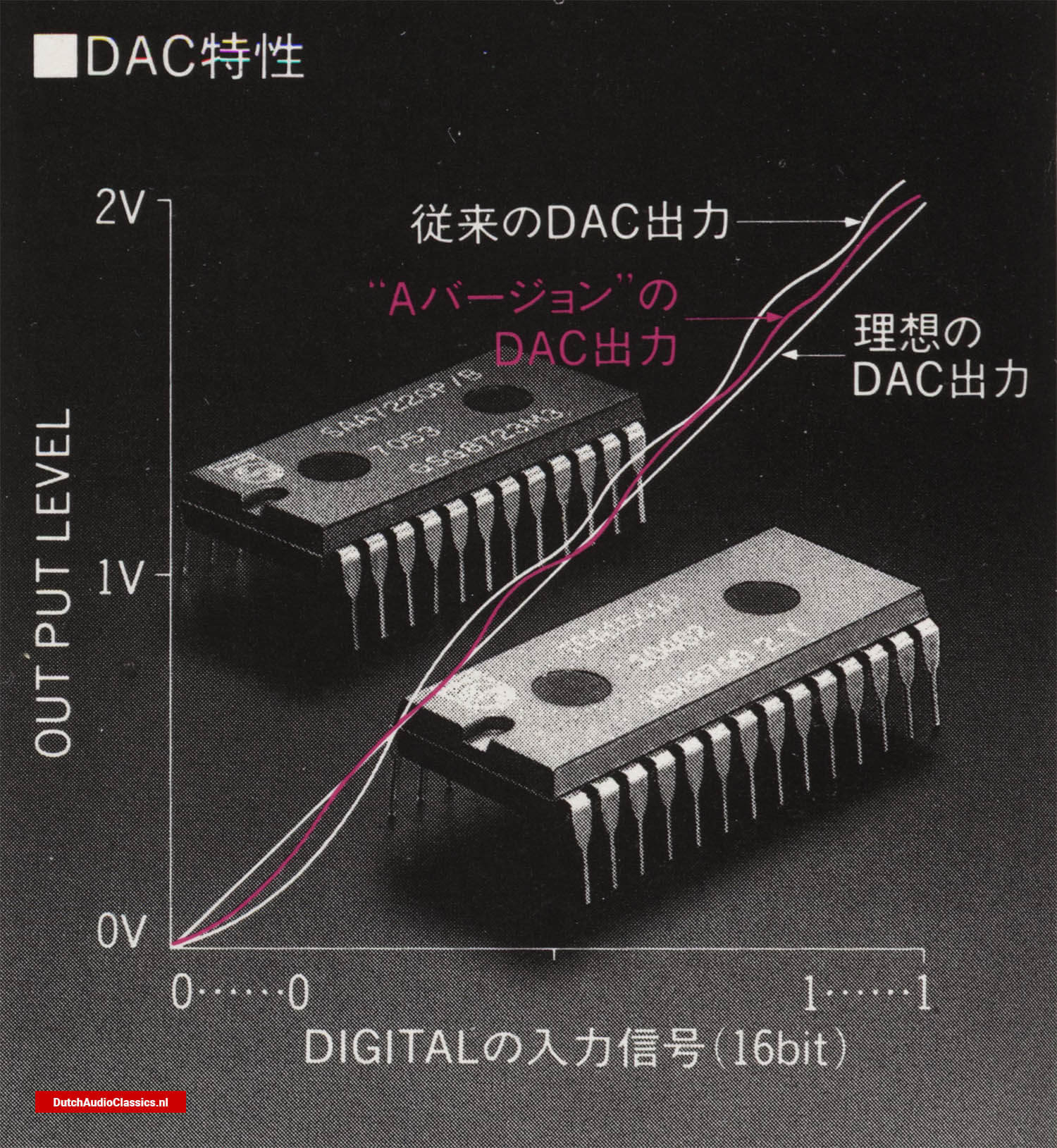 To compensate for this undulation, various technologies are considered necessary, but the Philips Marantz Group has focused on improving the basic performance of the LS 'itself'. The Marantz CD880J is equipped with the new LST "A version", which (as the sound reproduction proves) faithfully reproduces even the most subtle aspects of music.

If the D/A converter and digital filter are the heart of the electronic system, the CD drive mechanism, including the pick-up, is the heart of the mechanical system. The Philips Marantz Group has adopted a unique and unrivalled method for this mechanism from the outset. 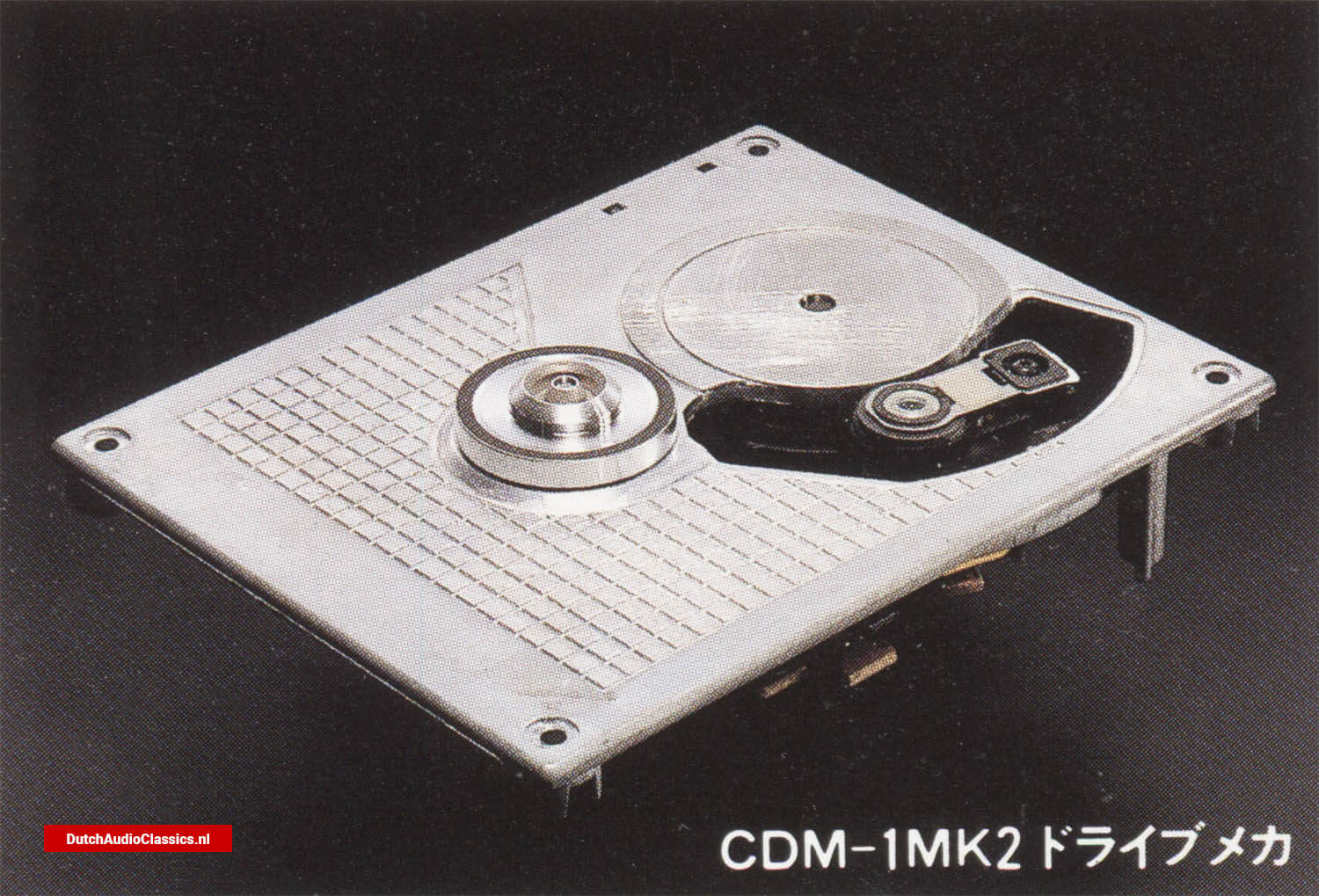 Sound quality measures to make the most of the CDM-1MK2 mechanism.

A number of sound quality measures have been implemented to make the most of the "A version" Philips TDA1541 and CD drive mechanism "CDM-1MK2", which form the heart of the Marantz CD880J. This has resulted in a sound that is truly outstanding.

ARC (Alminum Raft Ceiling) construction is adopted for the Marantz CD880J. the ARC consists of a two-piece construction aluminium top cover with raft-like cut-outs for added strength and to diffuse vibration modes and prevent resonance. 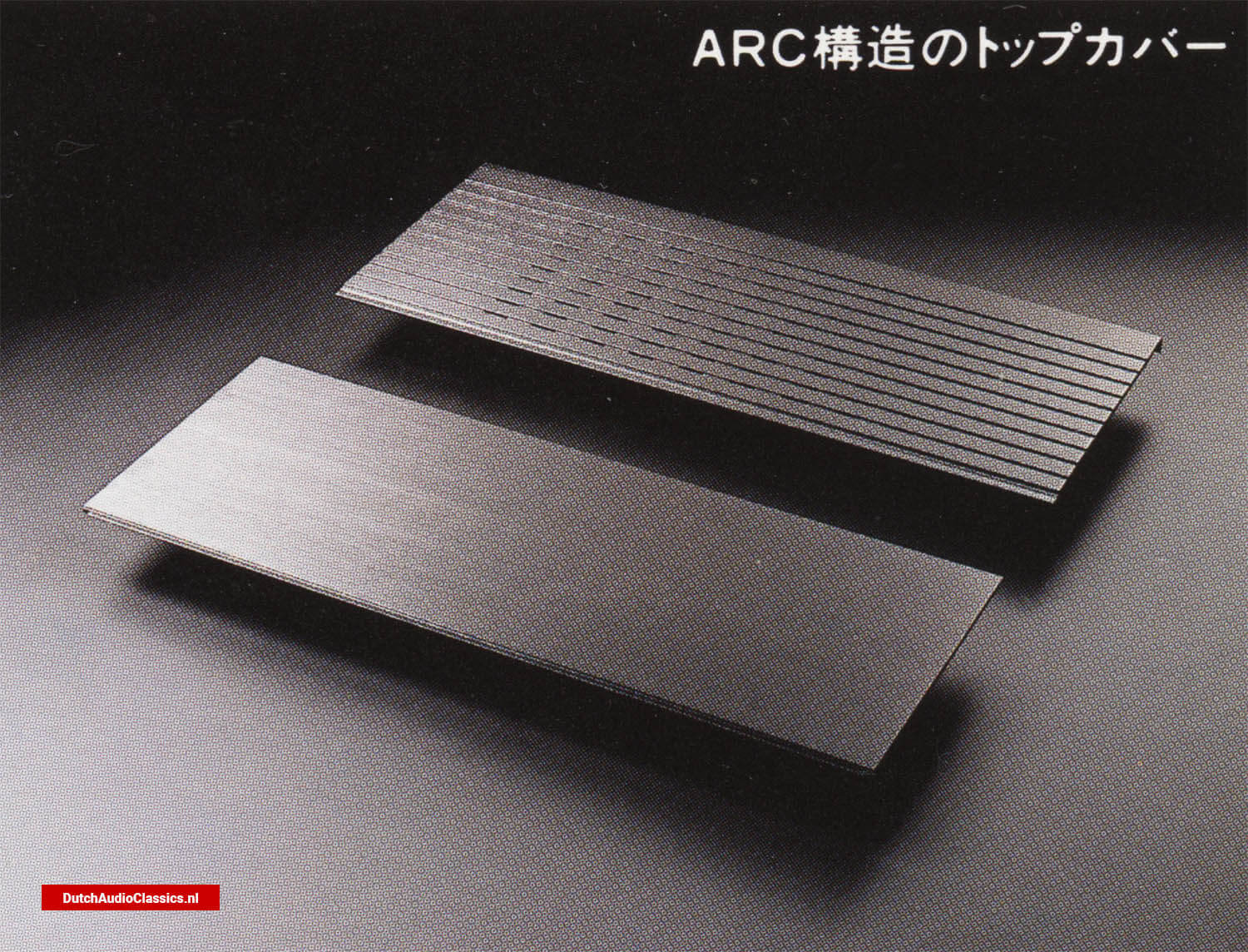 The chassis is also made of die-cast aluminium. In addition, large insulators and side wood panels are combined to minimise resonance and vibration.

Board layout that eliminates mutual interference

As digital and analogue circuits live together in a CD player, mutual interference can be a problem as a cause of sound quality degradation. The Marantz CD880J has a board layout that eliminates the possibility of noise being introduced by making the digital, audio, servo and display circuits independent of each other.

The power supply unit of the Marantz CD880J is based on faithful reproduction of European tones, and is equipped with a large power transformer with excellent regulation made in Europe and a 6,800_Fx2 audio capacitor. This ensures a stable power supply. Furthermore, the digital and analogue circuits have completely independent separate windings, preventing noise generated by the digital circuits from being introduced.

The D/A converter unit is equipped with two digital outputs, coaxial and optical, for purer music reproduction. Furthermore, in addition to the conventional fixed analogue outputs, a variable output linked to the master volume is provided. This multi-amplification system enables a wide variety of music reproduction. 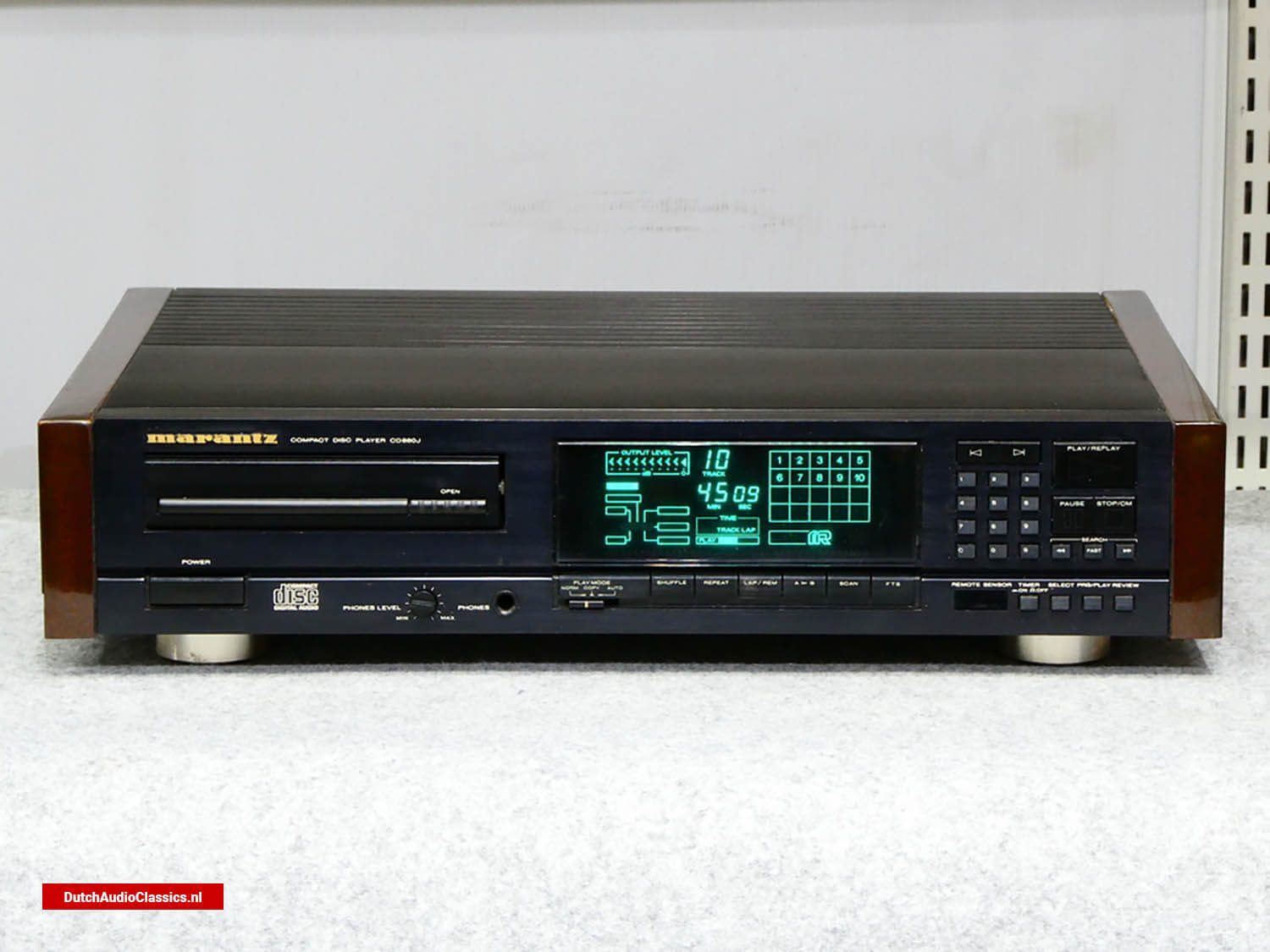 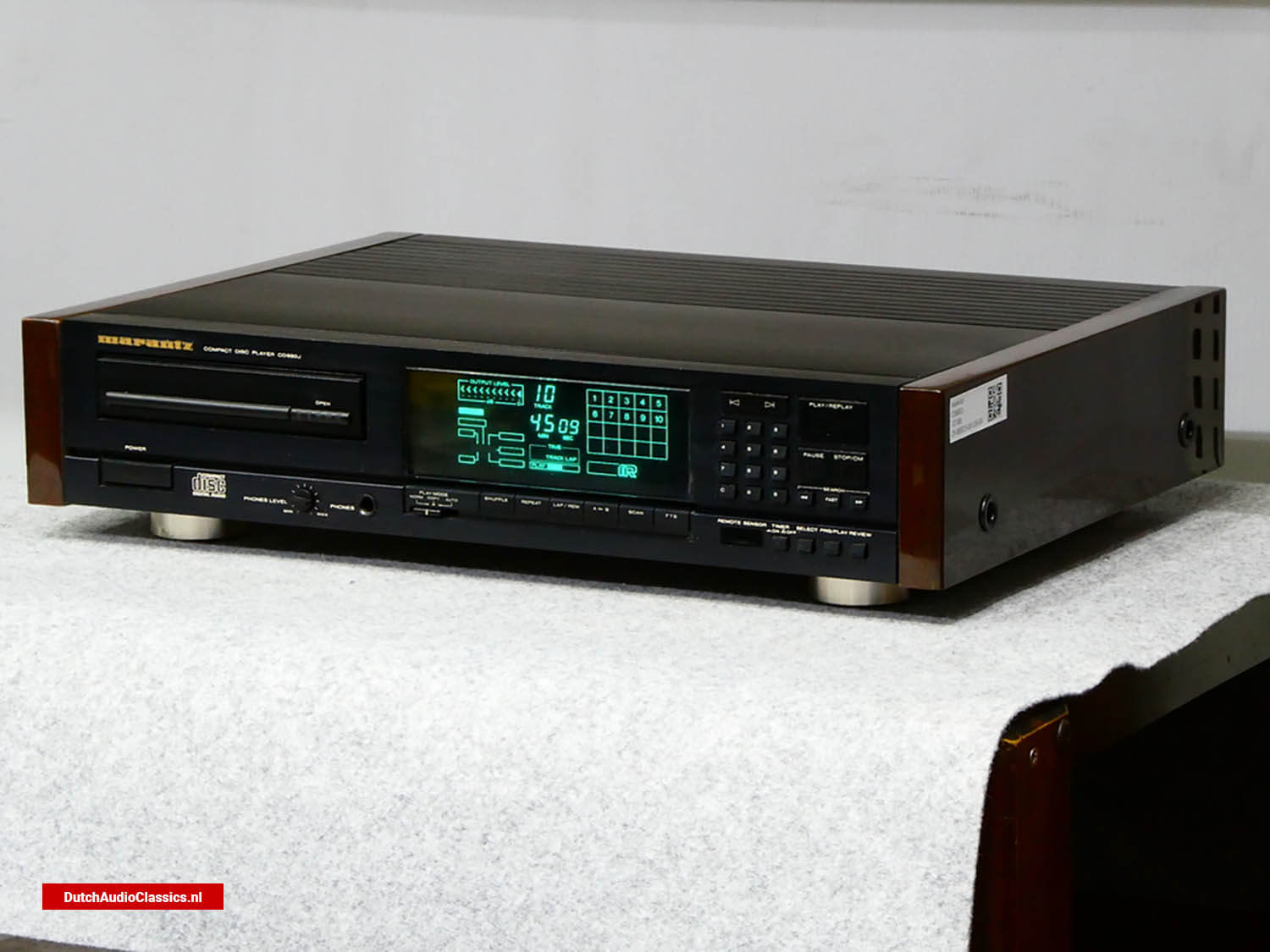 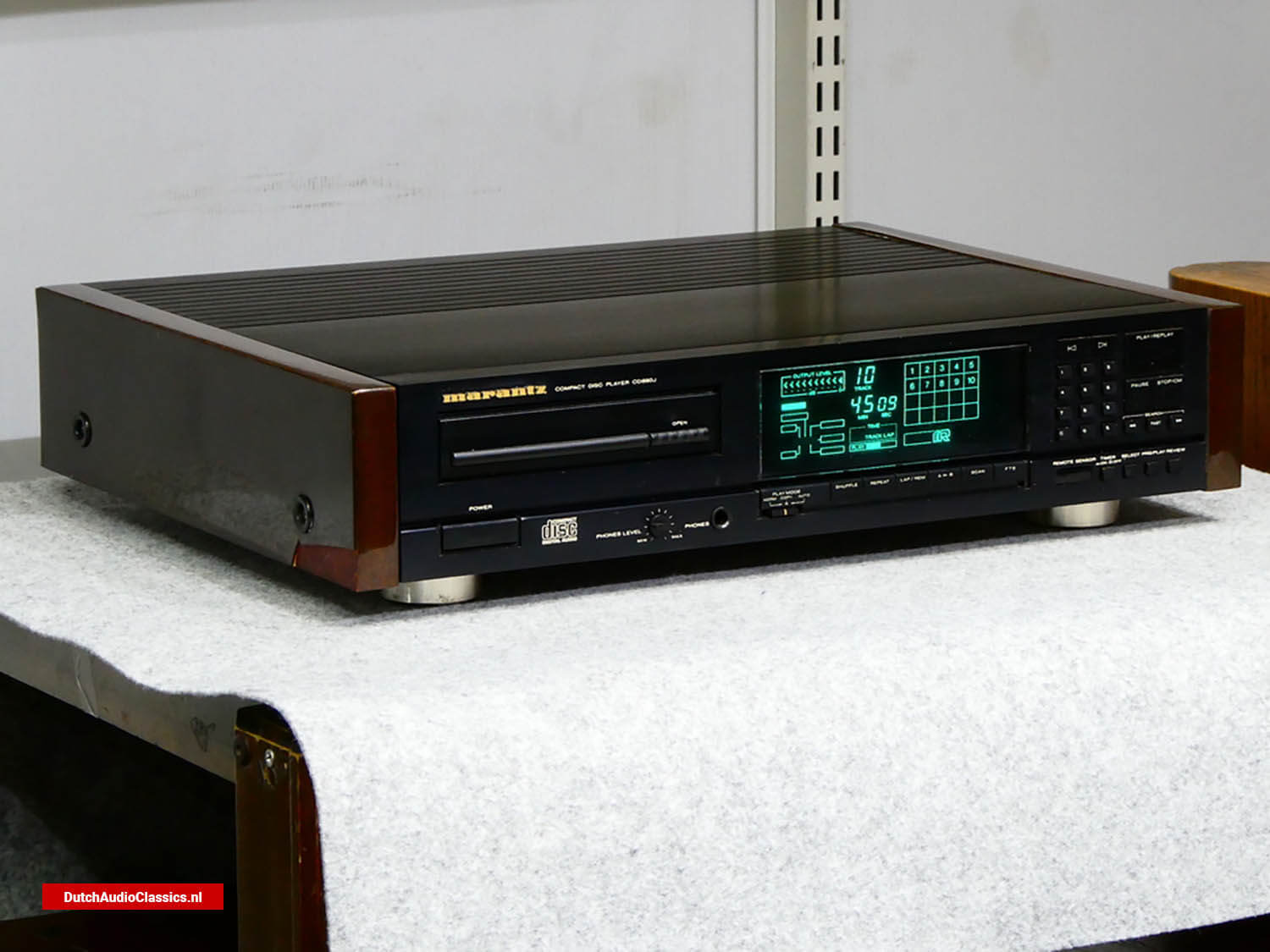 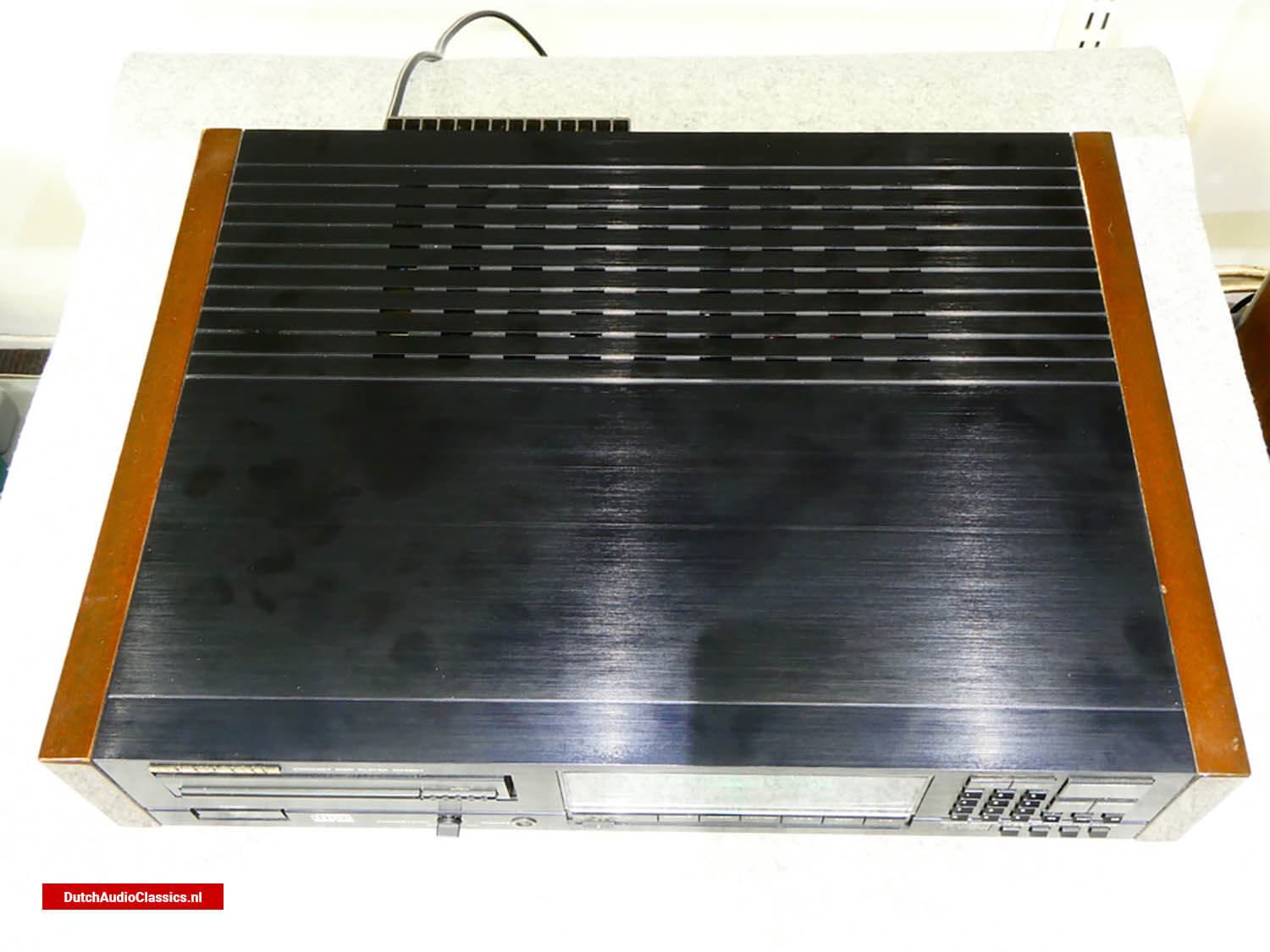 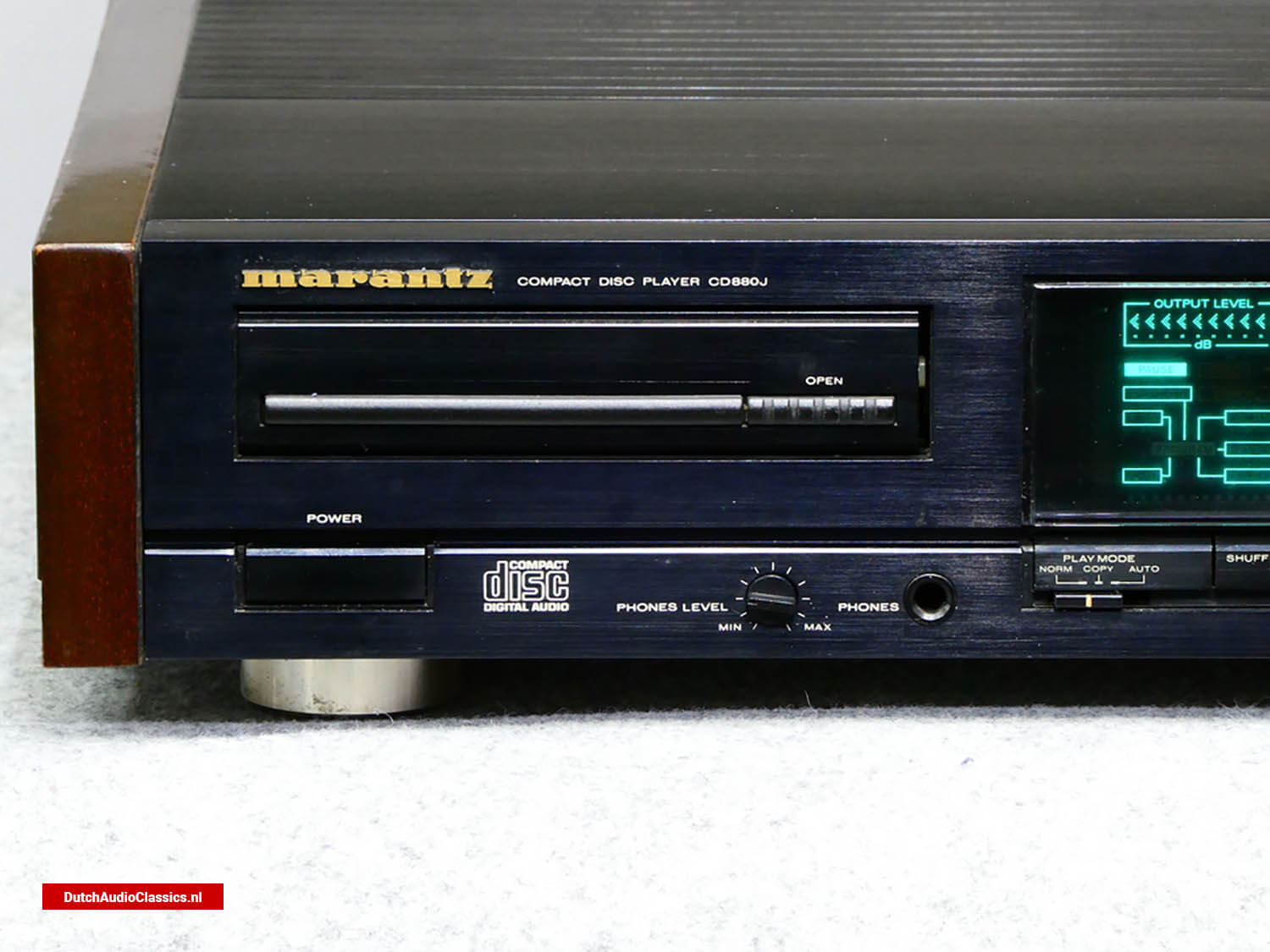 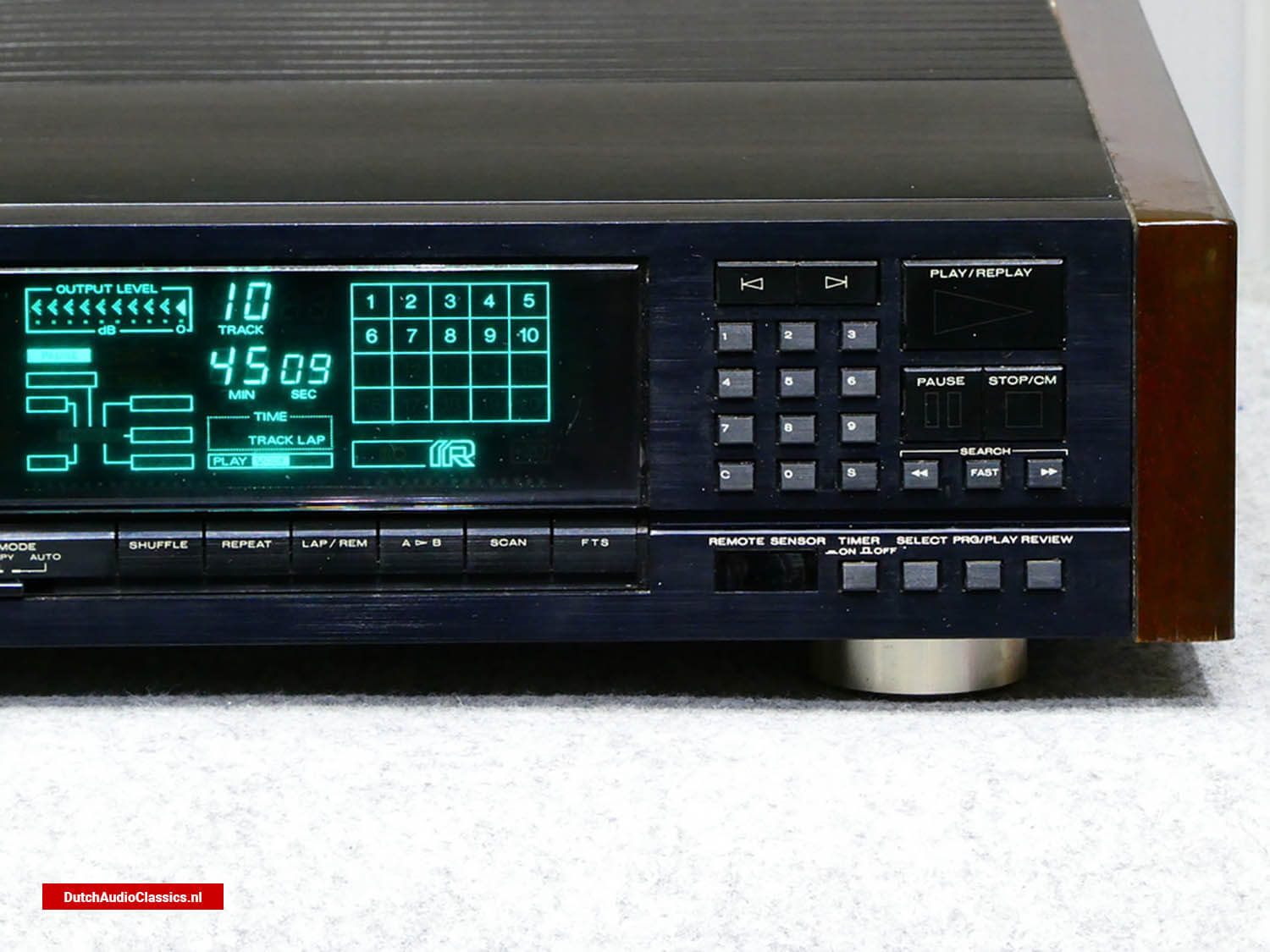 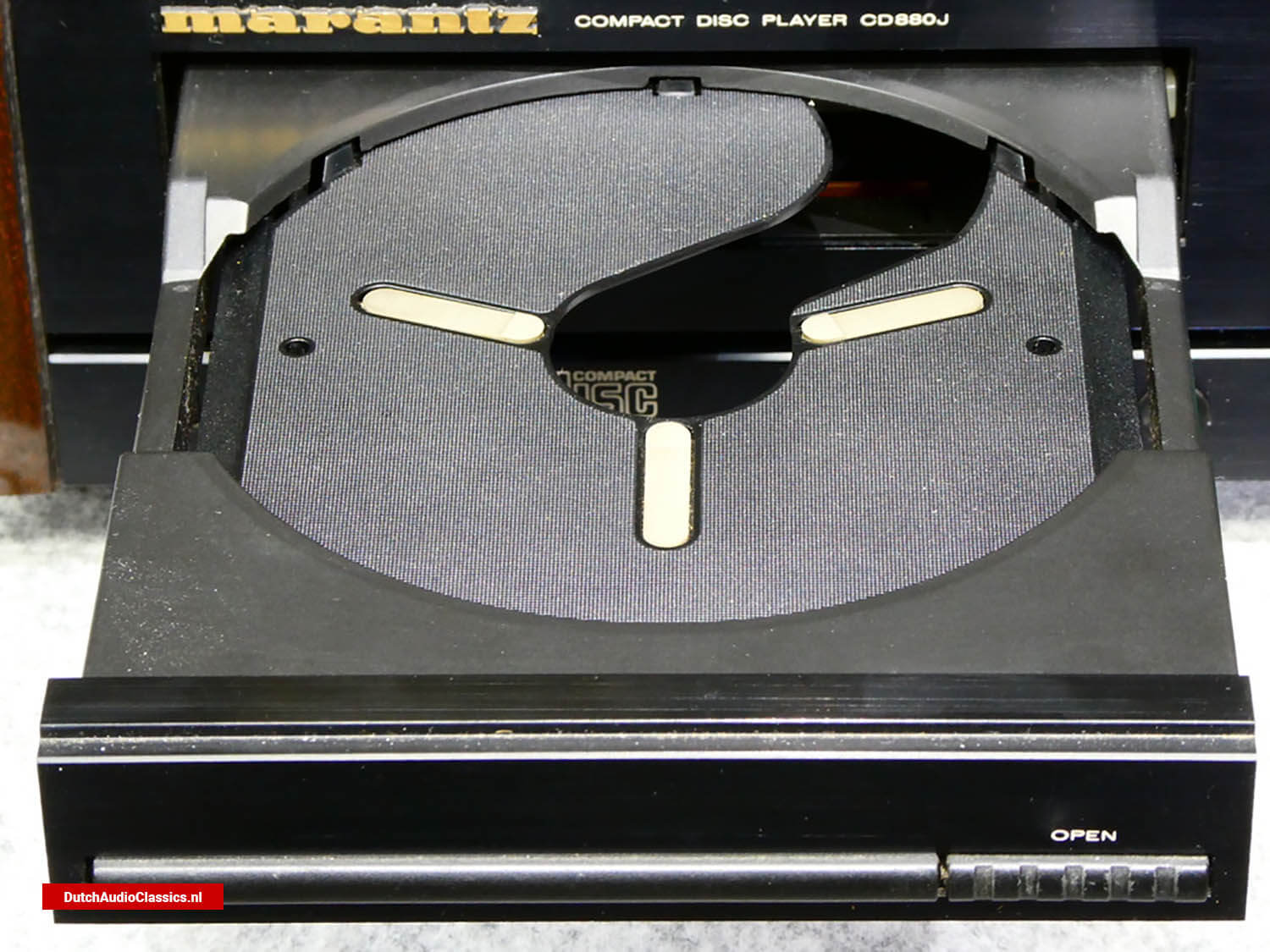 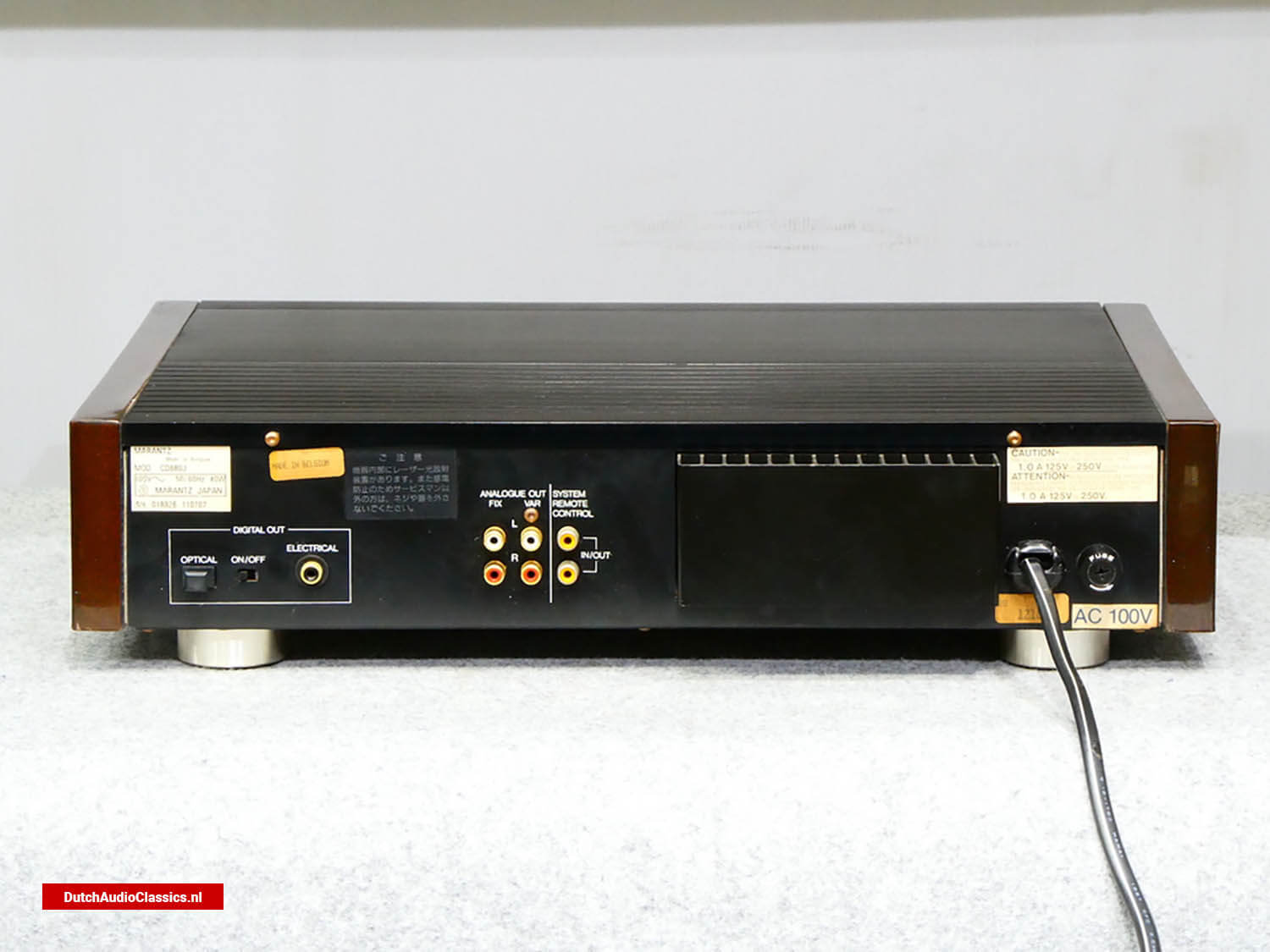 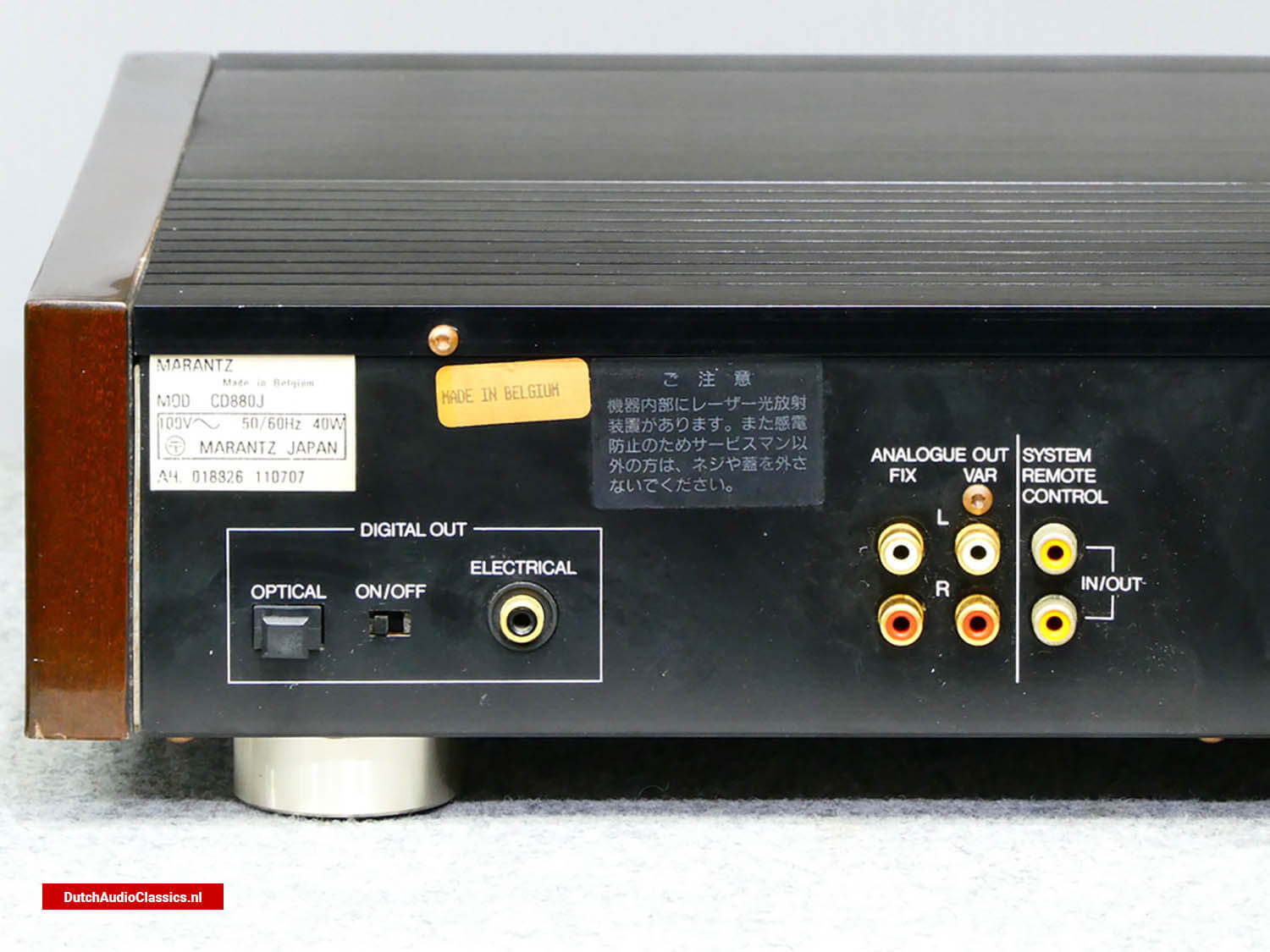 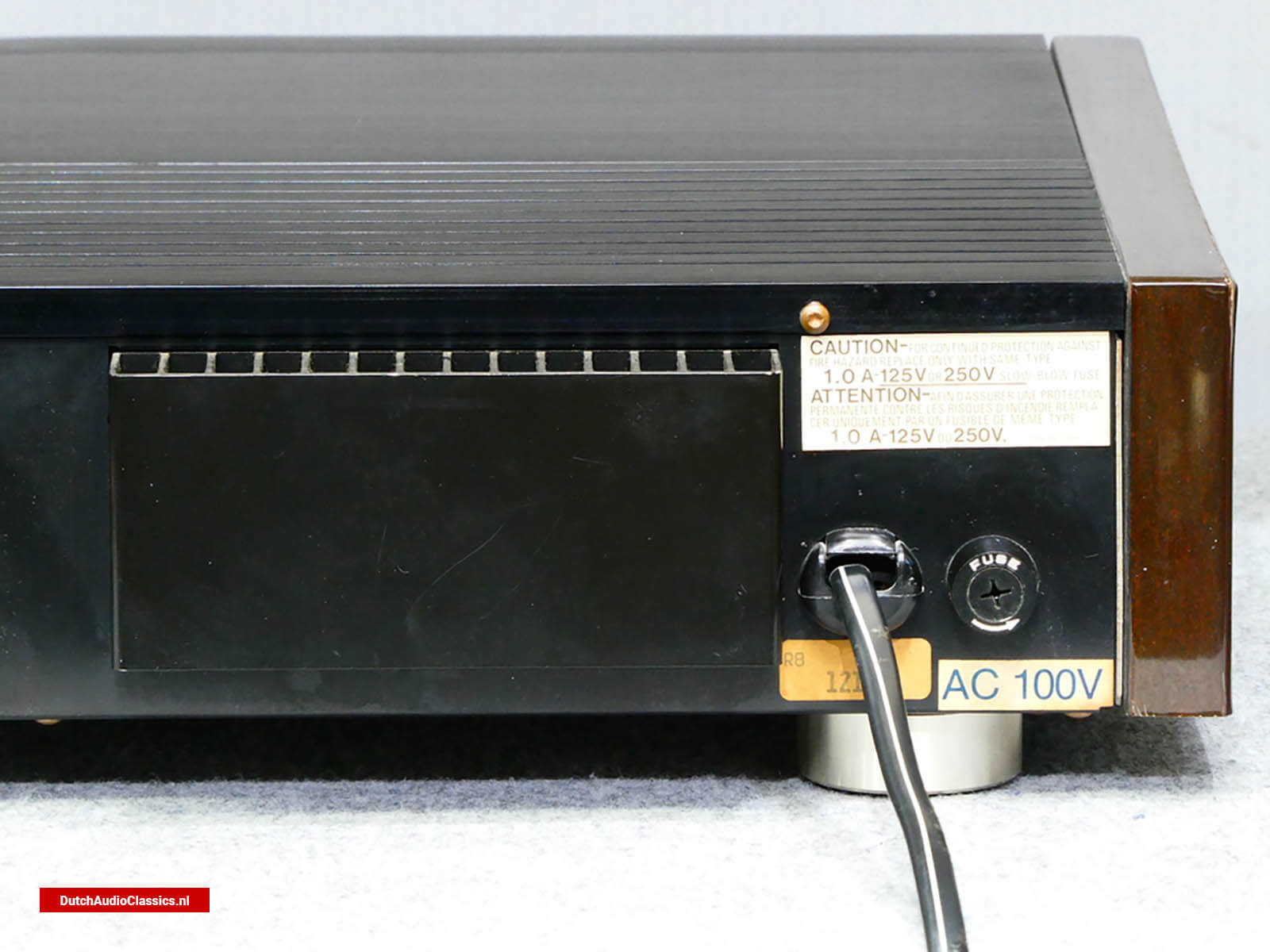 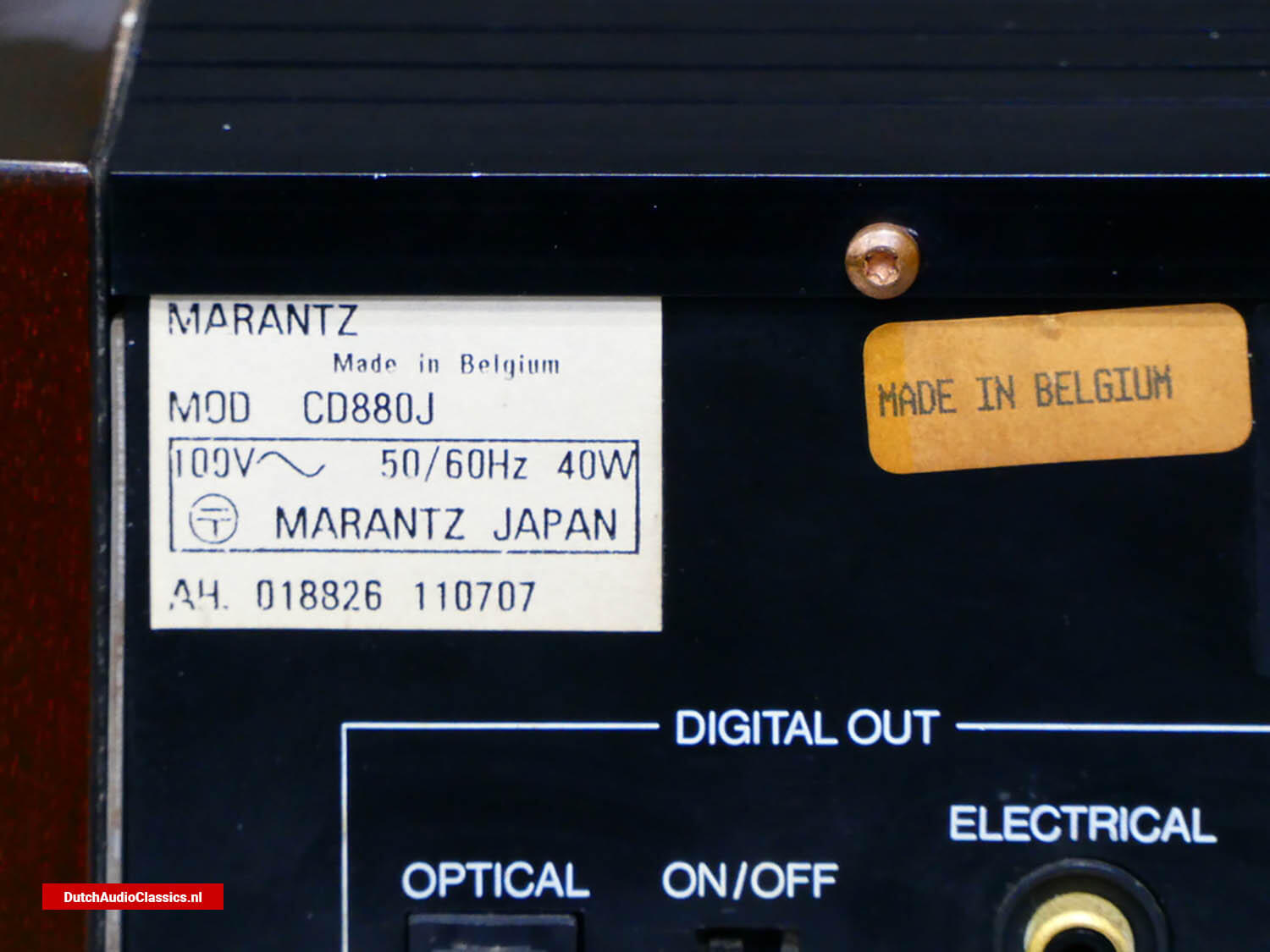 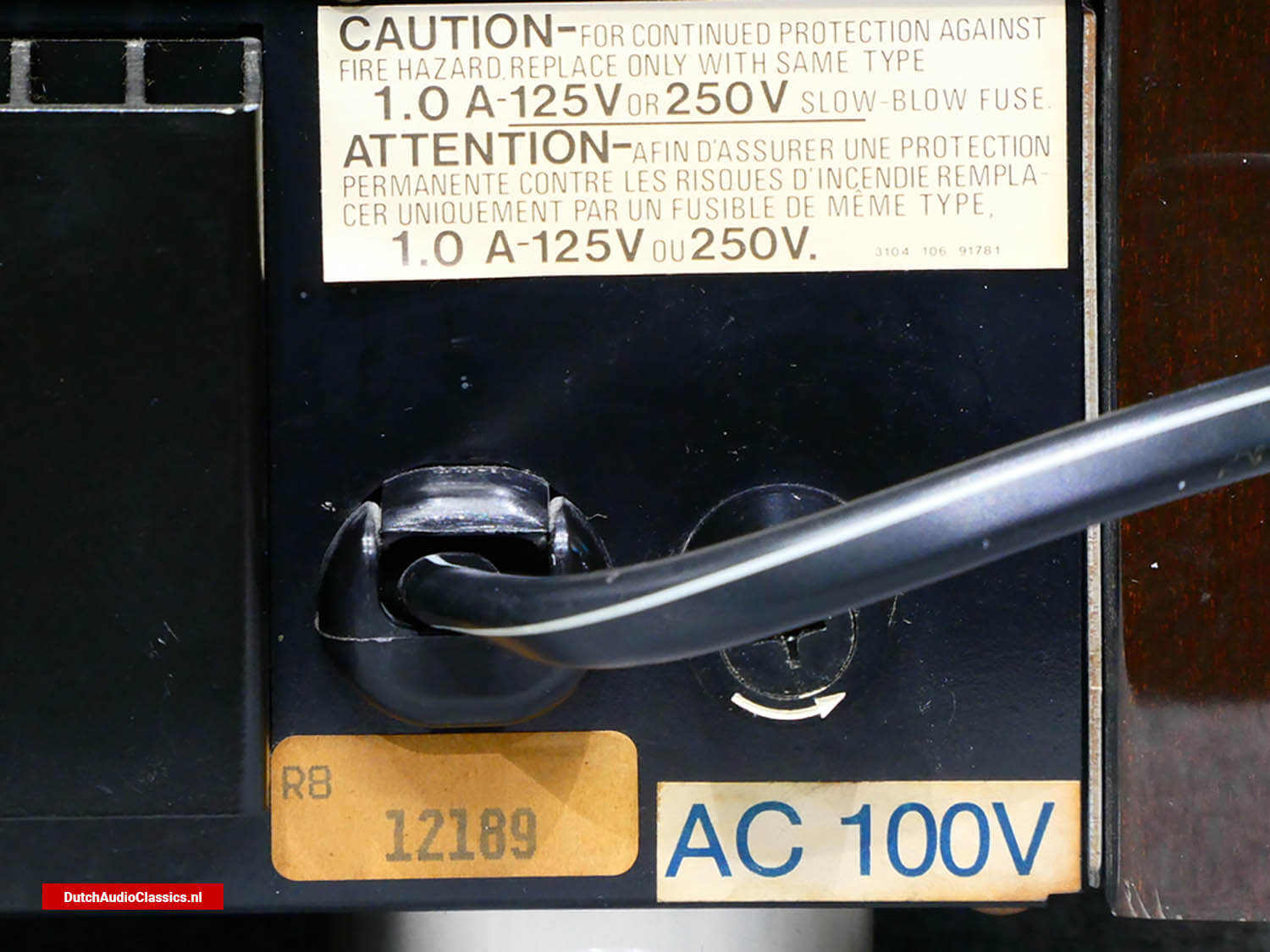