Experience the Revolutionary Sound of the Compact Disc. A Look at an early PolyGram's Compact Disc Brochure.

The Compact Disc, or CD, was a revolutionary technology in the world of music. Developed jointly by Philips and Sony, the CD was first introduced to the market in the early 1980s. One of the first companies to embrace the new technology was PolyGram, a multinational entertainment company and major music record label.

This brochure, dating back to the pre-release period of the CD, is a fascinating glimpse into the early days of the technology. The brochure, which is the size of a traditional LP sleeve, was designed to showcase the difference in size between the CD and LP. On one page, a picture of a CD in real size is shown to give an idea of how small the disc actually is.

The brochure also highlights the key features of the CD technology. The sound on a CD is read by a laser beam, as opposed to a traditional playback needle, which means that there is no wear and tear on the disc. This also means that the sound is always perfect, no matter how many times the disc is played. Additionally, the reflective surface of the CD shows a beautiful rainbow effect and is protected by a translucent layer which makes it easy to clean.

The brochure ends with a quote from Herbert von Karajan, one of the greatest conductors of the 20th century, who was deeply impressed by the sound of the CD. He said "After this, everything else is gaslight".

We are excited to be able to offer visitors to our website the opportunity to view this piece of history and learn more about the early days of the Compact Disc. Along with the text of the brochure, we have also included scans of the original brochure, so that you can see for yourself the striking difference in size and the rainbow effect of the reflective surface of the Compact Disc.

The laser-read, digital Compact Dics is probably the end station in the field of sound reproduction. In a relatively short time, we learned about the long-playing record, stereo sound and digital recording technology. Piece by piece, significant technical advances. But this is the very last step. The Compact Disc delivers pure full-bodied sound. It cannot get any better.

This brochure is the size of a normal LP sleeve. PolyGram's new Compact Disc is the size of this little plane. The Compact Disc is single-sided playable, but has an uninterrupted playing time of up to a full hour. Each record is packaged in a sturdy, hinged plastic box, which, like the LP cover, contains detailed information.

That is the most striking feature. The new system has no playback needle. The sound is read by a laser beam, projected onto the record. Just as your eye reads these words, the laser reads the music. No needle, not an ounce of weight touches the Compact Disc. So there is no wear and tear. Only perfection.

The reflective surface of the Compact Disc shows a surprising rainbow effect. The miniscule pits, read by the laser as sound, are first made reflective with a layer of aluminium. Then the entire surface is finished with a translucent protective layer. Dust, fingerprints and dirt can be easily removed. A scratch matters little. The Compact Disc does not wear out. Never.

Digital recording technology is already used for special conventional LPs. Digital playback via the new Compact Disc system reproduces that sound perfectly. When Herbert von Karajan first listened to that, he was deeply impressed. "After this", said the great conductor, "everything else is gaslight". For quite some time now, a comprehensive catalogue of both popular and classical records has been hard at work.

More than 30 manufacturers around the world currently have prototypes of Compact Disc players in production. The first acquaintance with Compact Disc technology will be a revelation for everyone. You can be one of the first to experience it.

Music from light - a revelation.

The concept for this remarkable technology, the Compact Disc system, was developed jointly by Philips and Sony, in close cooperation with the record companies of the PolyGram group. 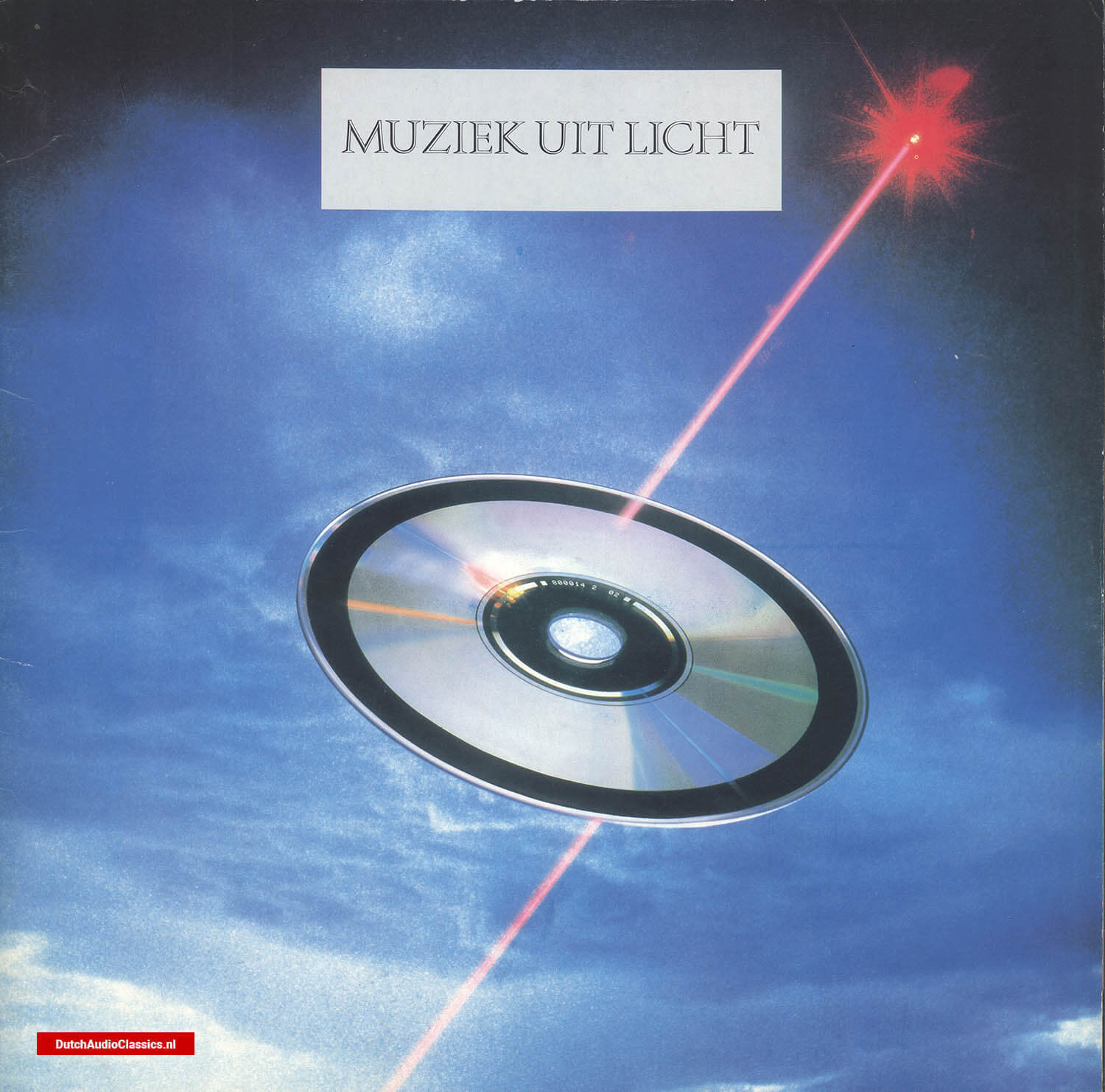 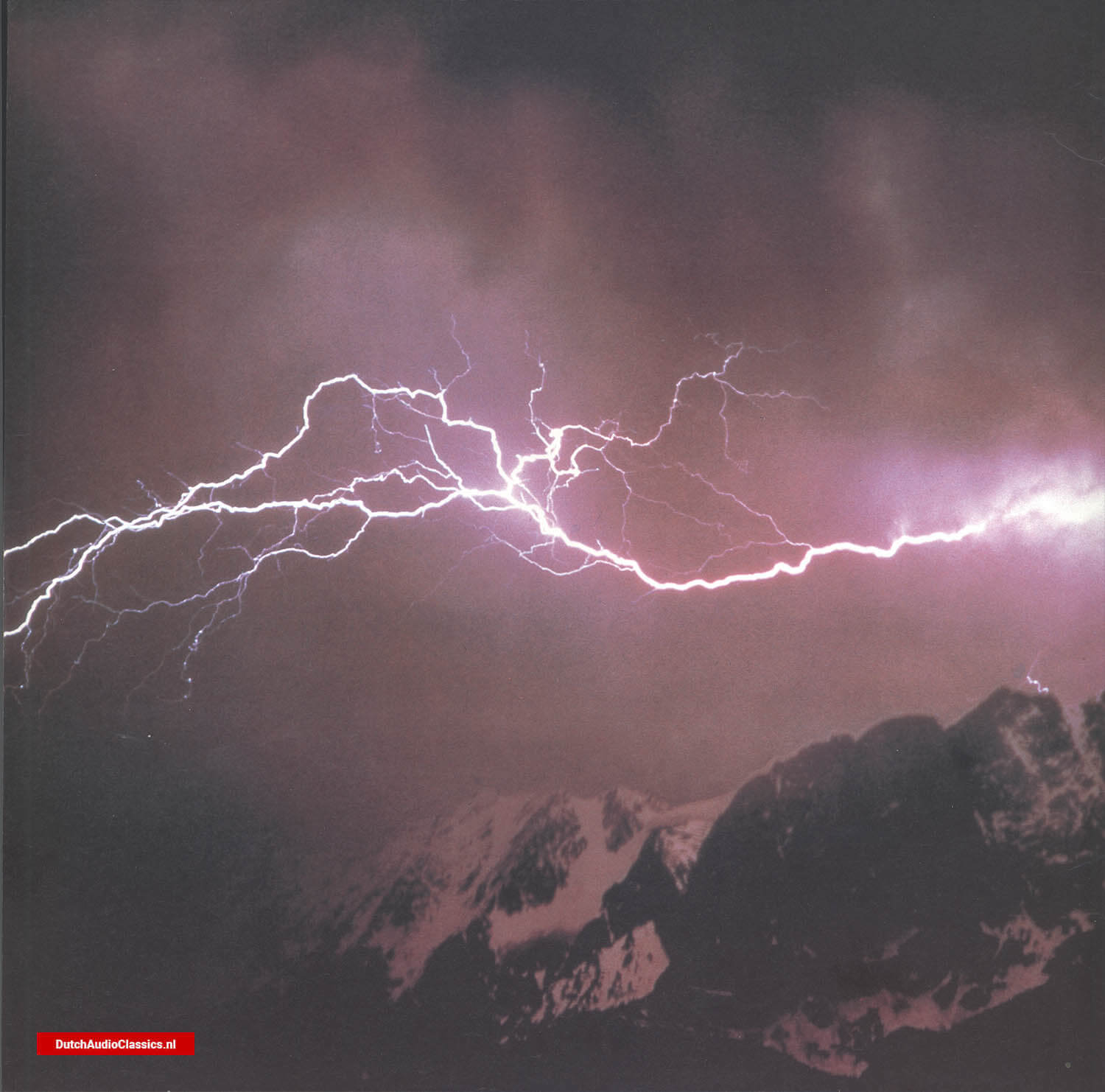 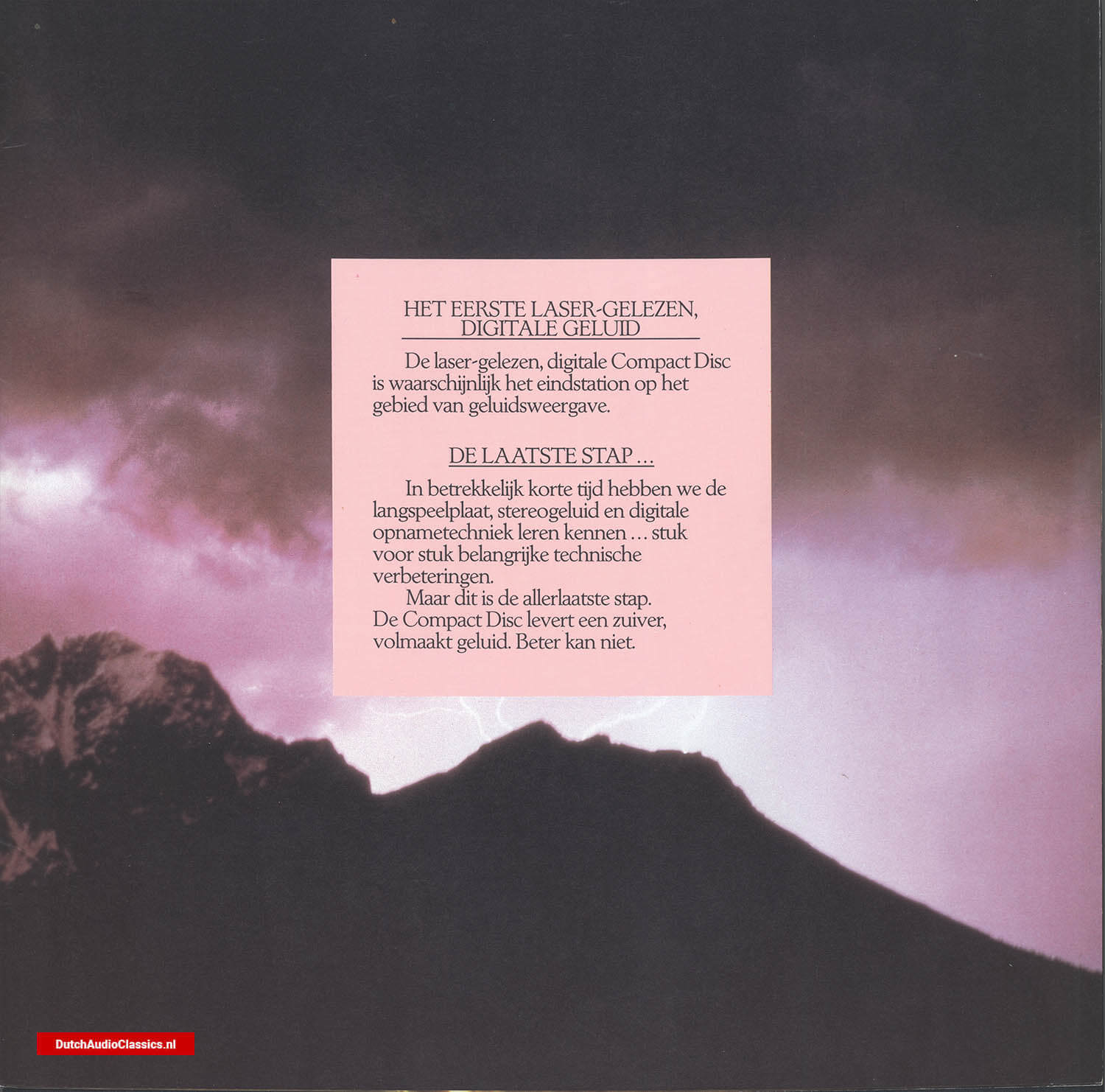 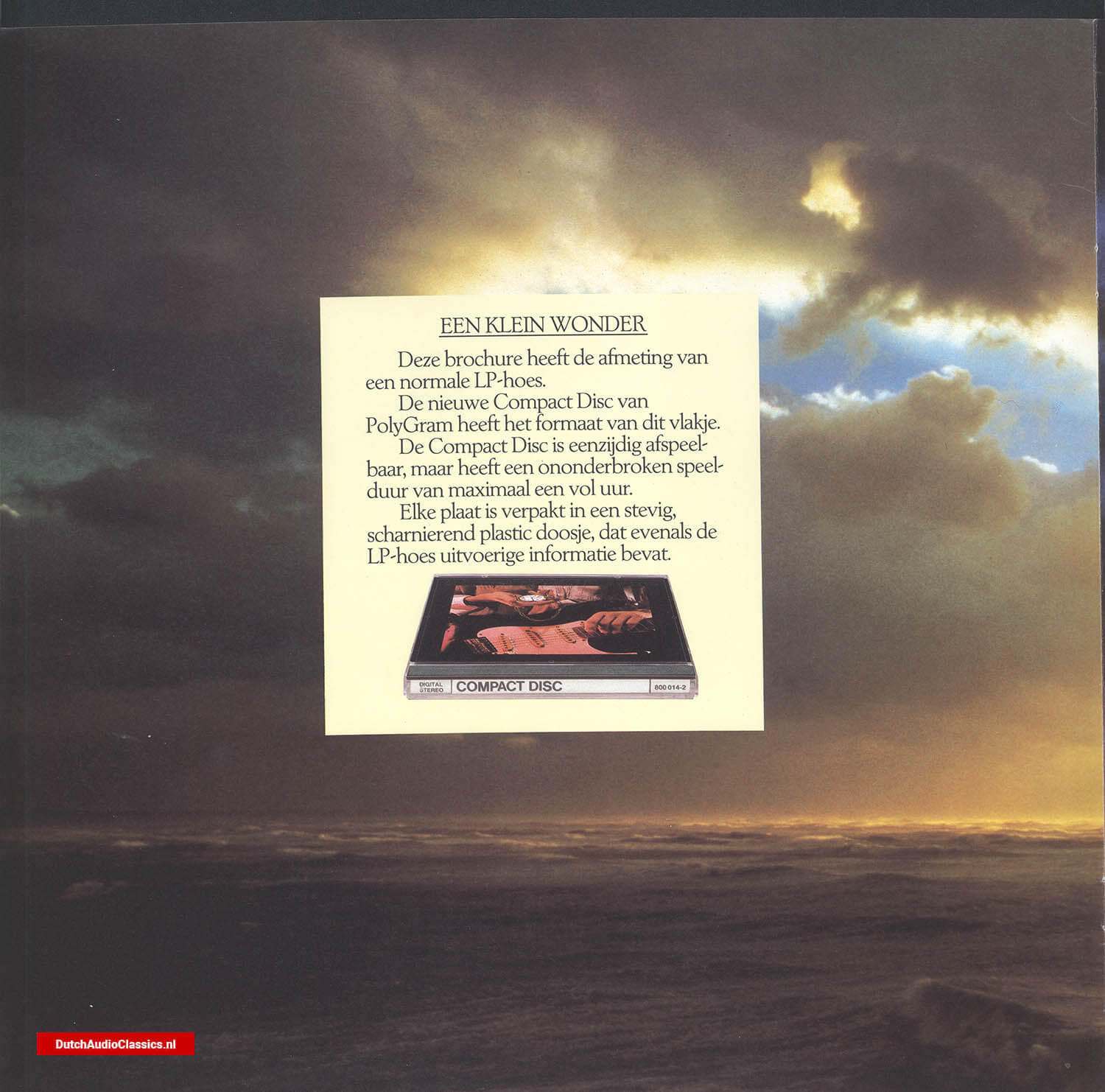 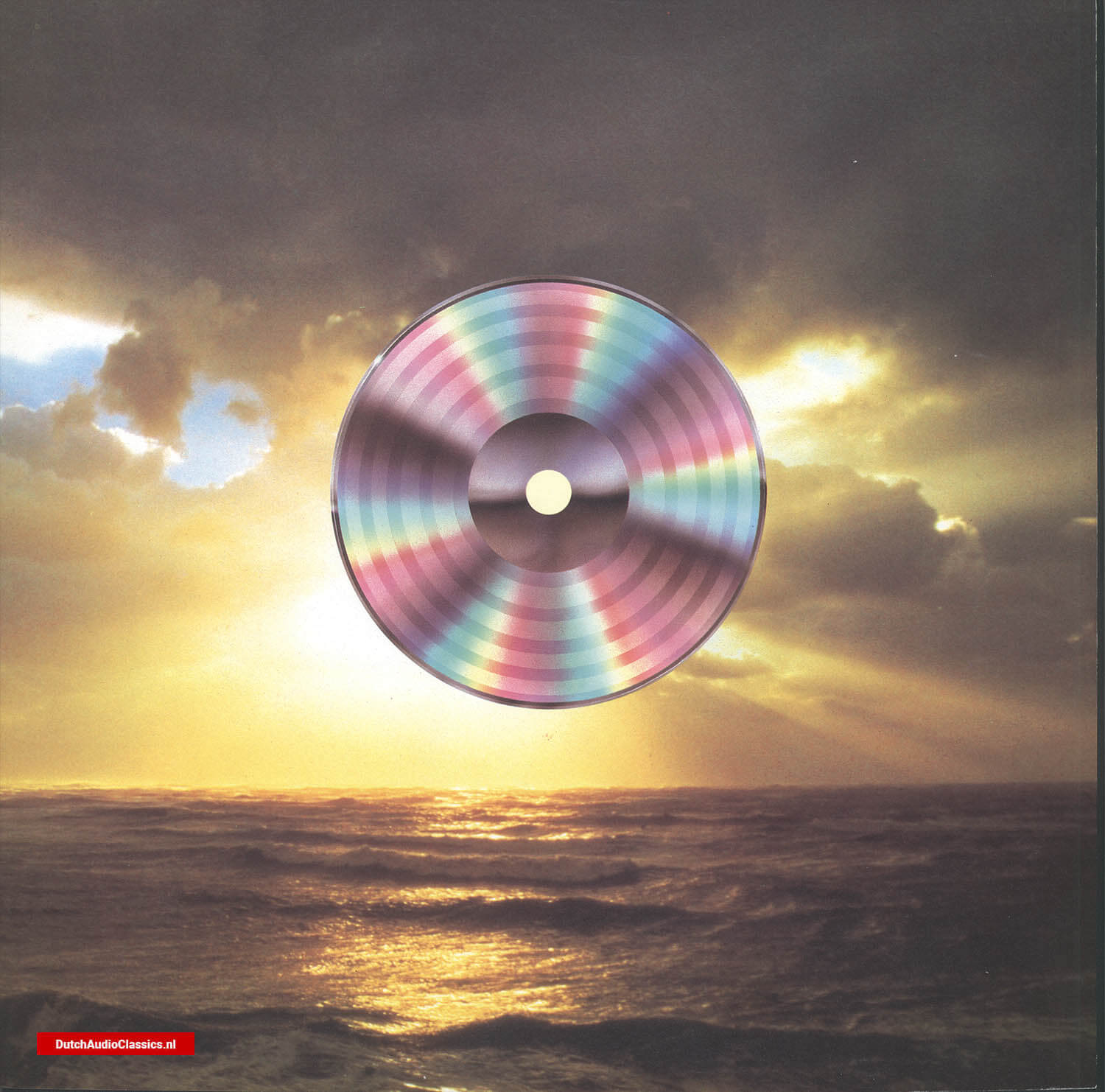 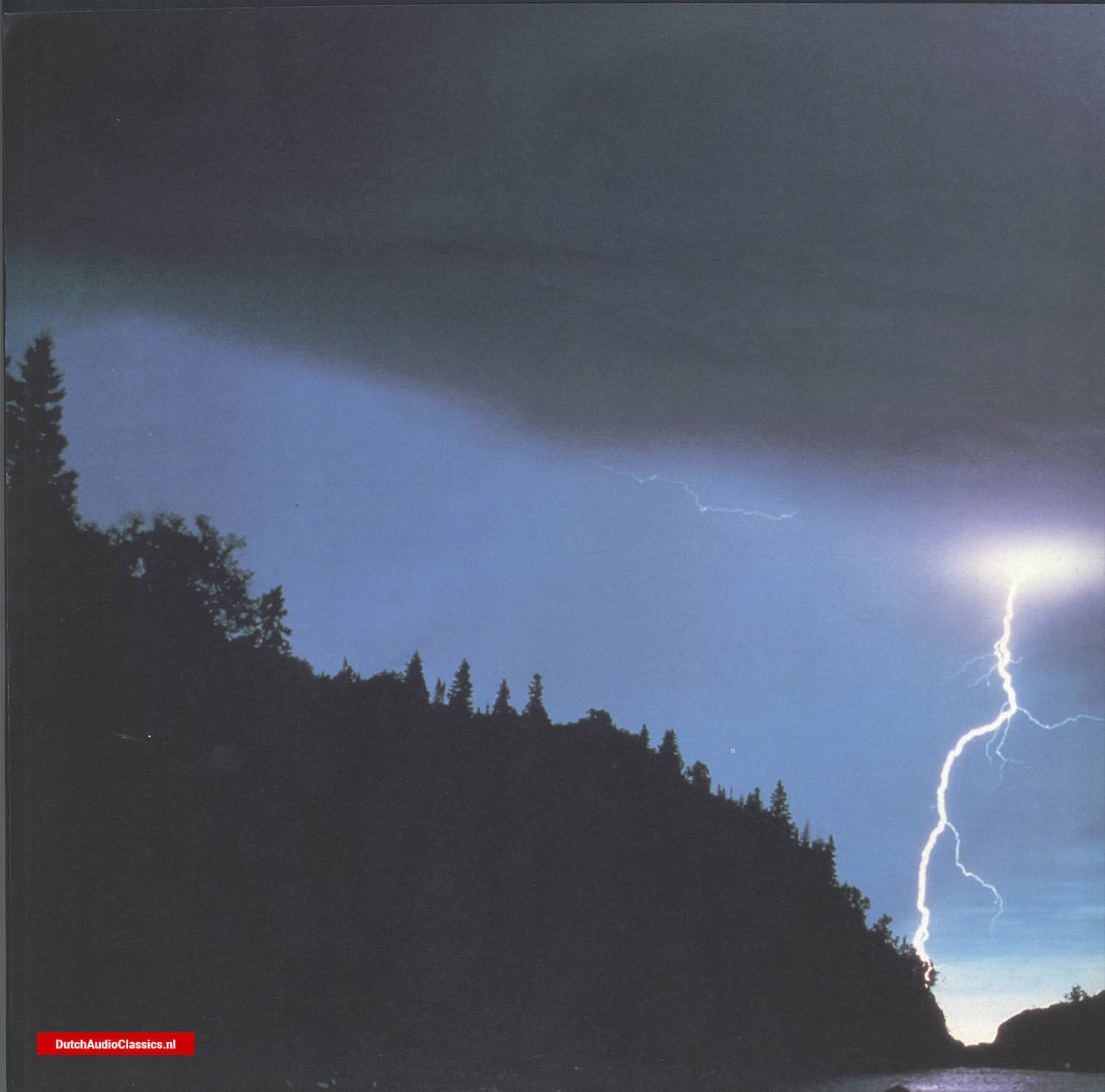 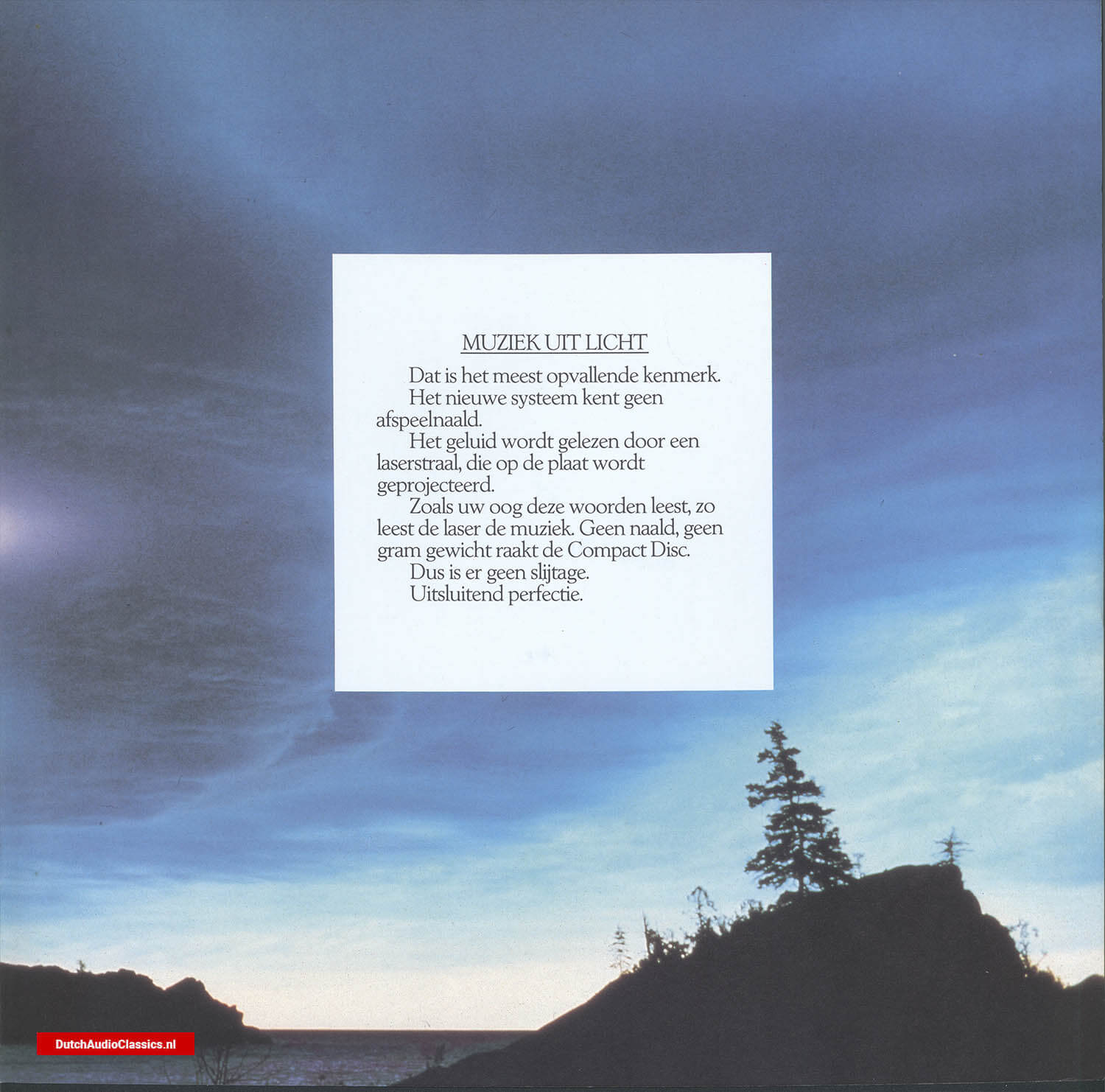 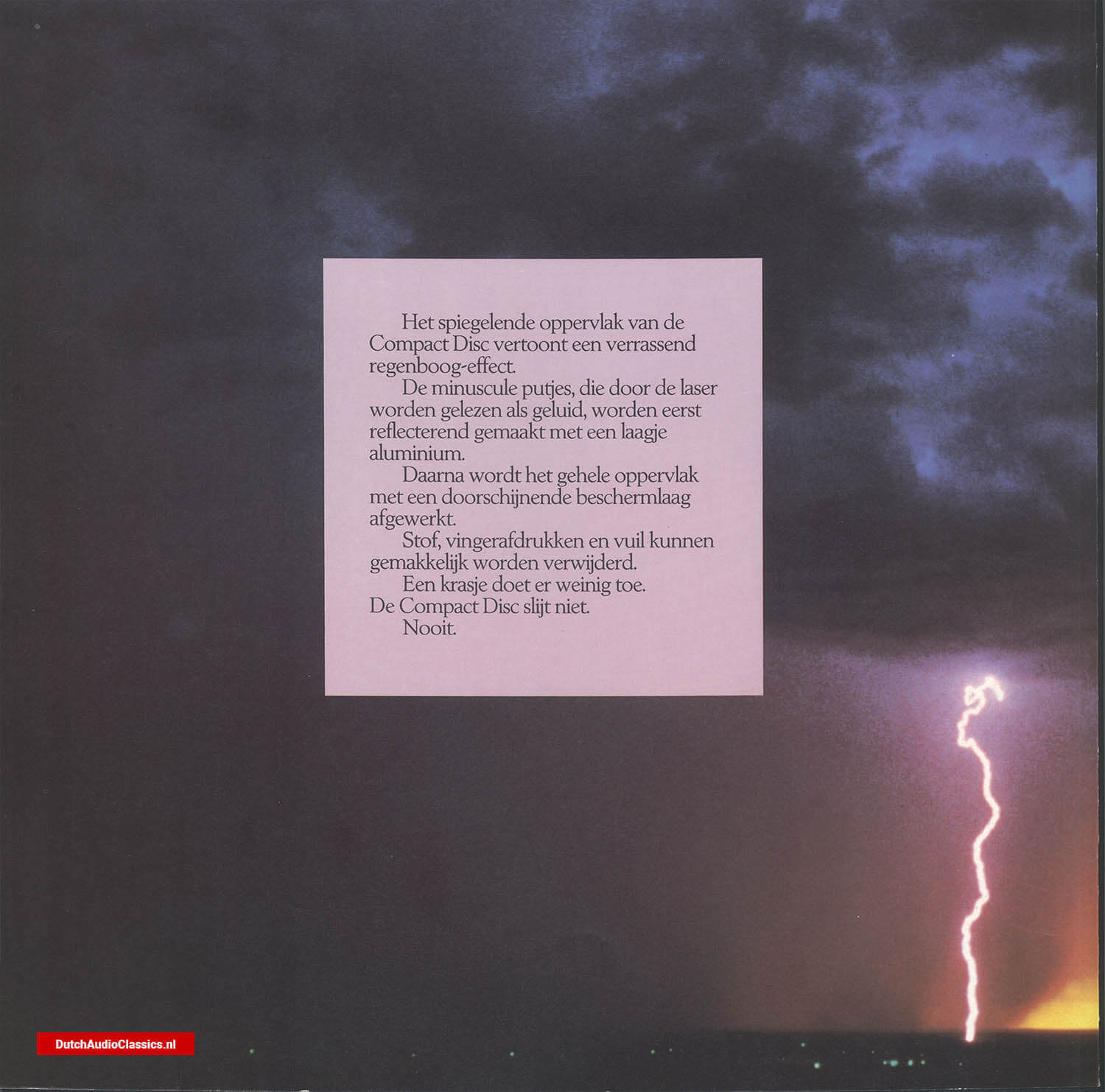 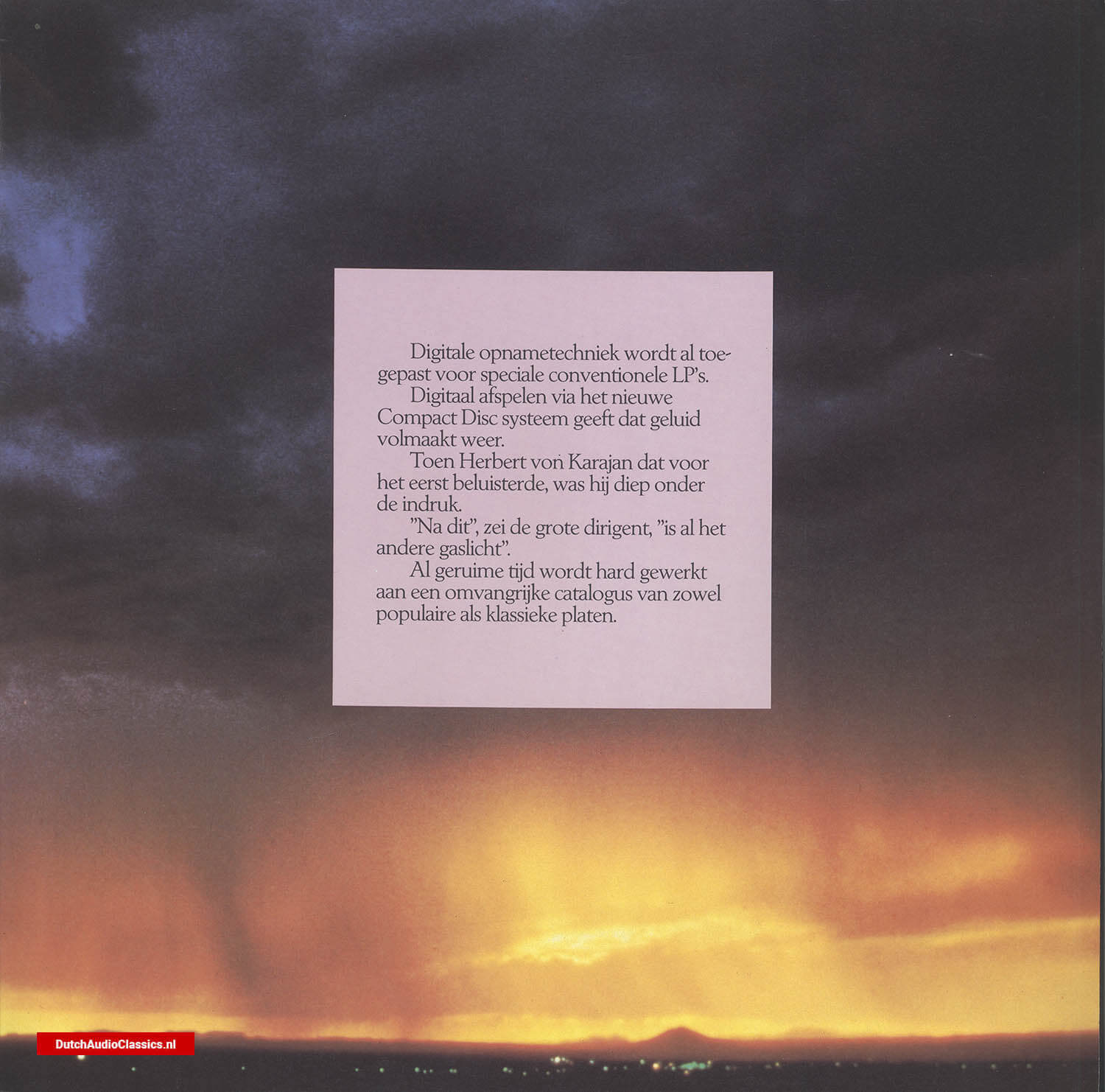 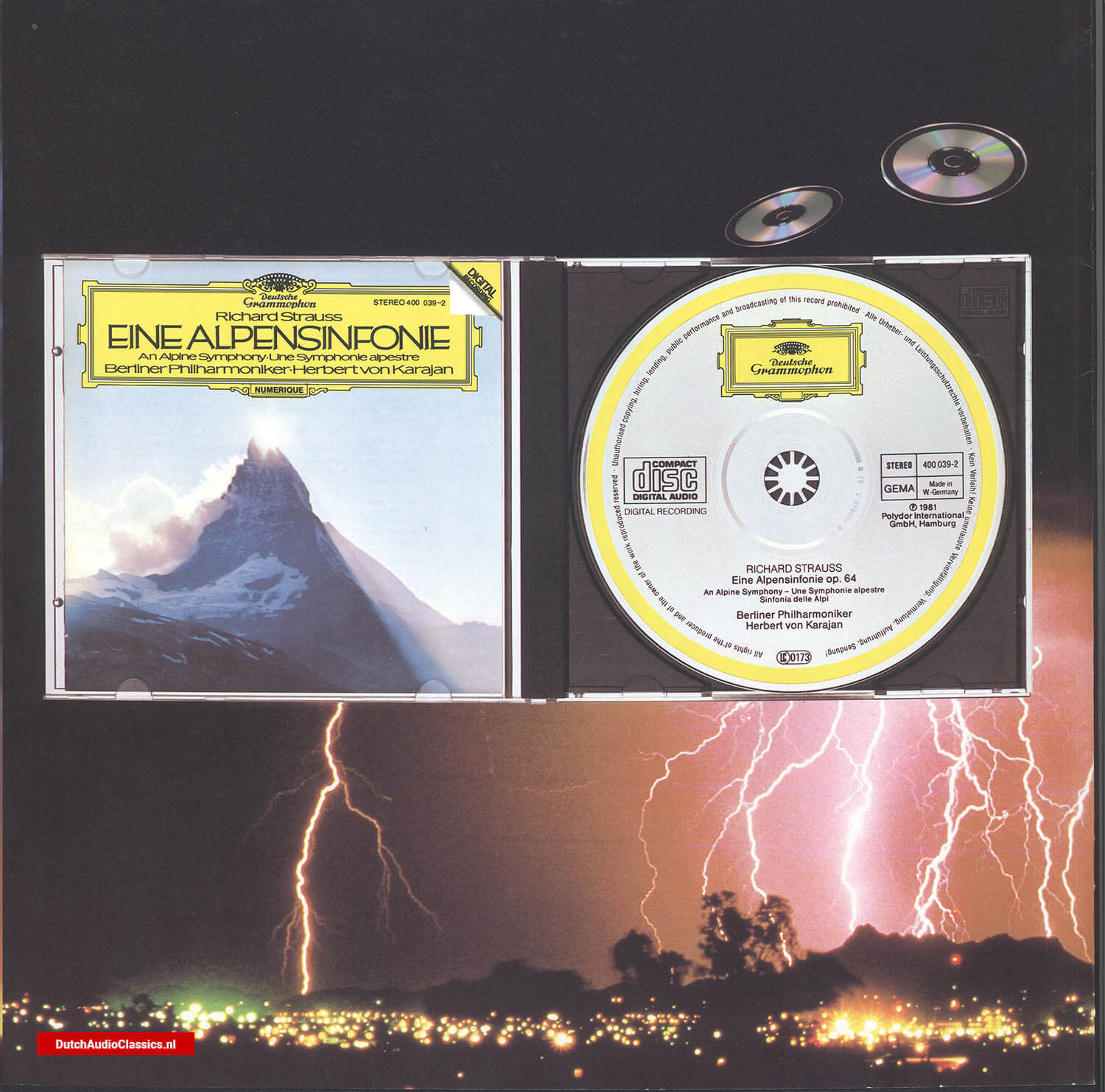 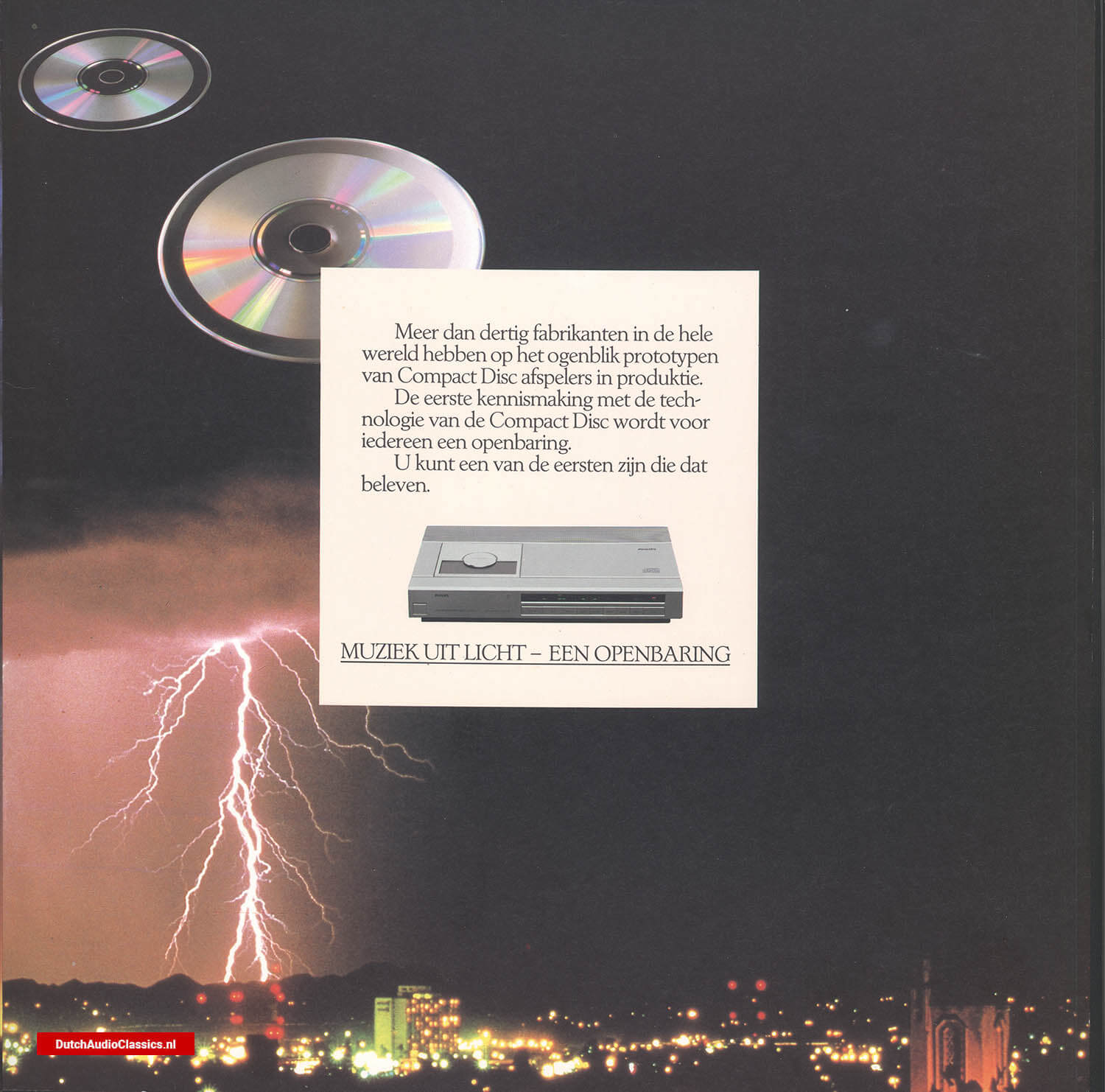 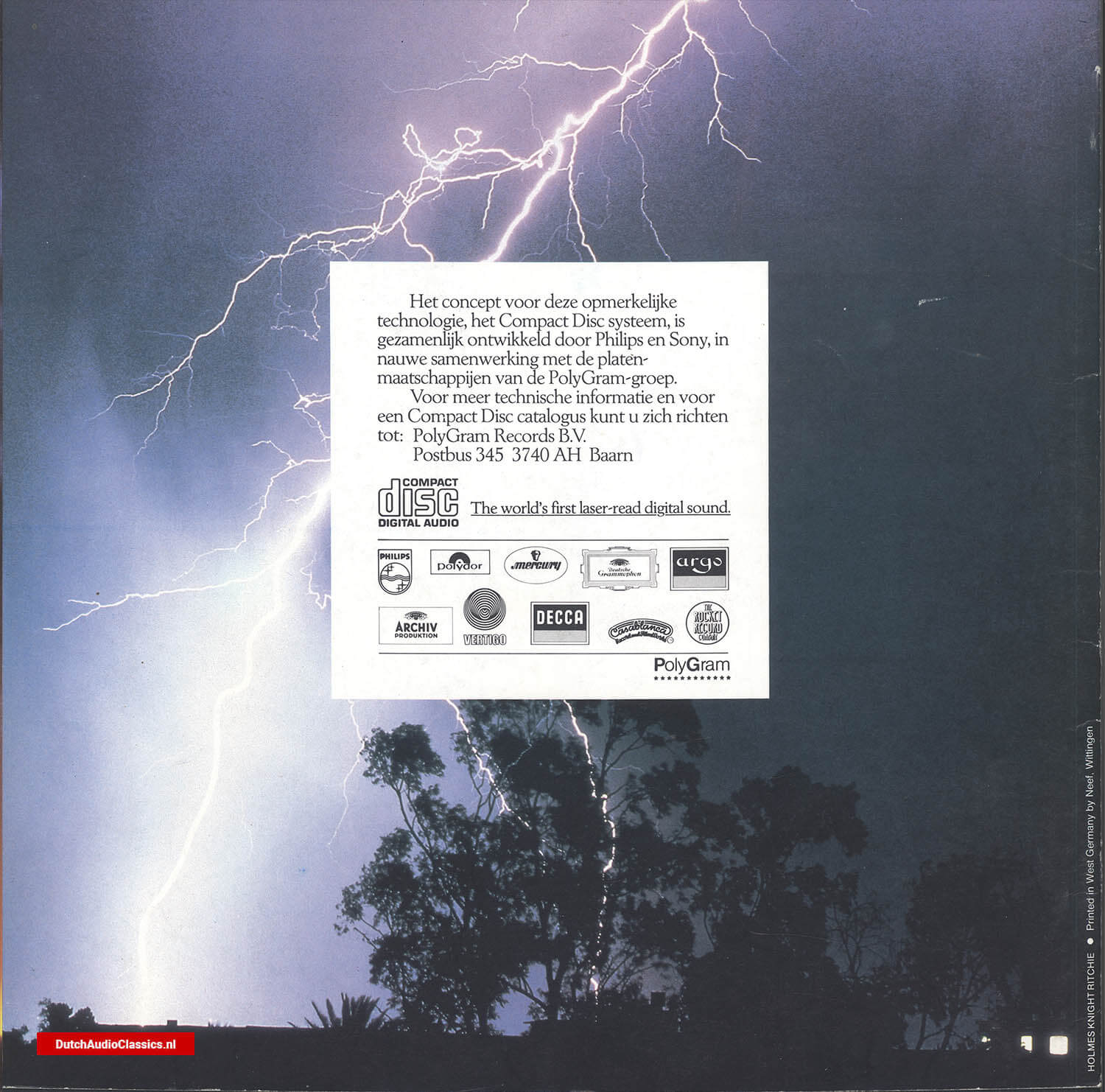