The new Marantz CD 50SE. How we perfected the winning Marantz CD65IISE.

So how did we perfect our award winning Marantz CD65IISE? A lot of people thought there was no way in which it could be improved. Even the experts were genuinely impressed with the Marantz CD65IISE. 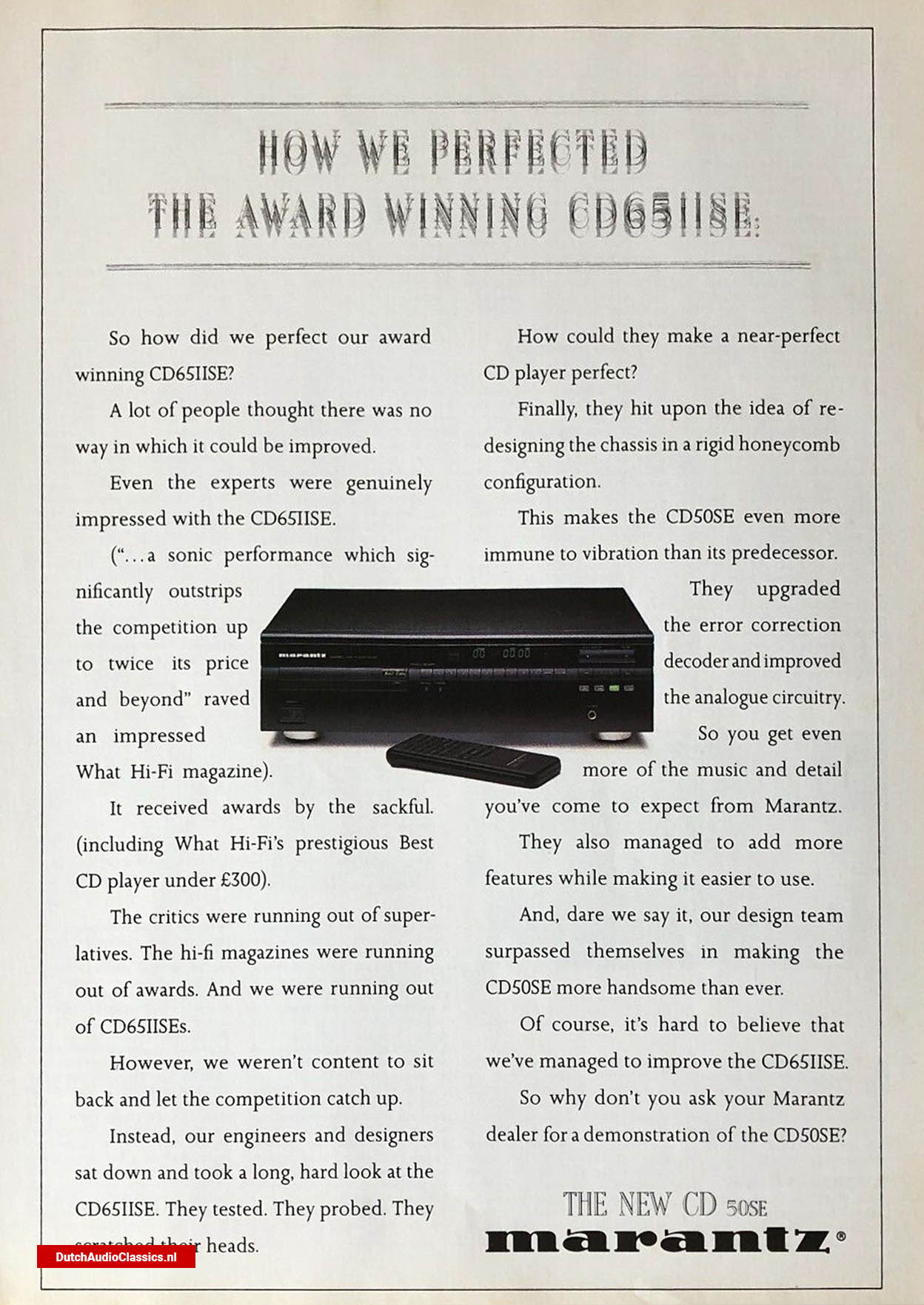 ("...a sonic performance which significantly outstrips the competition up to twice its price and beyond" raved an impressed What Hi-Fi magazine). It received awards by the sackful. (including What Hi-Fi's prestigious Best CD player under €300).

However, we weren't content to sit back and let the competition catch up. Instead, our engineers and designers sat down and took a long, hard look at the Marantz CD65IISE. They tested. They probed. They scratched their heads. How could they make a near-perfect CD player perfect?

Finally, they hit upon the idea of redesigning the chassis in a rigid honeycomb configuration. This makes the Marantz CD50SE even more immune to vibration than its predecessor. They upgraded the error correction decoder and improved the analogue circuitry. So you get even more of the music and detail you've come to expect from Marantz.

They also managed to add more features while making it easier to use. And, dare we say it, our design team surpassed themselves in making the Marantz CD50SE more handsome than ever.

Of course, it's hard to believe that we've managed to improve the Marantz CD65IISE. So why don't you ask your Marantz dealer for a demonstration of the Marantz CD50SE?